Finally, I believe in an America where religious intolerance will someday end—where all men and all churches are treated as equal—where every man has the same right to attend or not attend the church of his choice—where there is no Catholic vote, no anti-Catholic vote, no bloc voting of any kind—and where Catholics, Protestants and Jews, at both the lay and pastoral level, will refrain from those attitudes of disdain and division which have so often marred their works in the past, and promote instead the American ideal of brotherhood. 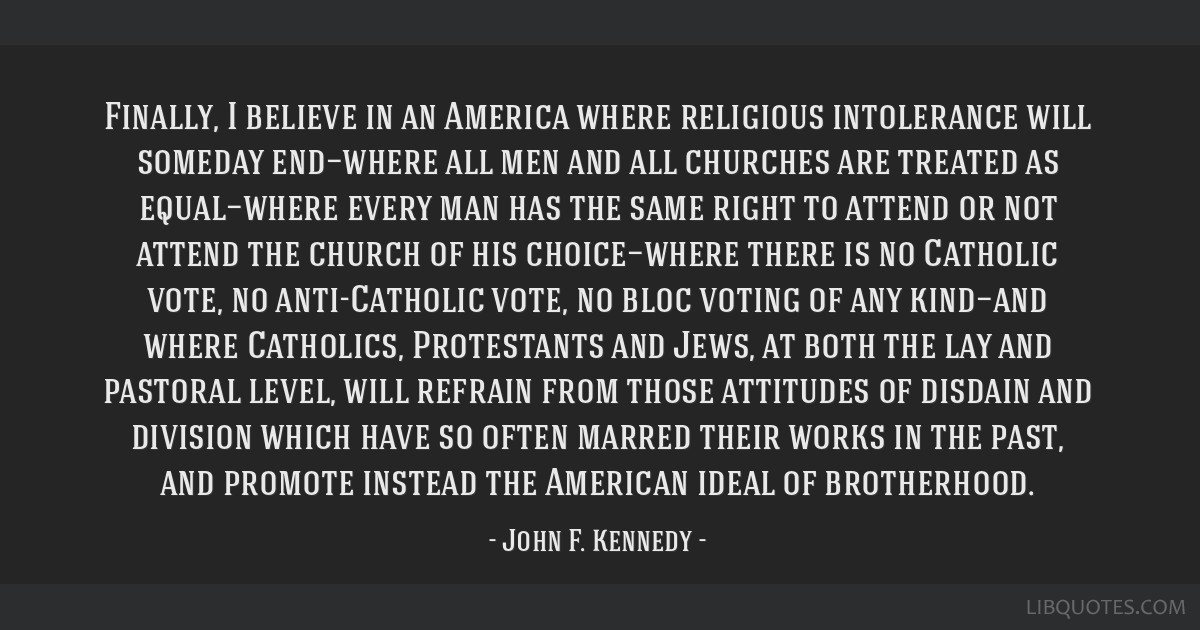 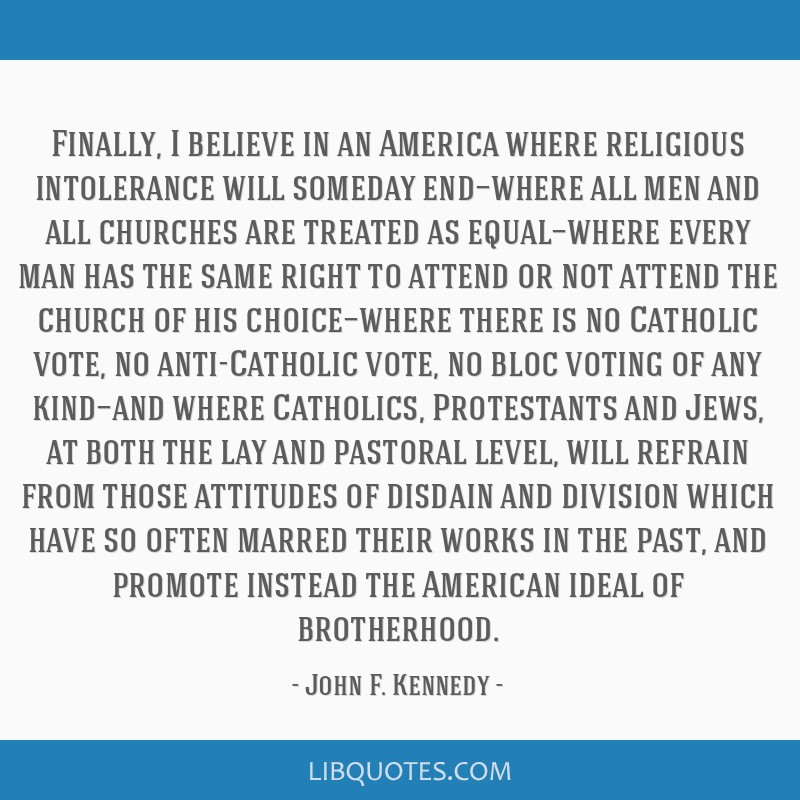 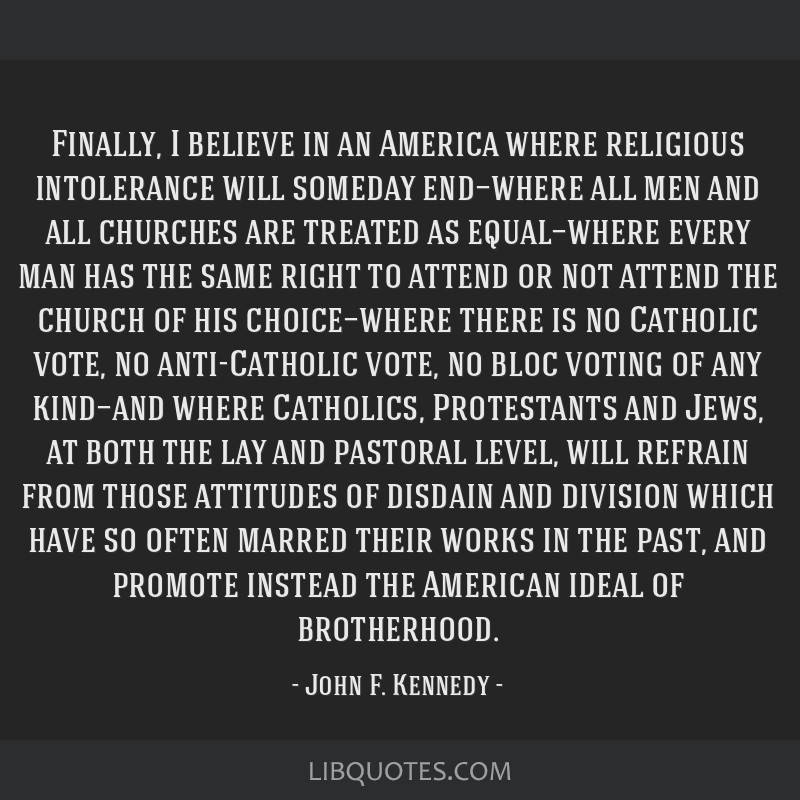