For more than 3 years I have spoken about the New Frontier. This is not a partisan term, and it is not the exclusive property of Republicans or Democrats. It refers, instead, to this Nation's place in history, to the fact that we do stand on the edge of a great new era, filled with both crisis and opportunity, an era to be characterized by achievement and by challenge. It is an era which calls for action and for the best efforts of all those who would test the unknown and the uncertain in every phase of human endeavor. It is a time for pathfinders and pioneers. 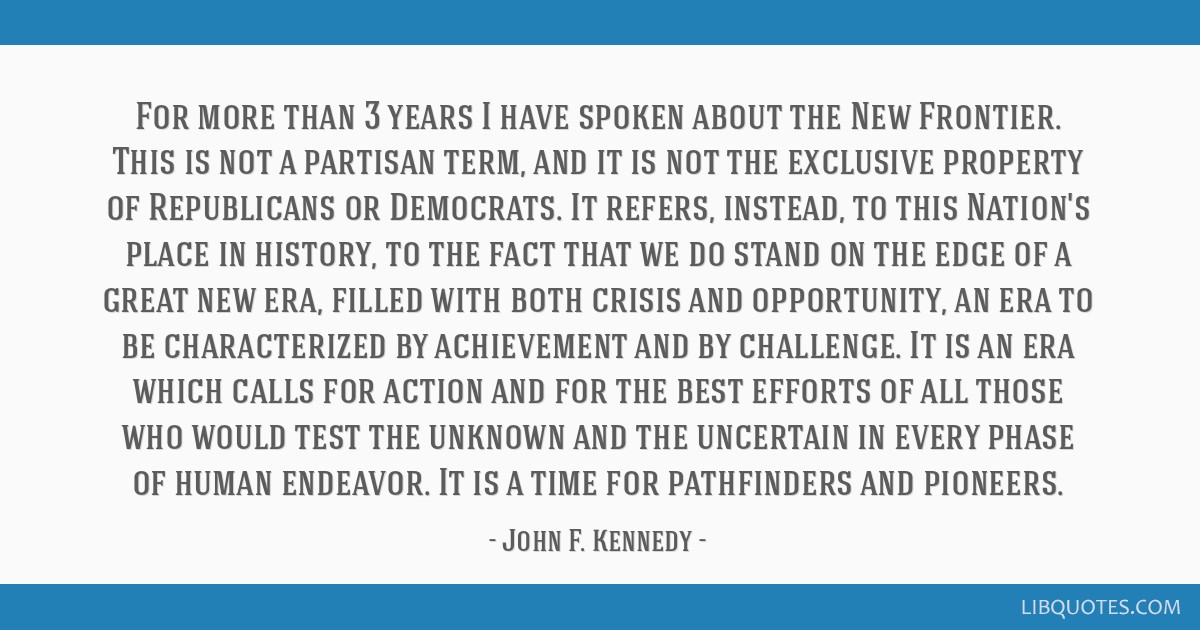 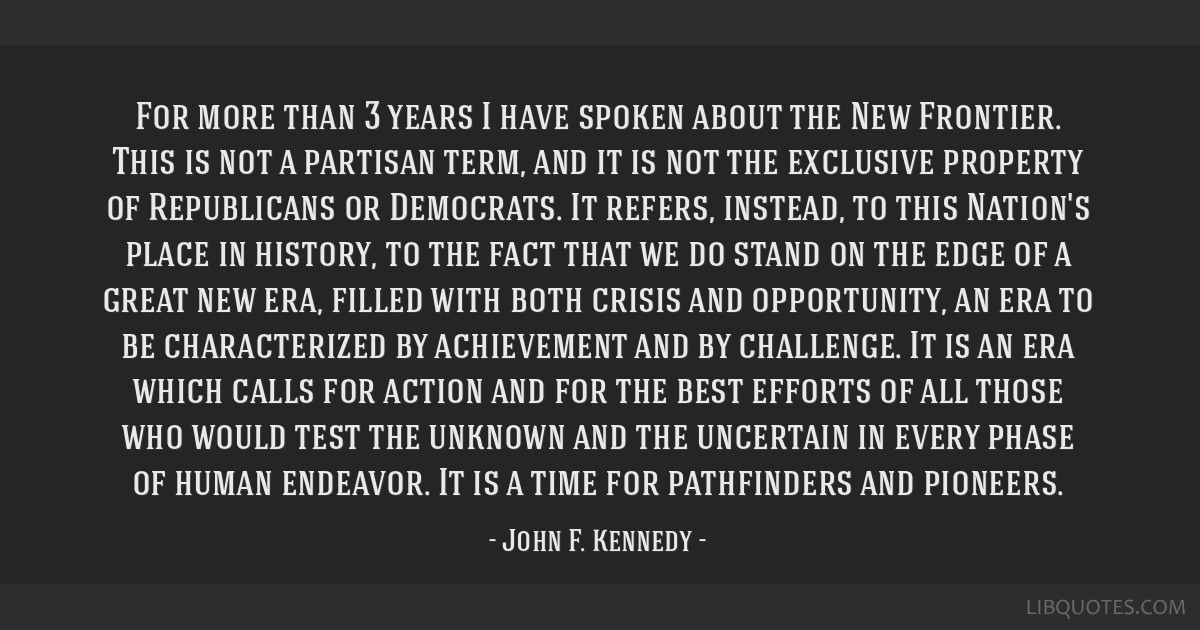 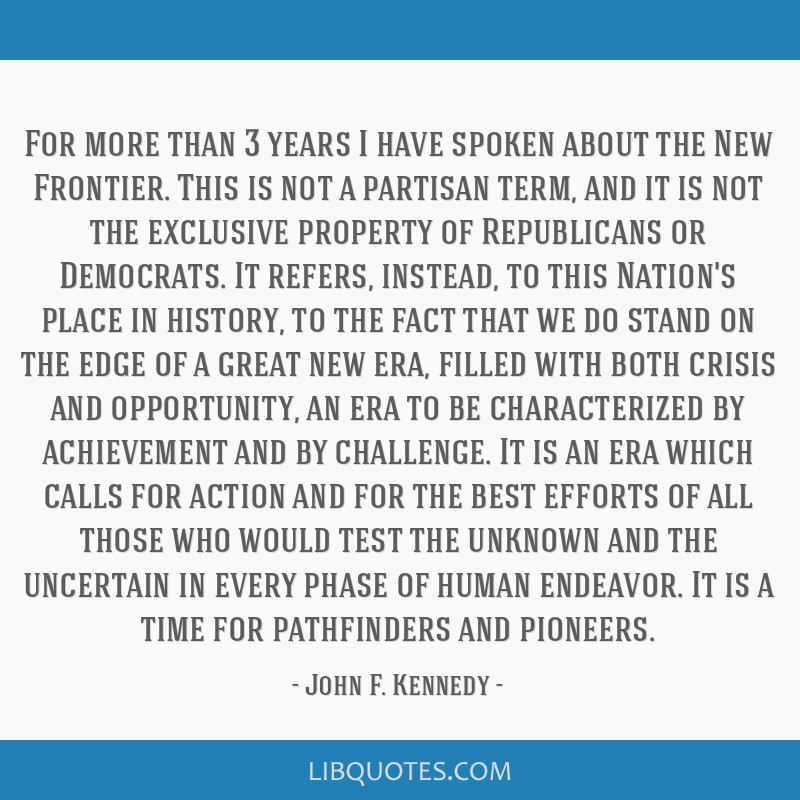 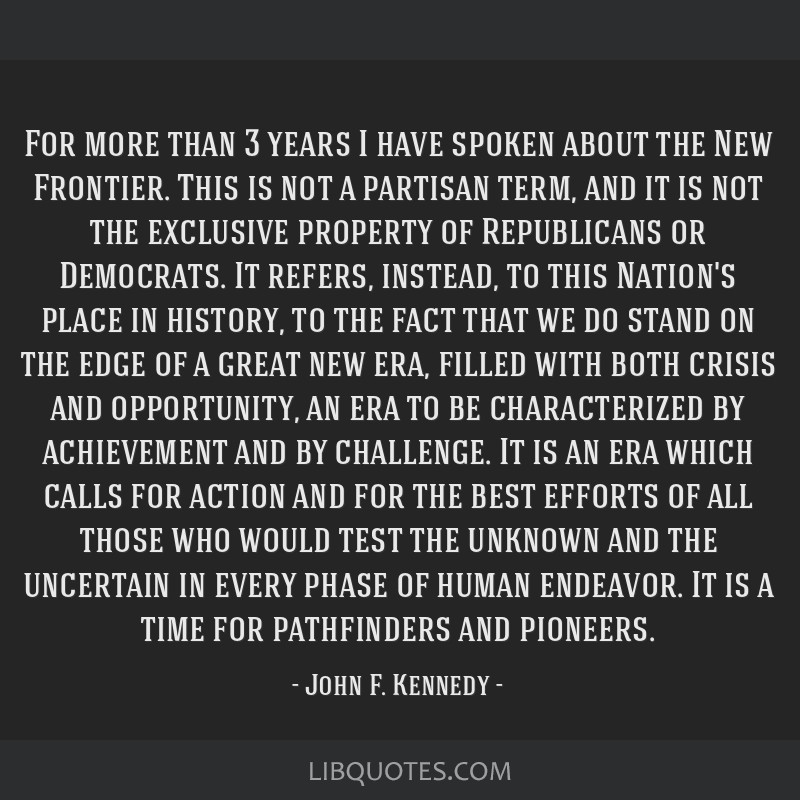