Now the trumpet summons us again—not as a call to bear arms, though arms we need; not as a call to battle, though embattled we are—but a call to bear the burden of a long twilight struggle, year in and year out, "rejoicing in hope, patient in tribulation"—a struggle against the common enemies of man: tyranny, poverty, disease, and war itself. Can we forge against these enemies a grand and global alliance, North and South, East and West, that can assure a more fruitful life for all mankind? Will you join in that historic effort?

The bold portions are one of seven quotes inscribed on the walls at the gravesite of John F. Kennedy at Arlington National Cemetery. - Inaugural Address 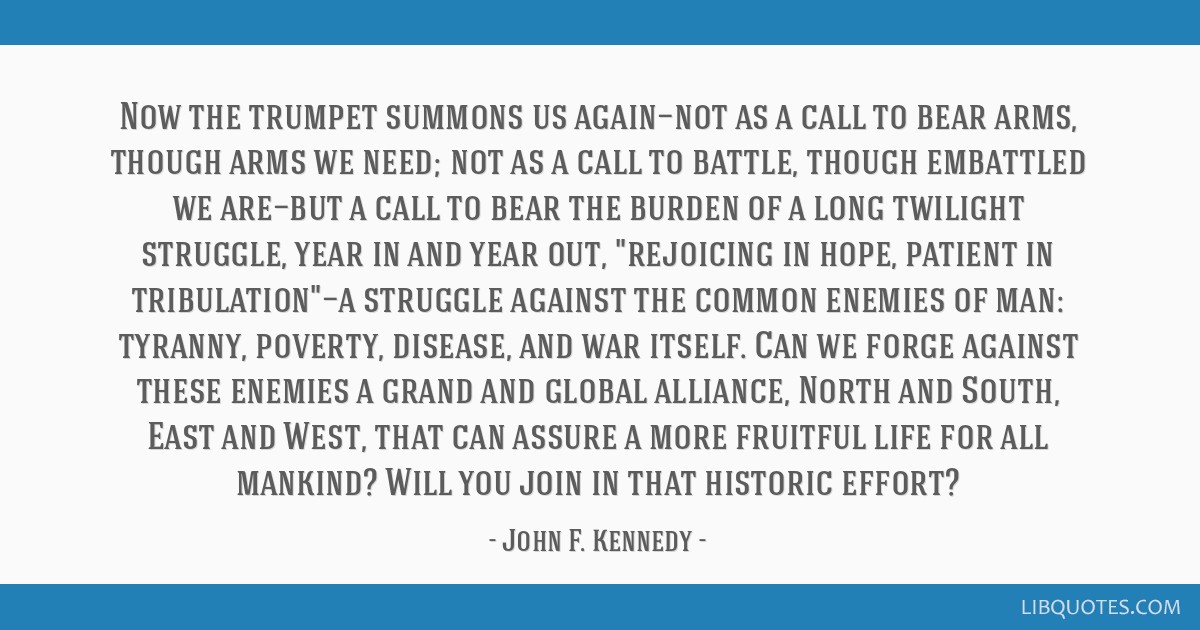 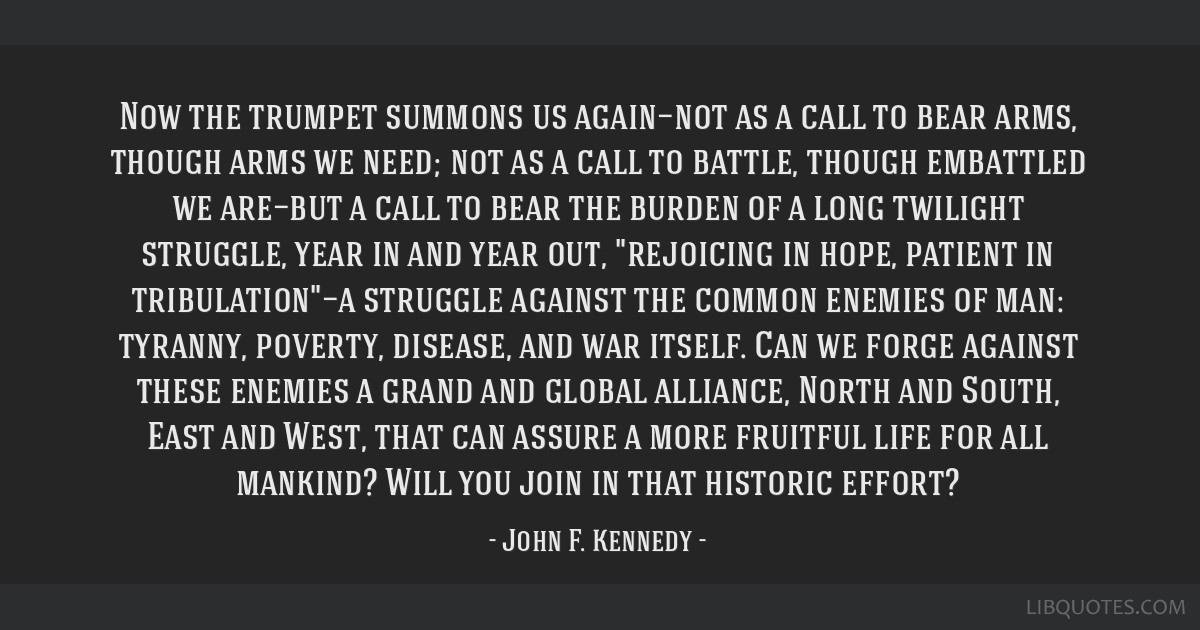 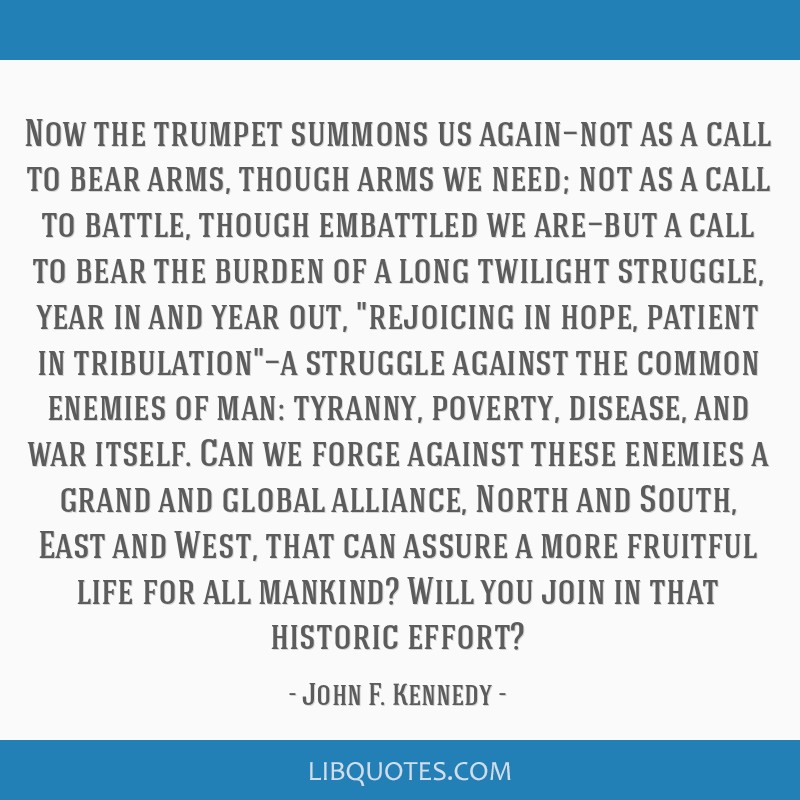 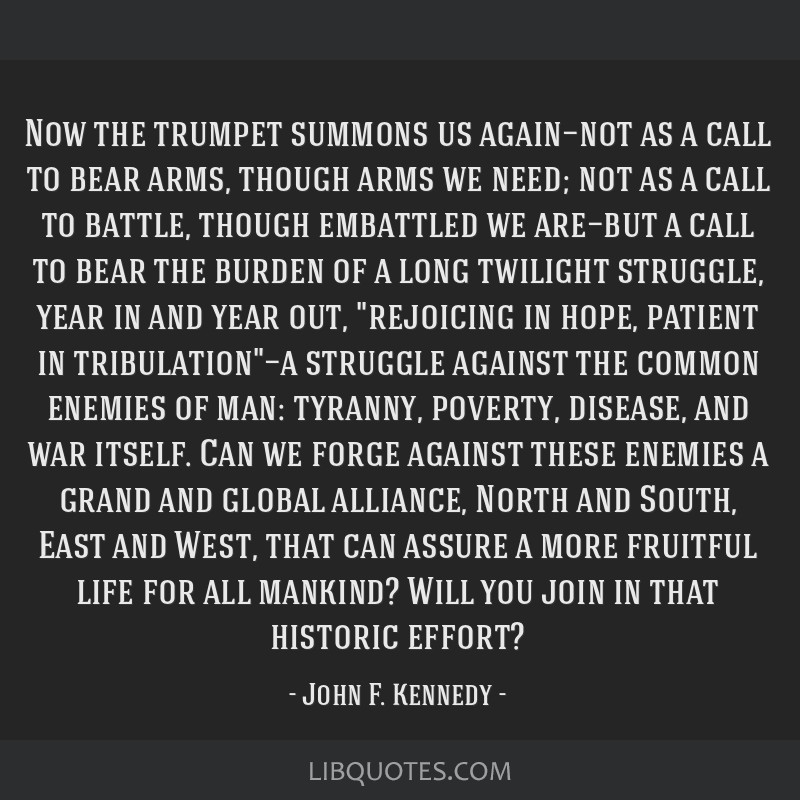 I thought of Paris as a beauty spot on the face of the earth, and of London as a big freckle.
James Weldon Johnson