Live fast, die young and have a good-looking corpse. 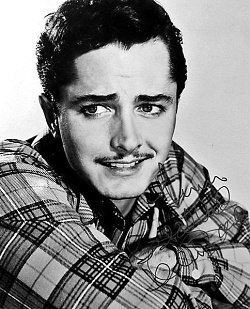 Creative Commons
Born: August 12, 1926
Died: May 22, 1998 (aged 71)
Bio: John Derek was an American actor, director and photographer. He appeared in such films as Knock on Any Door, All the King's Men, and Rogues of Sherwood Forest. He was also known for launching the career of his fourth wife, Bo Derek.
Known for: