John Knox thought that every Catholic in Scotland ought to be put to death; and no man ever had disciples of a sterner or more relentless temper. But his counsel was not followed.
All through the religious conflict, policy kept the upper hand. When the last of the Reformers died, religion, instead of emancipating the nations, had become an excuse for the criminal art of despots. Calvin preached, and Bellarmine lectured; but Machiavelli reigned.

The History of Freedom in Christianity (1877) 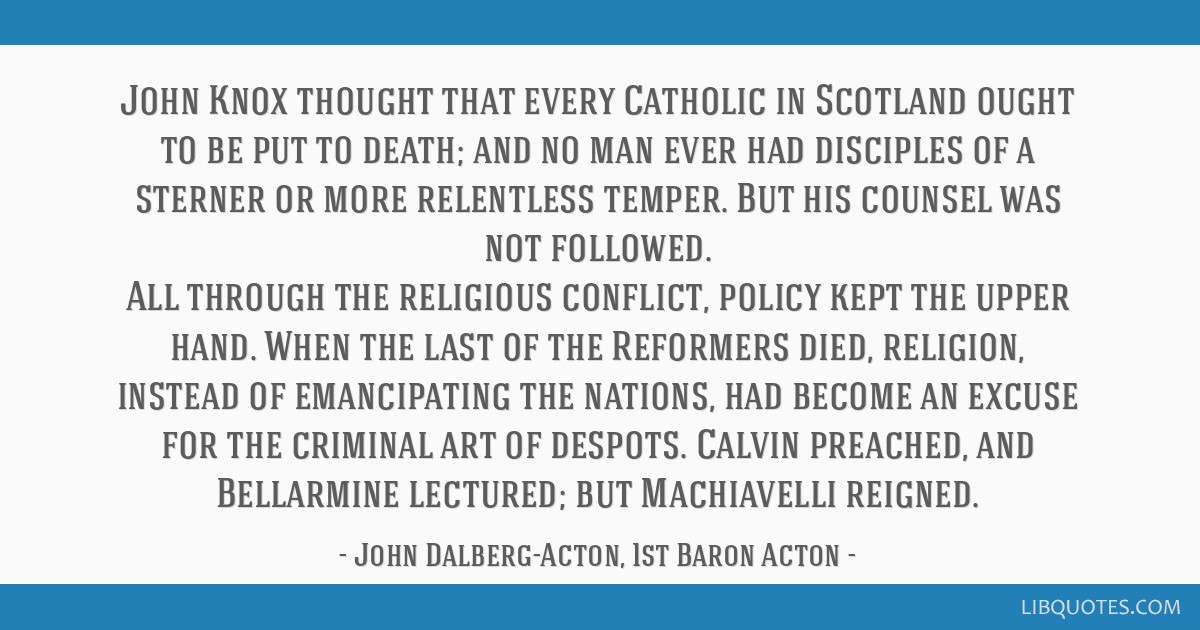 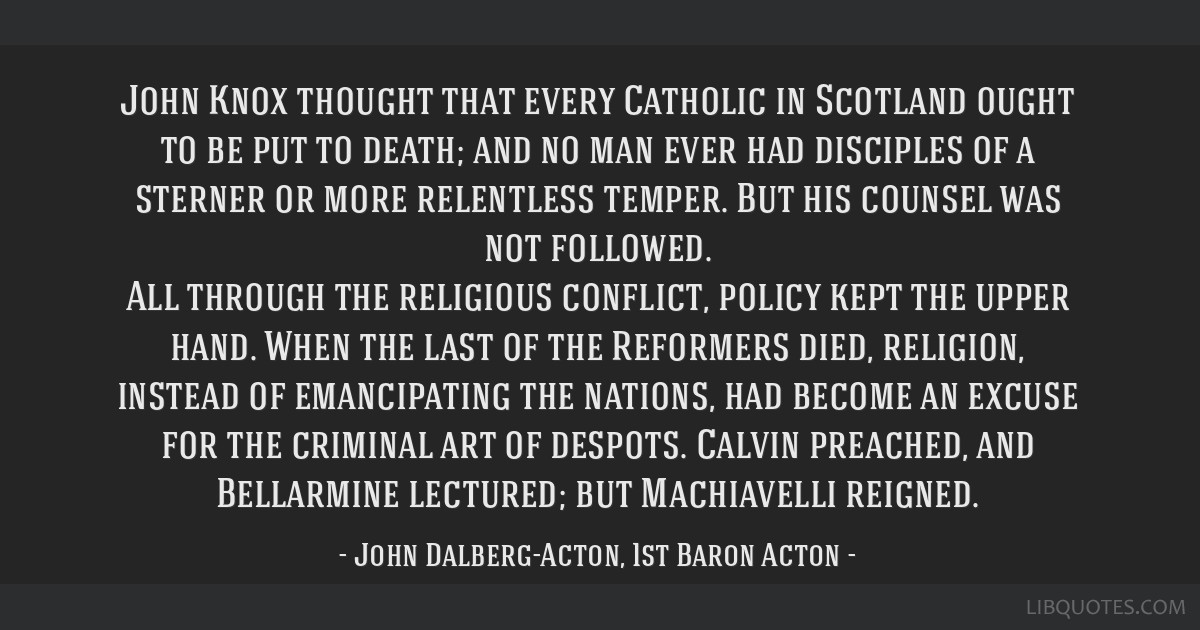 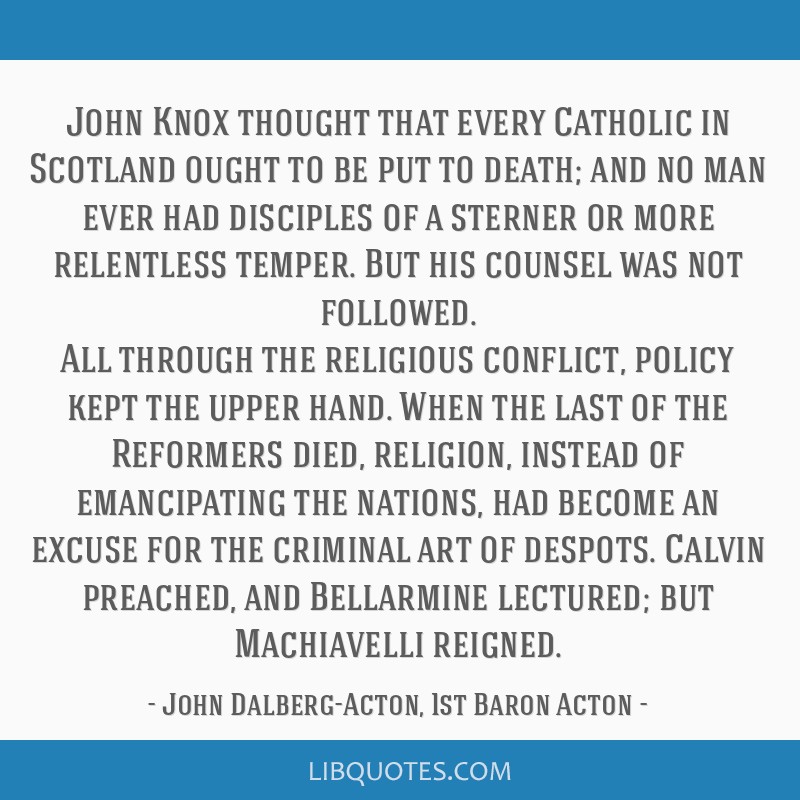 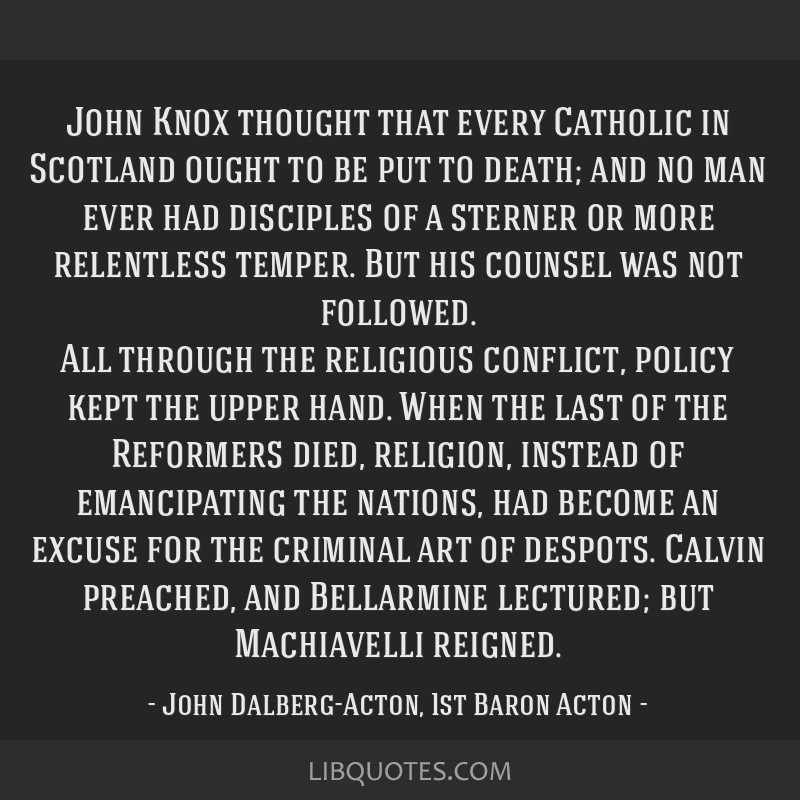