This appearance of the Evening was... just after a very heavy rain — more rain in the night and very — light wind which continued all the — day following while making – this sketch observed the Moon easing – very beautifully... [in the] due East over the — heavy clouds from which the late showers – had fallen.

Inscription: 12 September, 1821, written on the back of 'Hampstead Heath, Sun setting over Harrow,' his sketch in oil on paper; as quoted in Leslie Parris and Ian Fleming-Williams, Constable (Tate Gallery Publications, London. 1993), p. 221 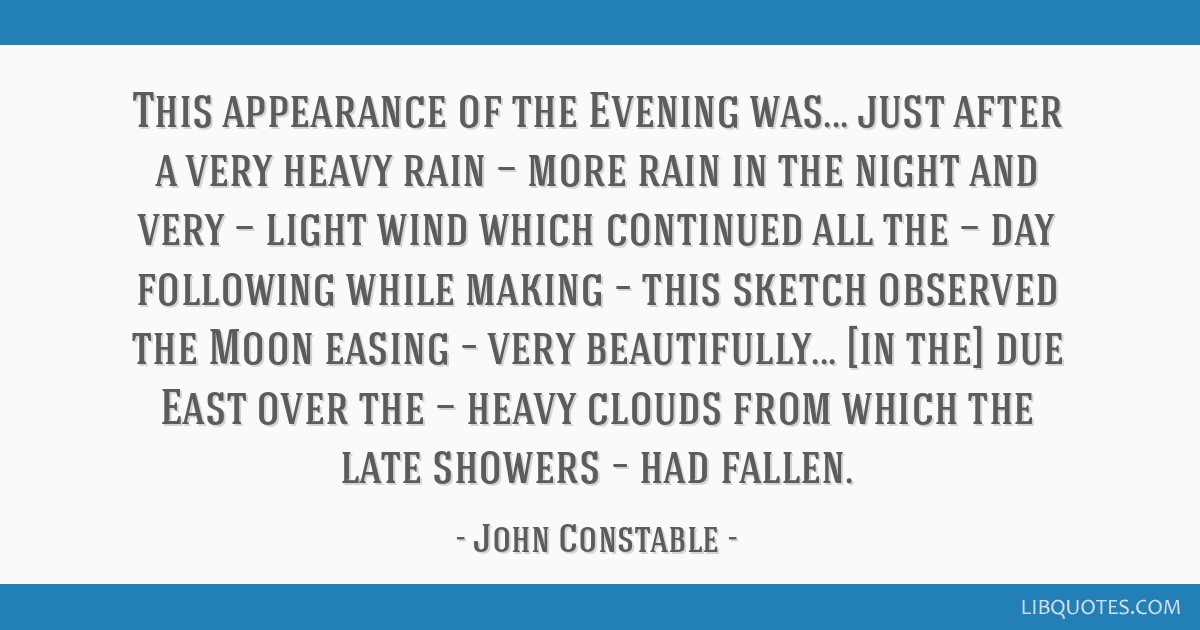 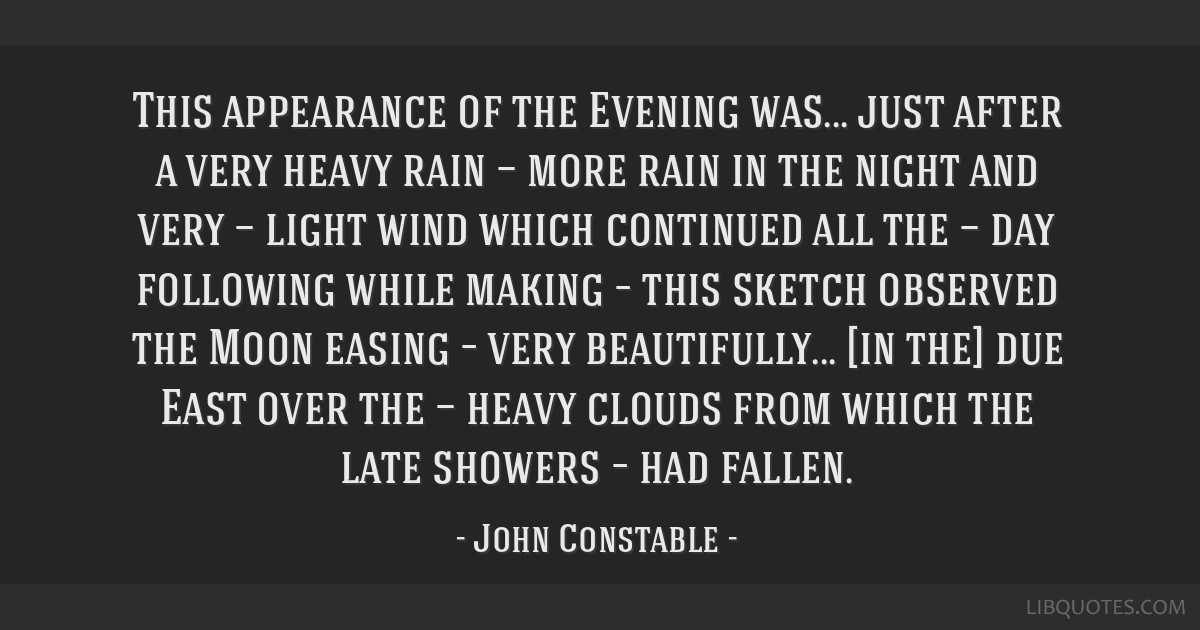 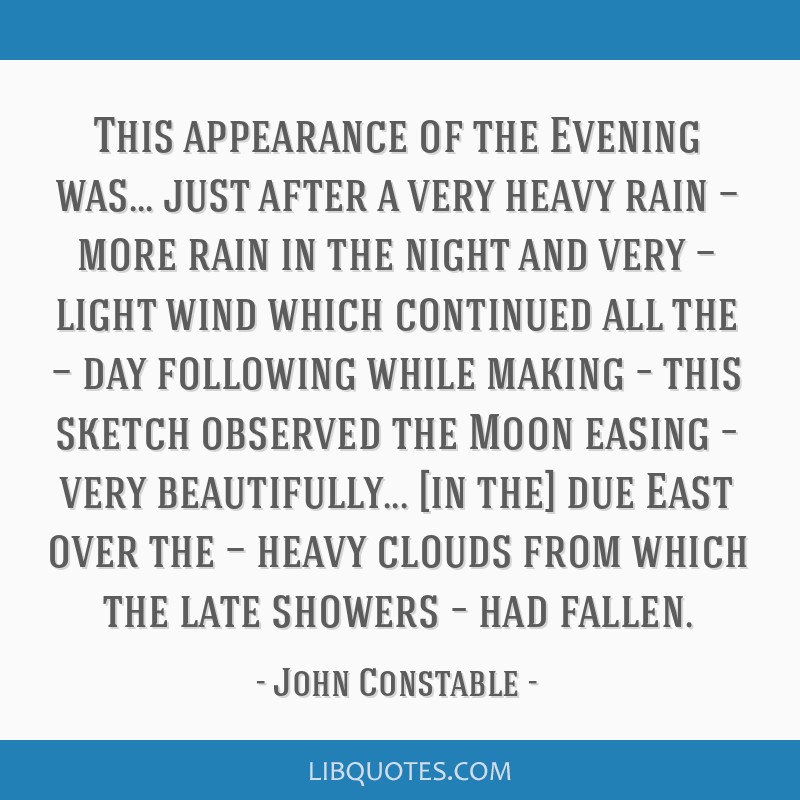 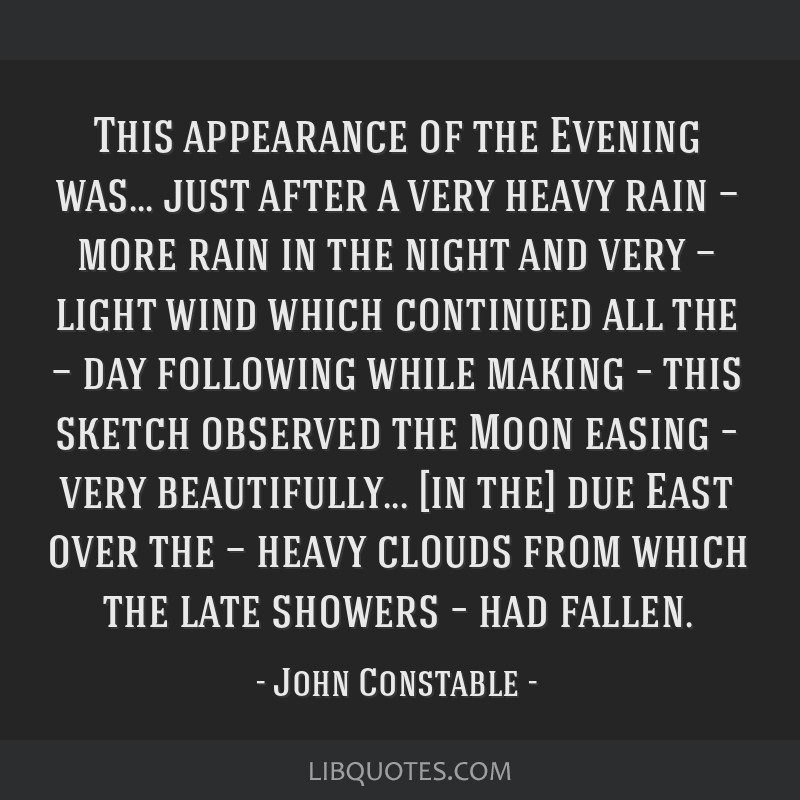 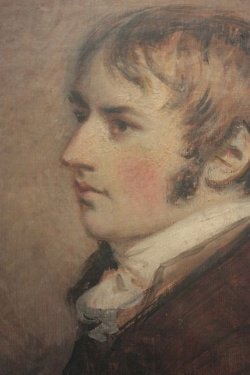