We didn't know that right before us Hari Kunzru and Amitava Kumar had just read from The Satanic Verses in a separate session. The minute I finished, people were queuing for me to sign copies of Narcopolis. But we were taken to this room where Hari and Amitava were sitting and we weren't allowed to leave. There was a lawyer, there were police on site and they threatened to close down the festival which made all of us feel like shit. I was full of remorse, because the directors are our friends and we knew how much work they had put into it, but I don't think we were really in trouble. Even though we were told to make ourselves scarce. 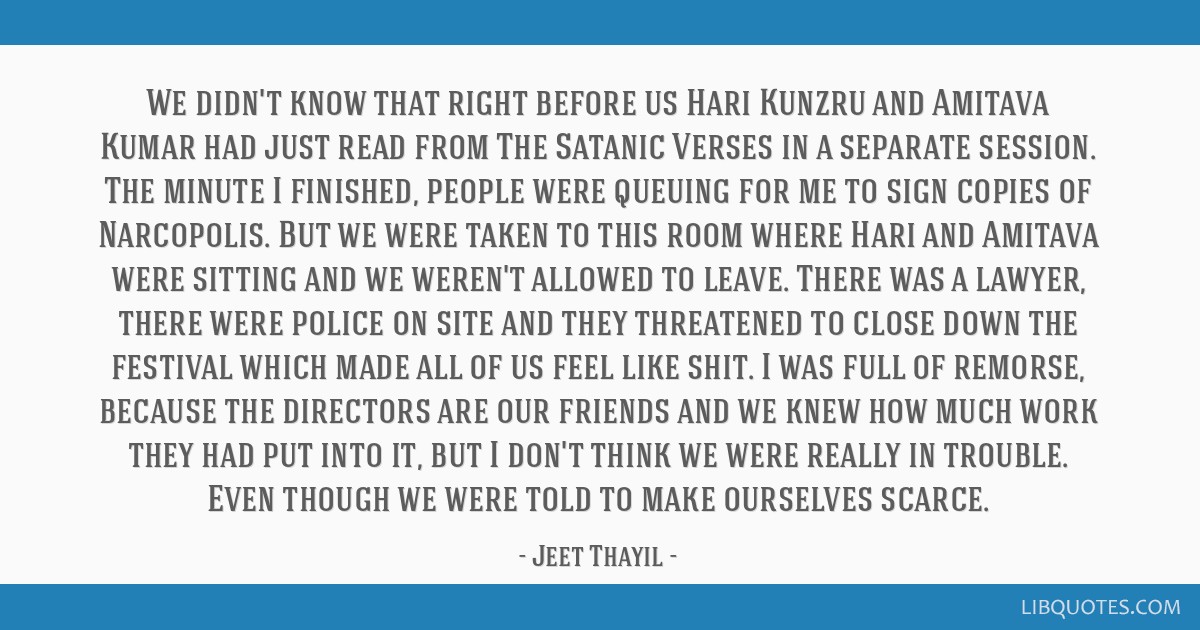 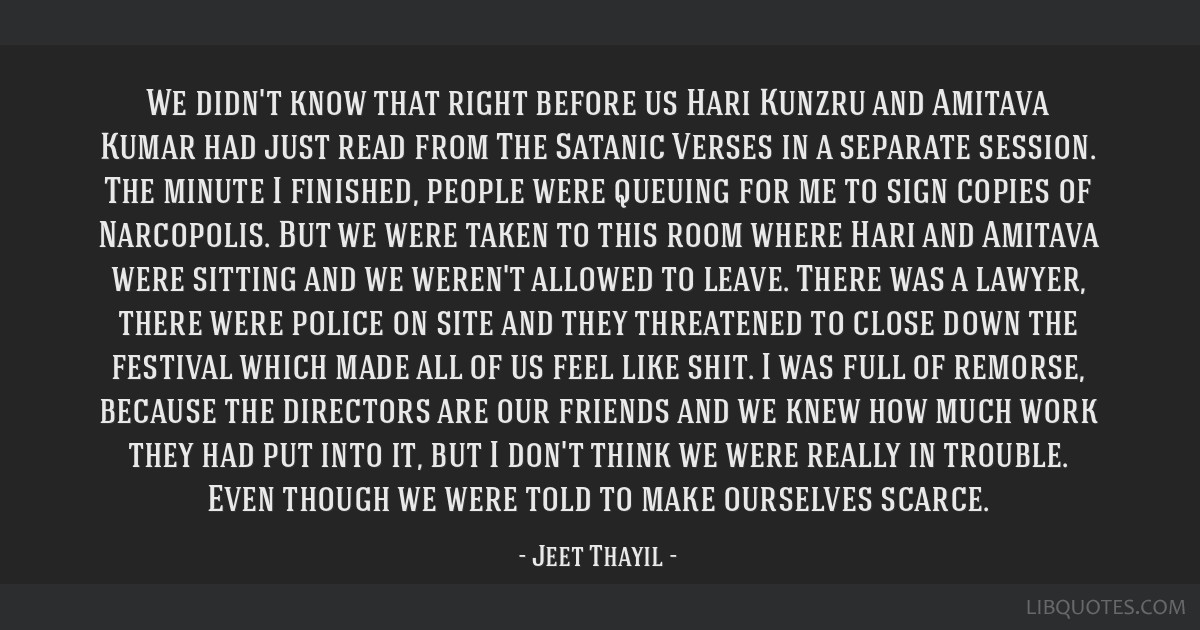 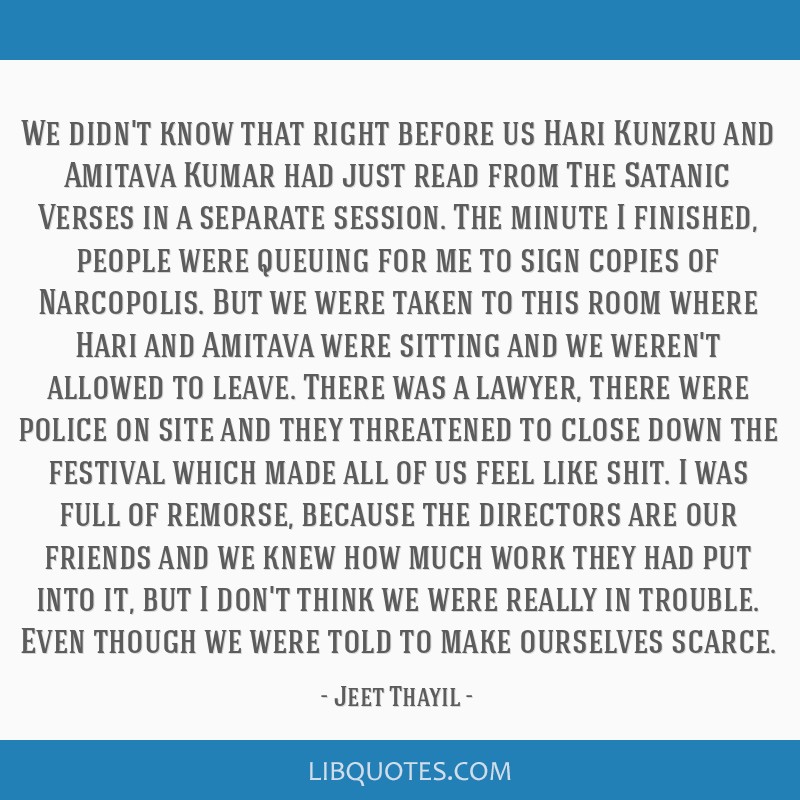 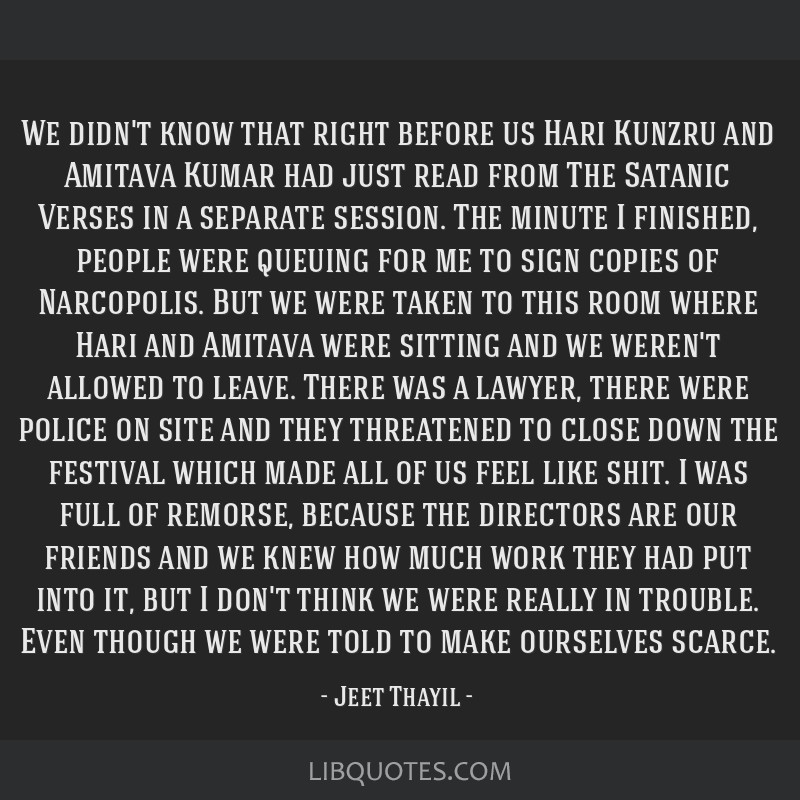 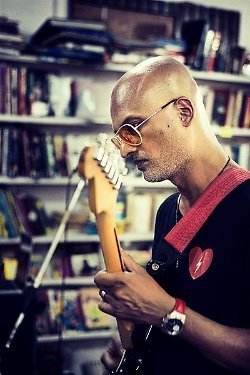