And Tempus thought then that nothing was more worthwhile than what was growing in this whitewashed barracks, where he has come to build a force such as men or gods have never seen - a force worth reckoning with, if you were of a mind. And something was of that mind. And something else opposed it. He should have expected that. Battle in the heavens, battle on the earth. 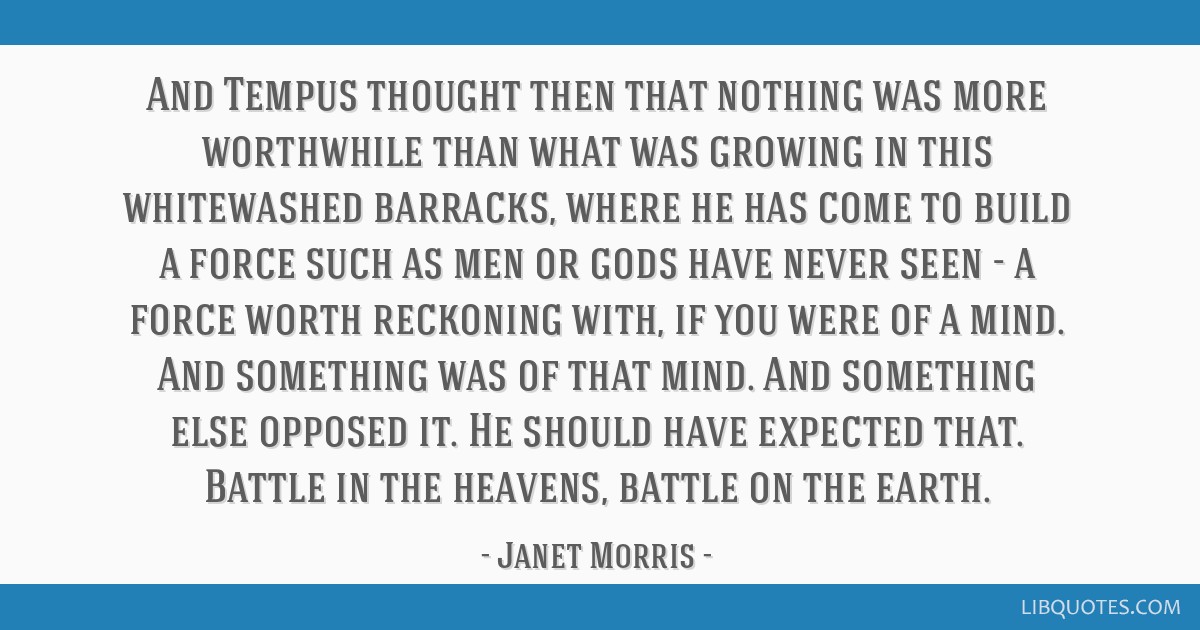 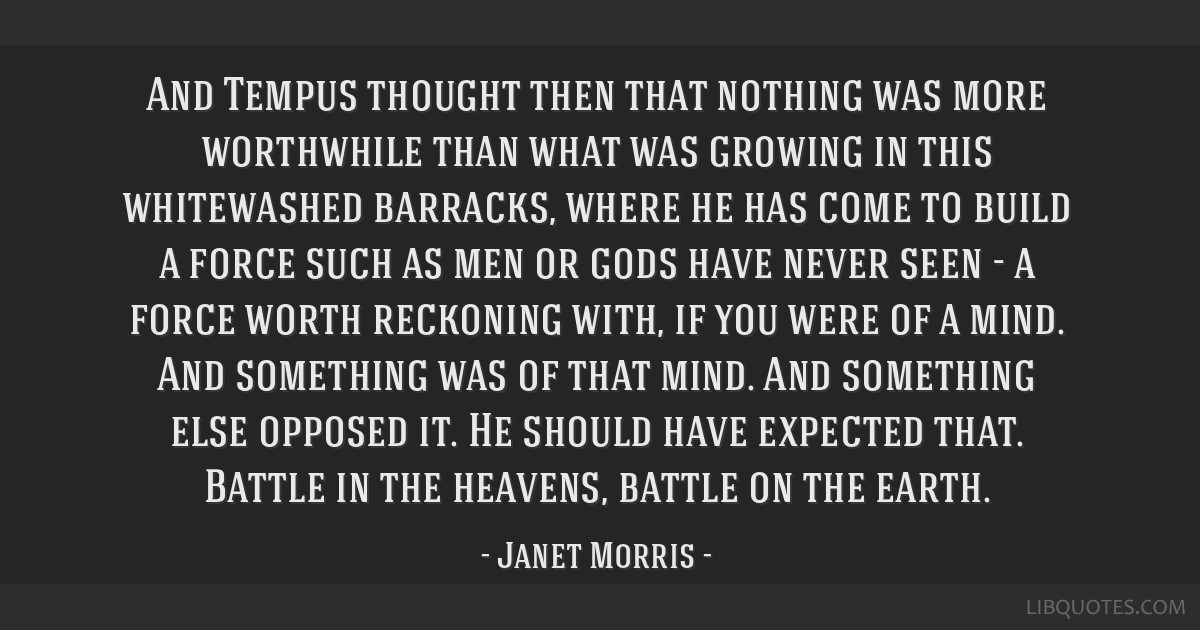 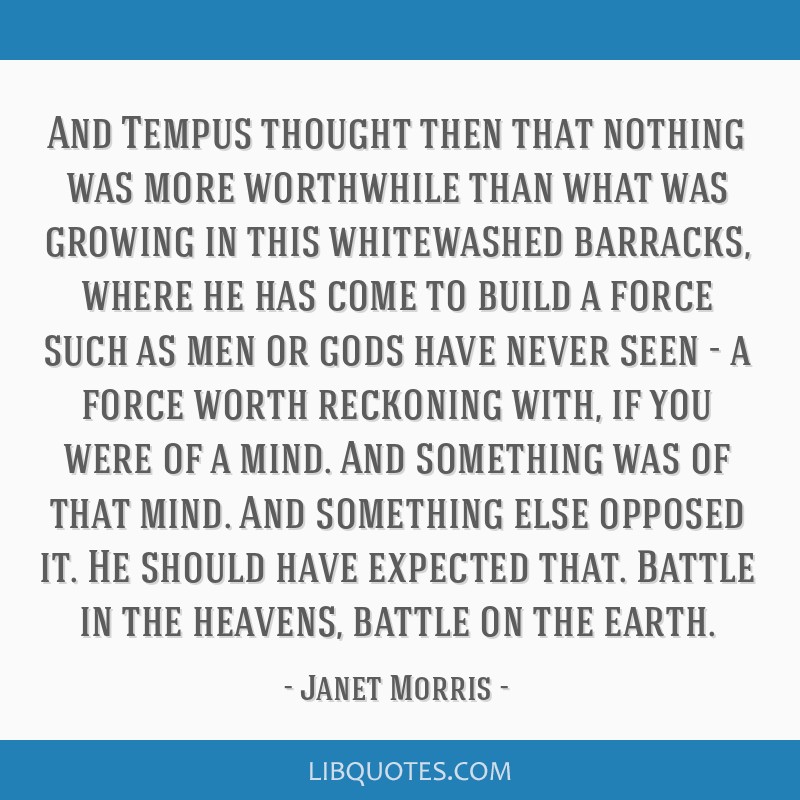 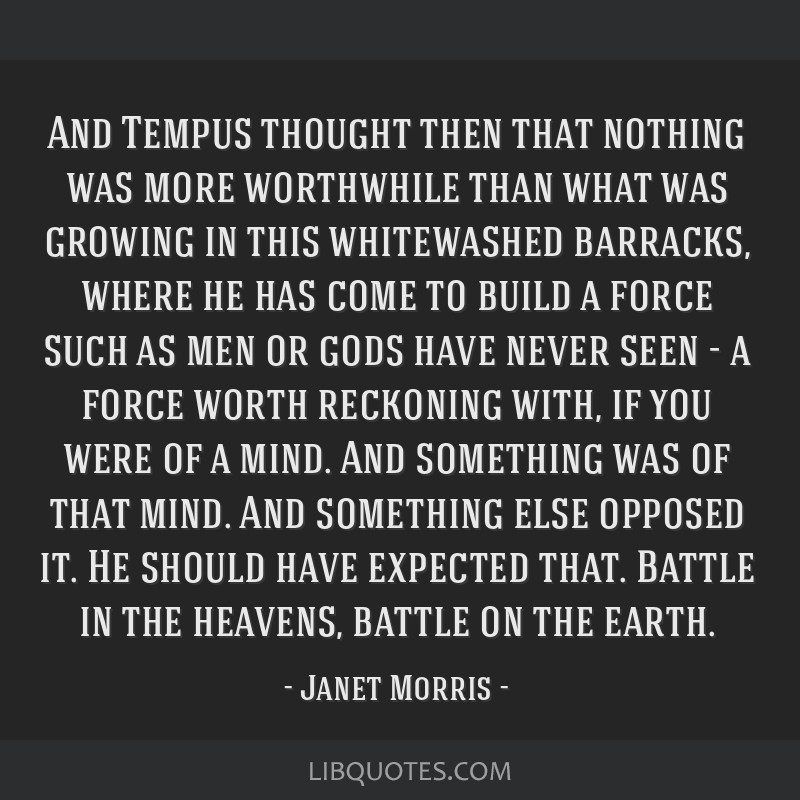