And what do the Theban hoplites see in this extended rending of the sky, this white-bright glory of Enlil's lightning? The future, but not theirs: paired cavalry fighters; formed ranks of armored death; grim men on their tall horses with lightning limning weapons tailored to the task; men spoiling for a fight if the gods allowed - the Sacred Band of Stepsons, out from shadows and the dark. 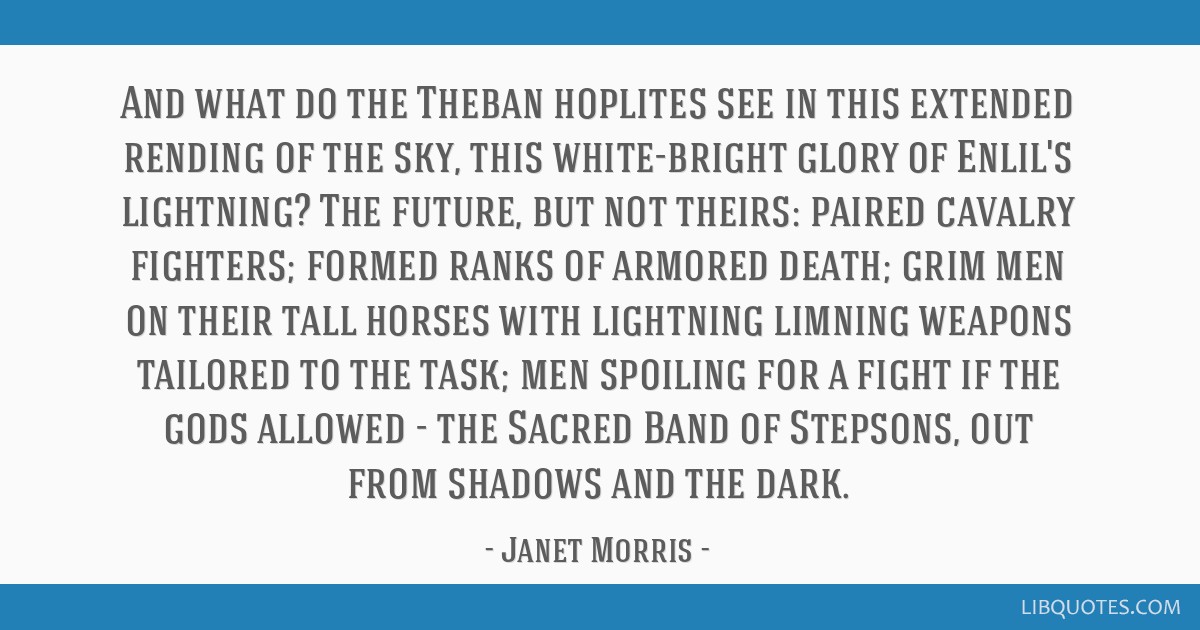 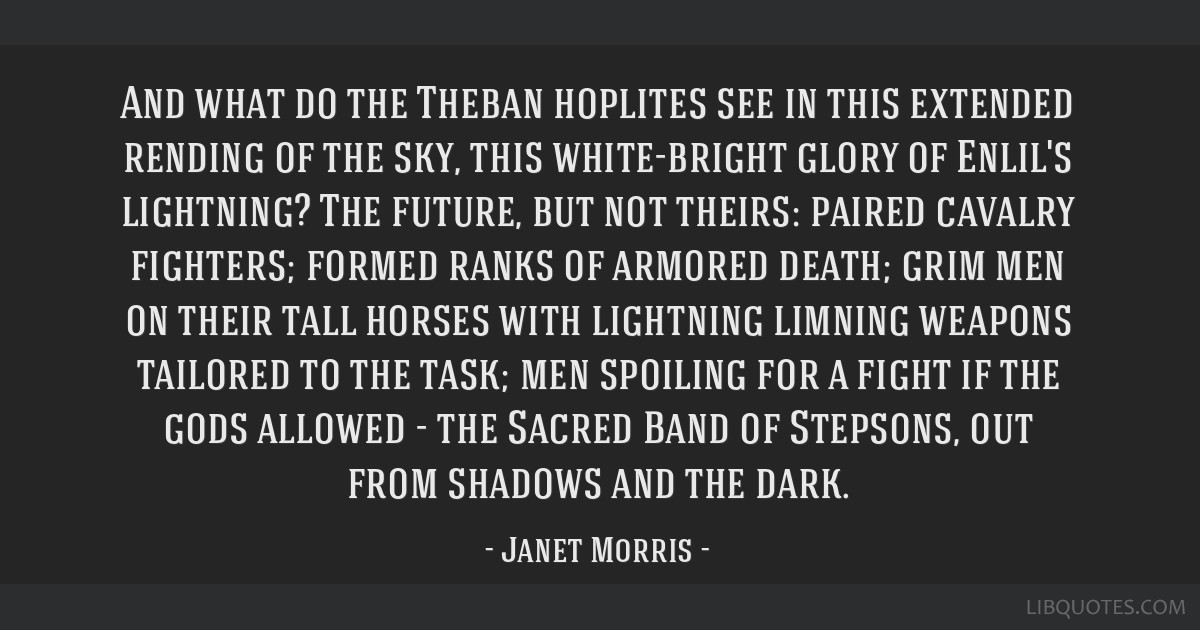 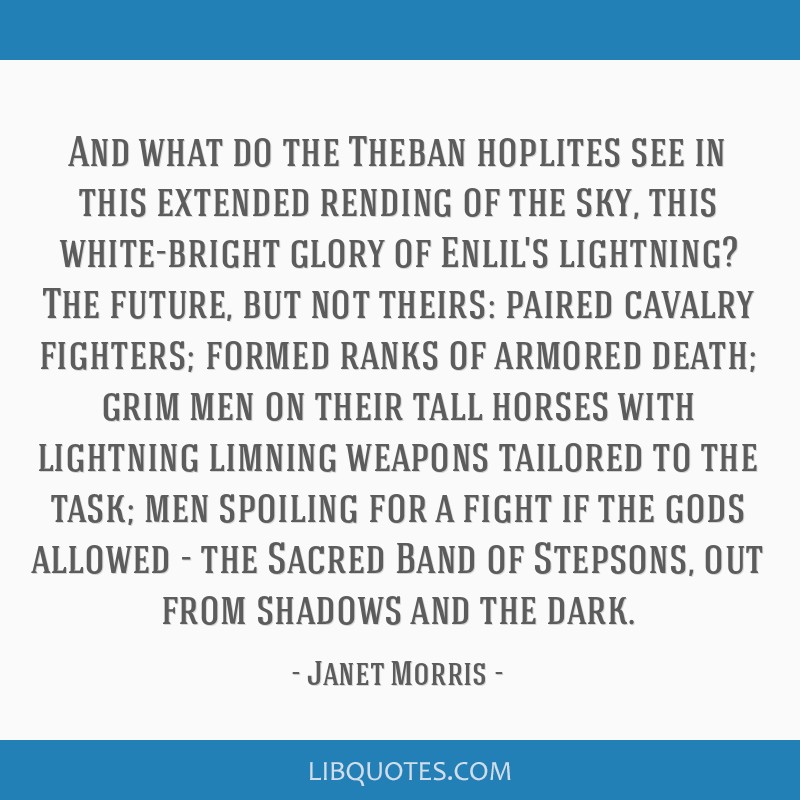 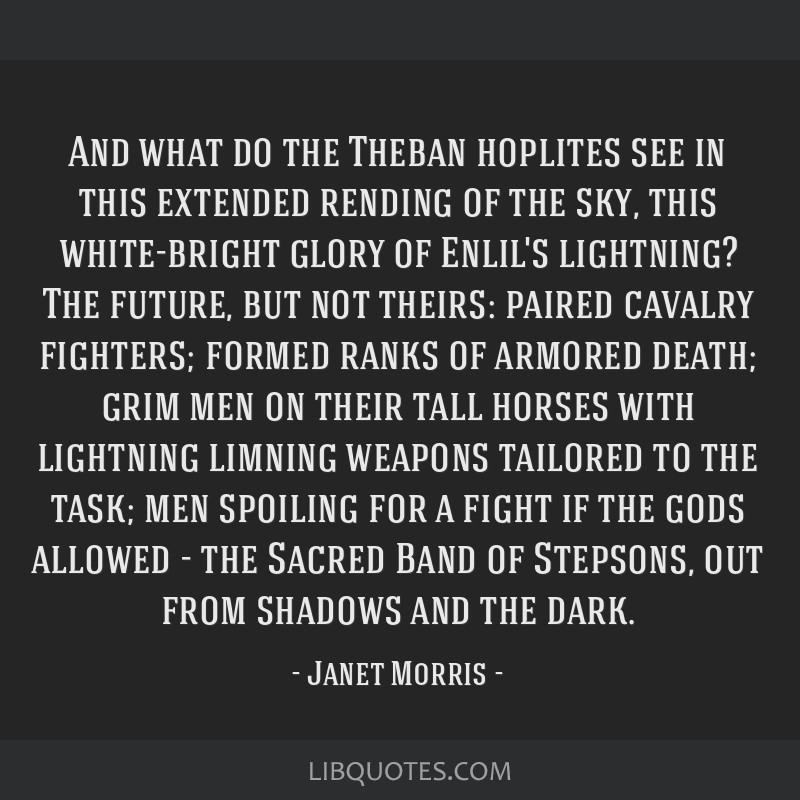 It is the safest to be moderately base — to be flexible in shame, and to be always ready for what is generous, good, and just, when anything is to be gained by virtue.
Sydney Smith