I think it is important for all those young out there, who someday hope to play real football, where you throw it and kick it and run with it and put it in your hands, a distinction should be made that football is democratic, capitalism, whereas soccer is a European socialist sport.

In a 1988 speech to the United States Congress, quoted by himself at Townhall.com 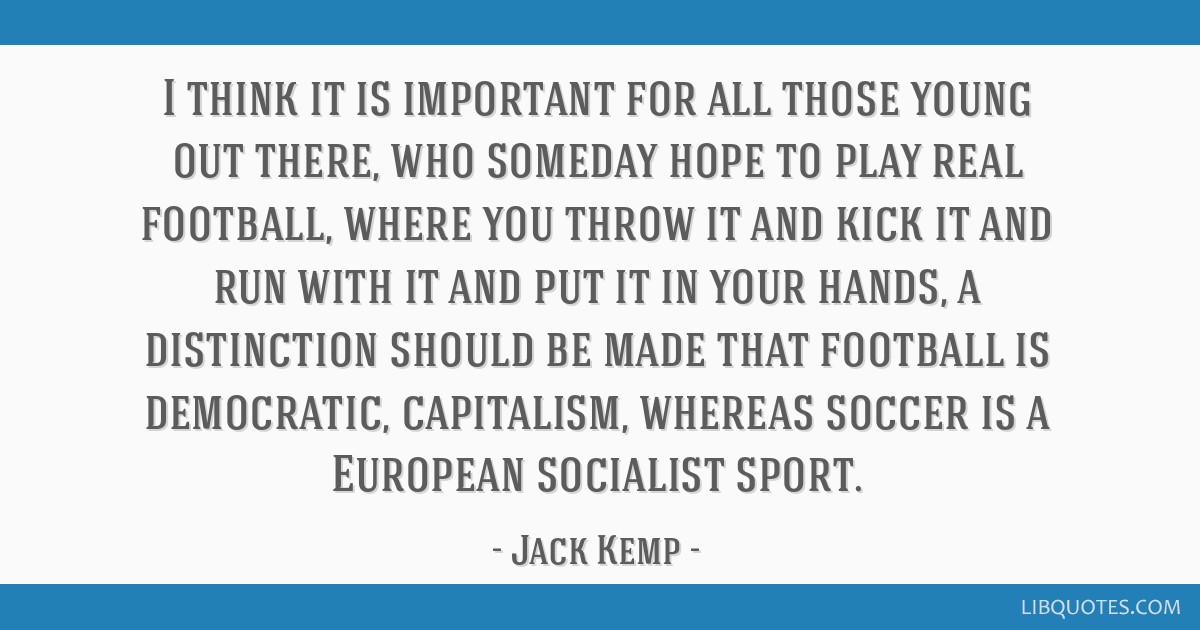 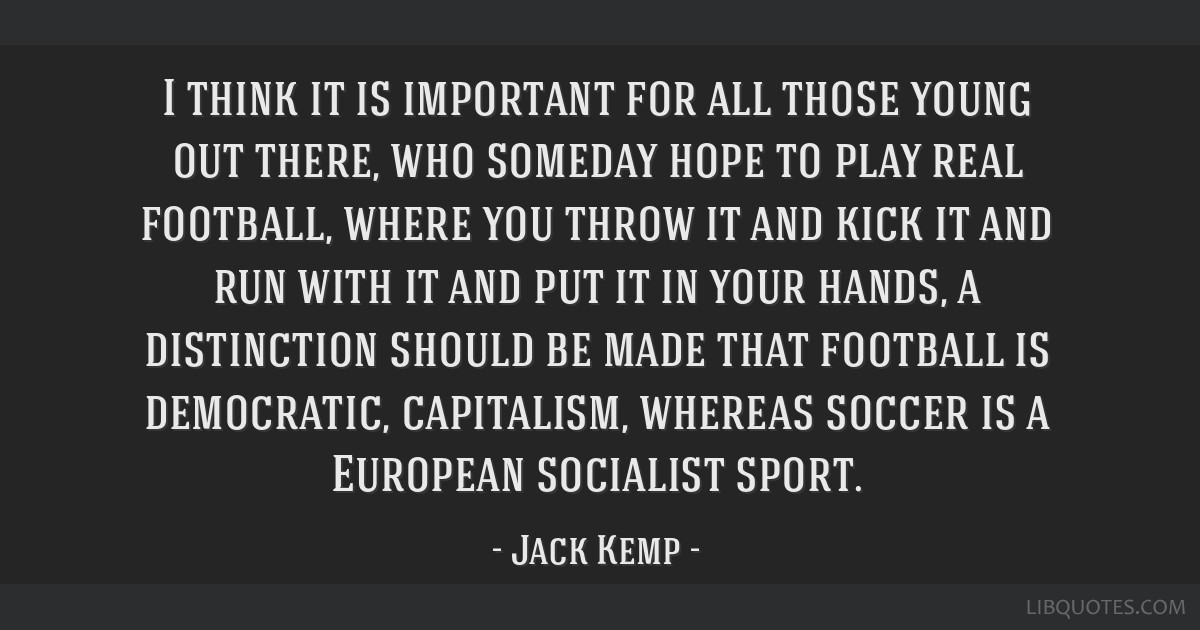 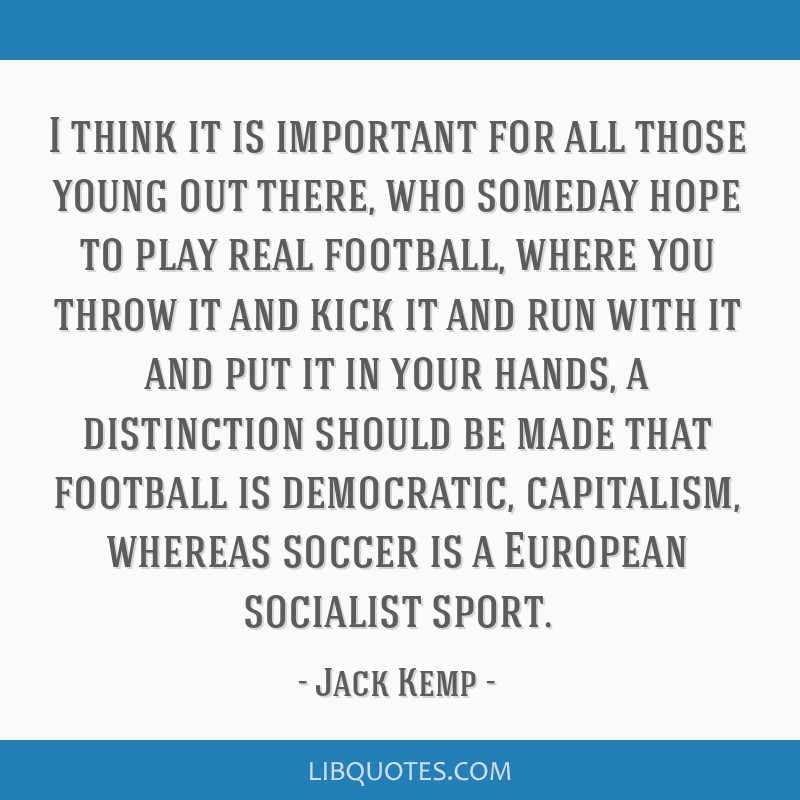 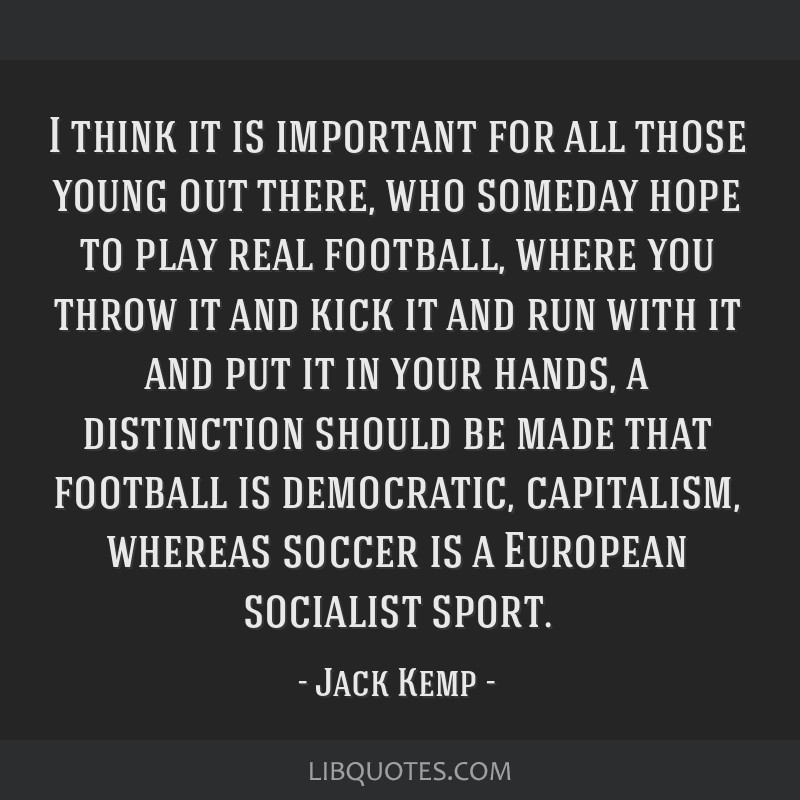 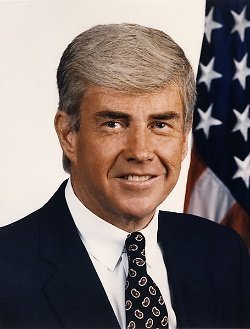