In its conception the literature prize belongs to days when a writer could still be thought of as, by virtue of his or her occupation, a sage, someone with no institutional affiliations who could offer an authoritative word on our times as well as on our moral life. (It has always struck me as strange, by the way, that Alfred Nobel did not institute a philosophy prize, or for that matter that he instituted a physics prize but not a mathematics prize, to say nothing of a music prize - music is, after all, more universal than literature, which is bound to a particular language.) The idea of writer as sage is pretty much dead today. I would certainly feel very uncomfortable in the role. 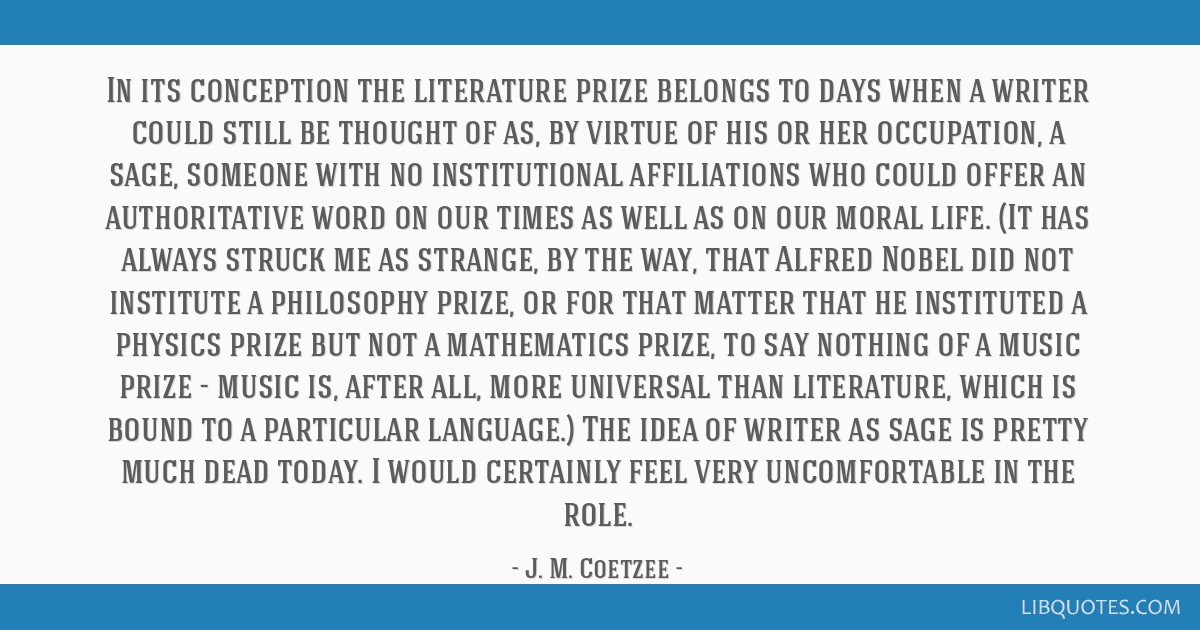 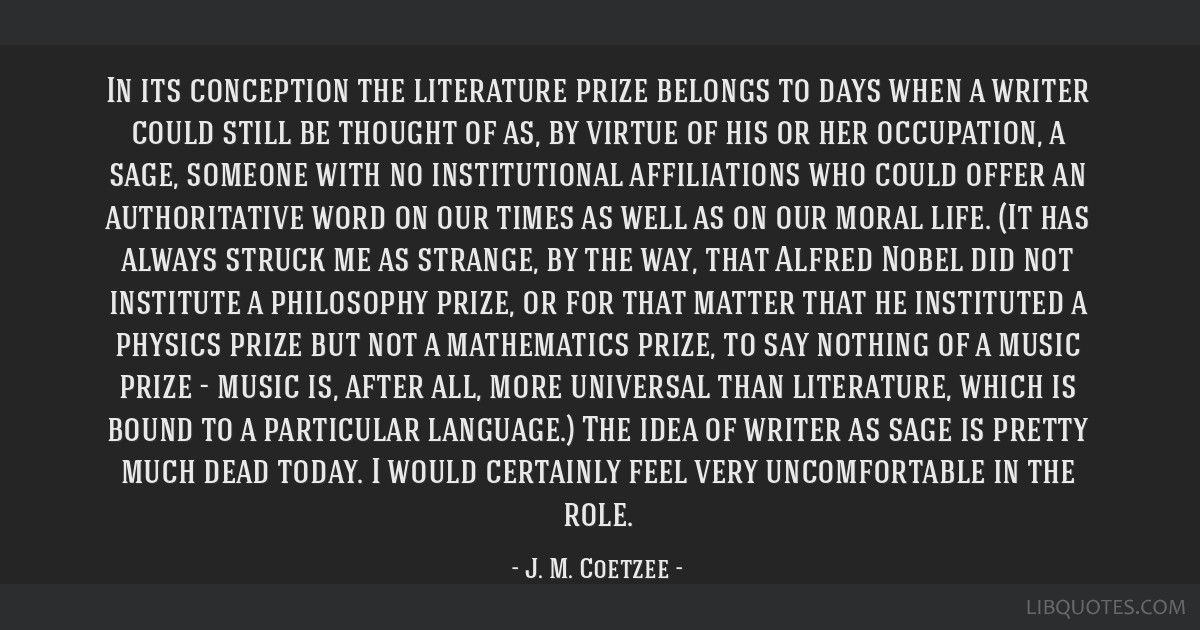 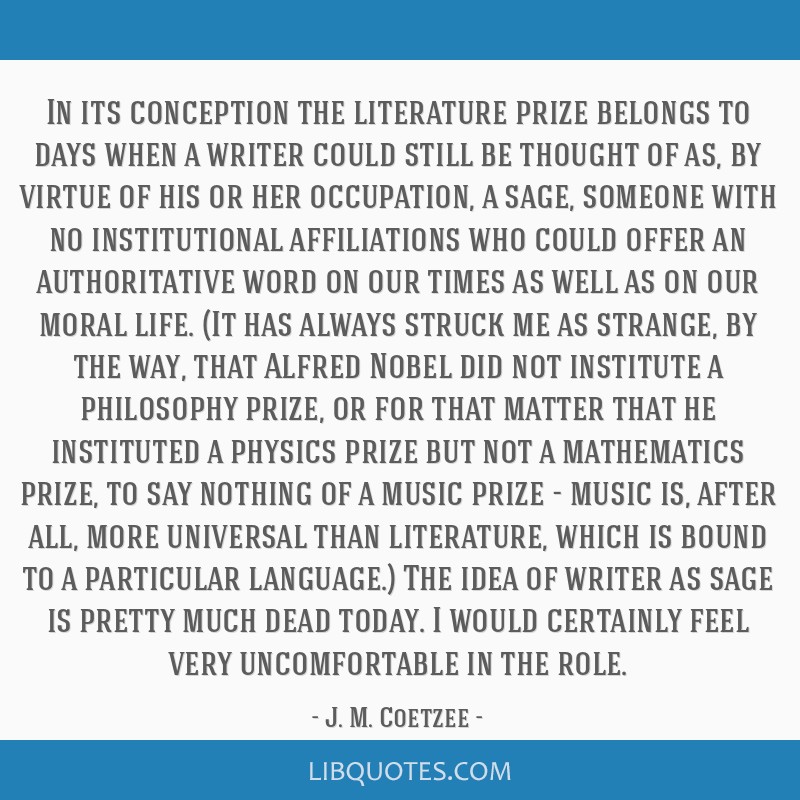 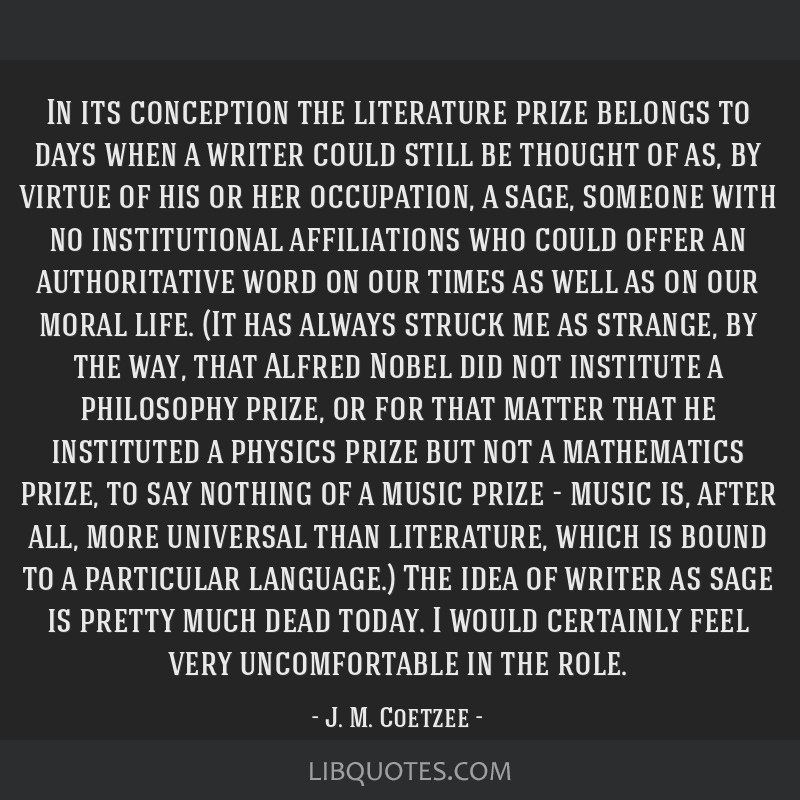 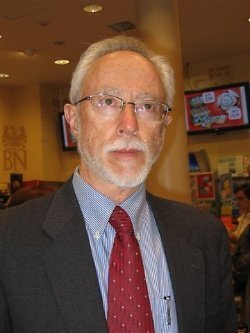