The difference between him and the other boys at such a time was that they knew it was make-believe, while to hime make-believe and true were exactly the same thing. This sometimes troubled them, as when they had to make-believe that they had had their dinners. 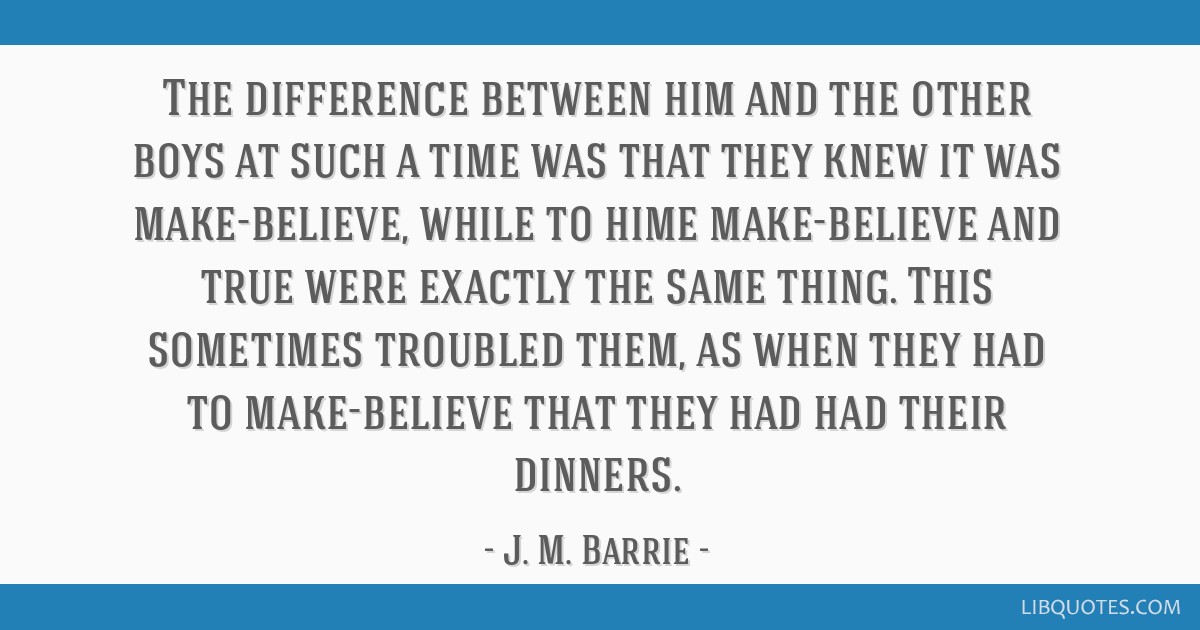 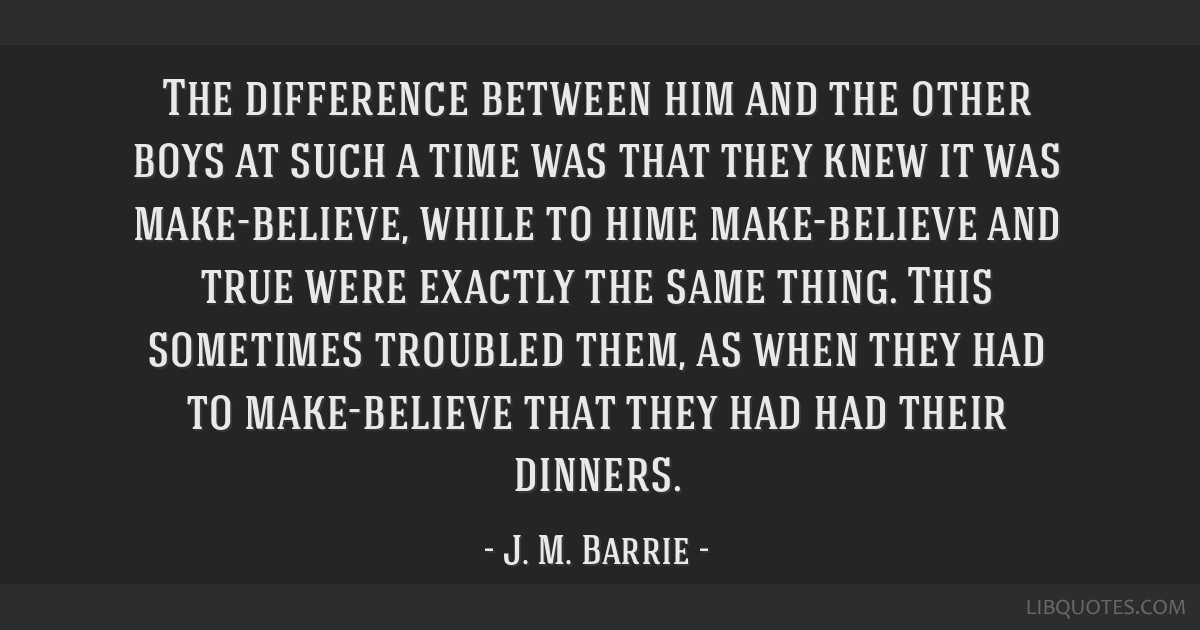 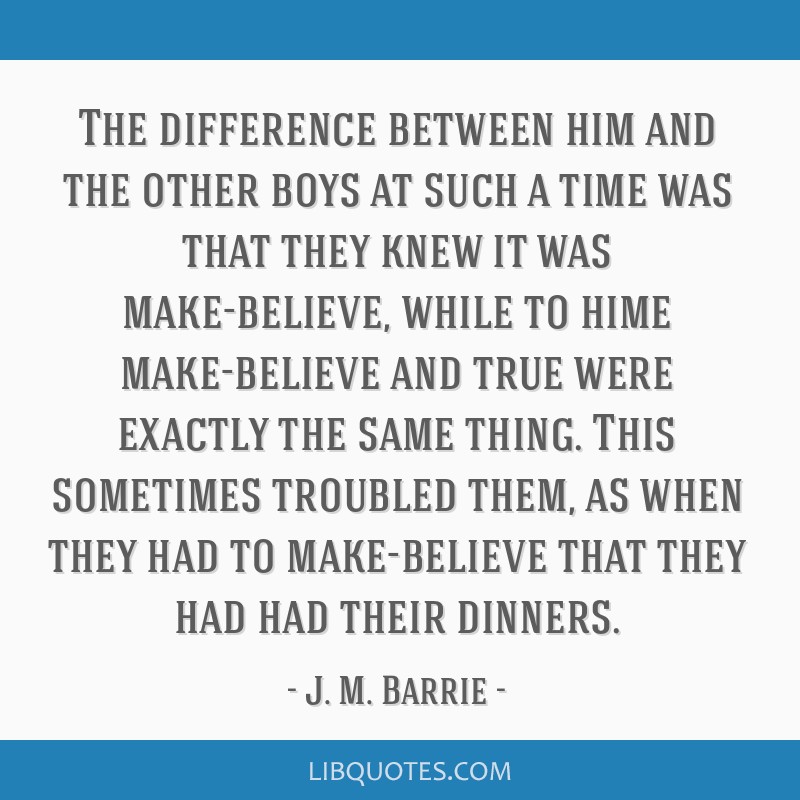 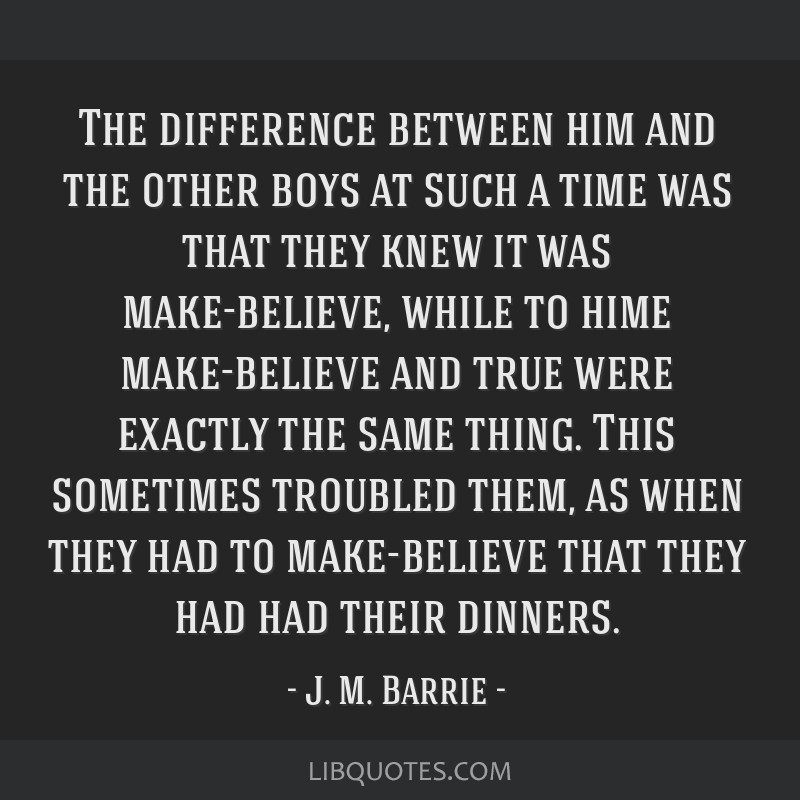 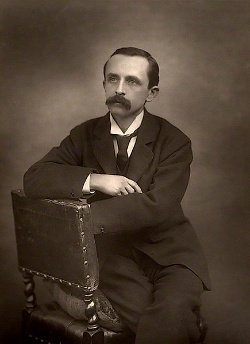