To the biologist the problem of socialism appears largely as a problem of size. The extreme socialists desire to run every nation as a single business concern. I do not suppose that Henry Ford would find much difficulty in running Andorra or Luxembourg on a socialistic basis. He has already more men on his pay-roll than their population. It is conceivable that a syndicate of Fords, if we could find them, would make Belgium Ltd. or Denmark Inc. pay their way. But while nationalization of certain industries is an obvious possibility in the largest of states, I find it no easier to picture a completely socialized British Empire or United States than an elephant turning somersaults or a hippopotamus jumping a hedge. 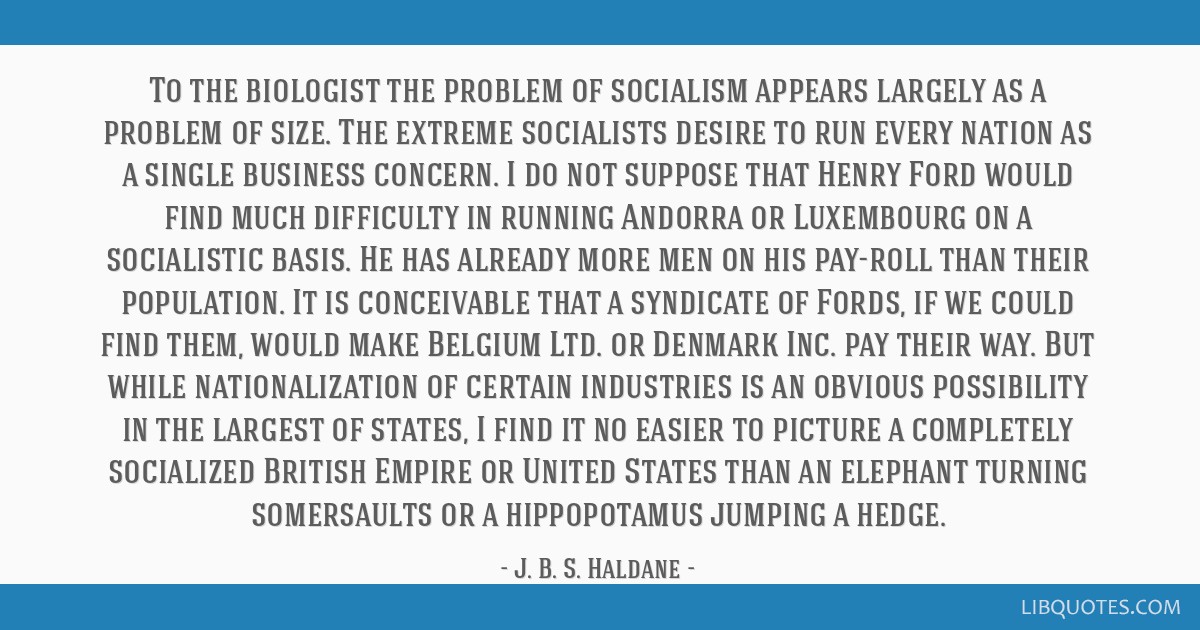 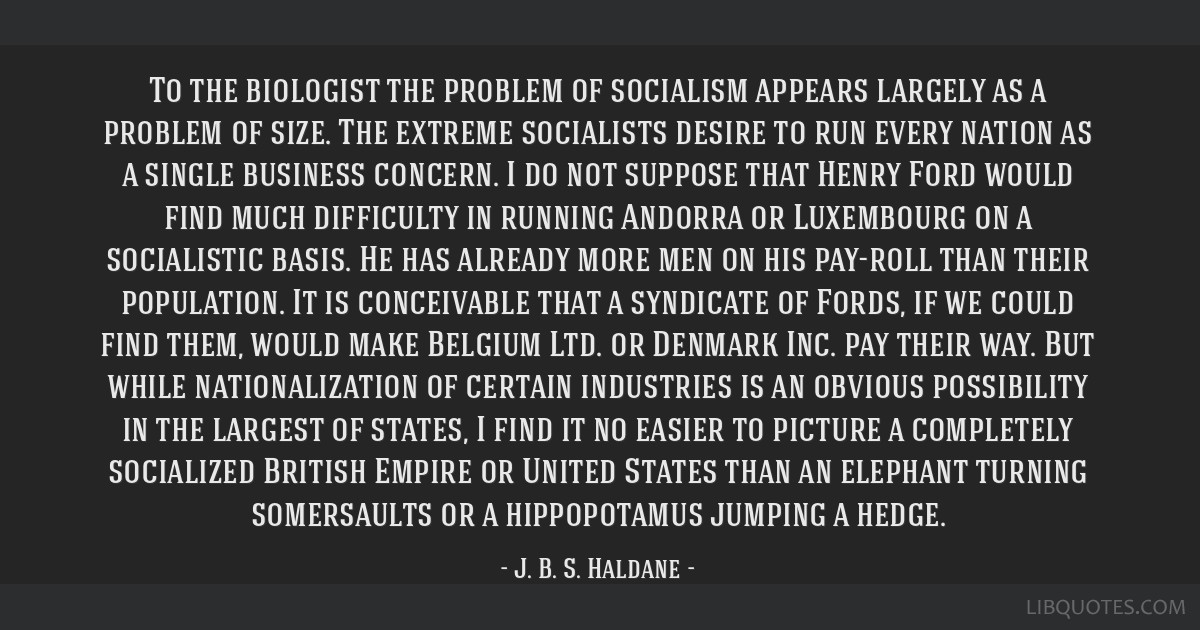 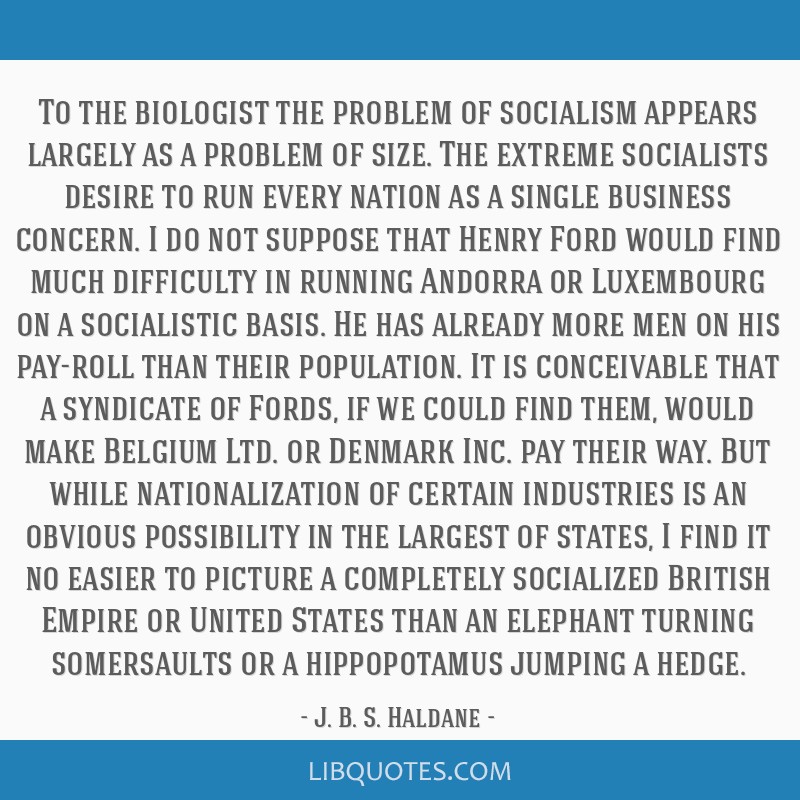 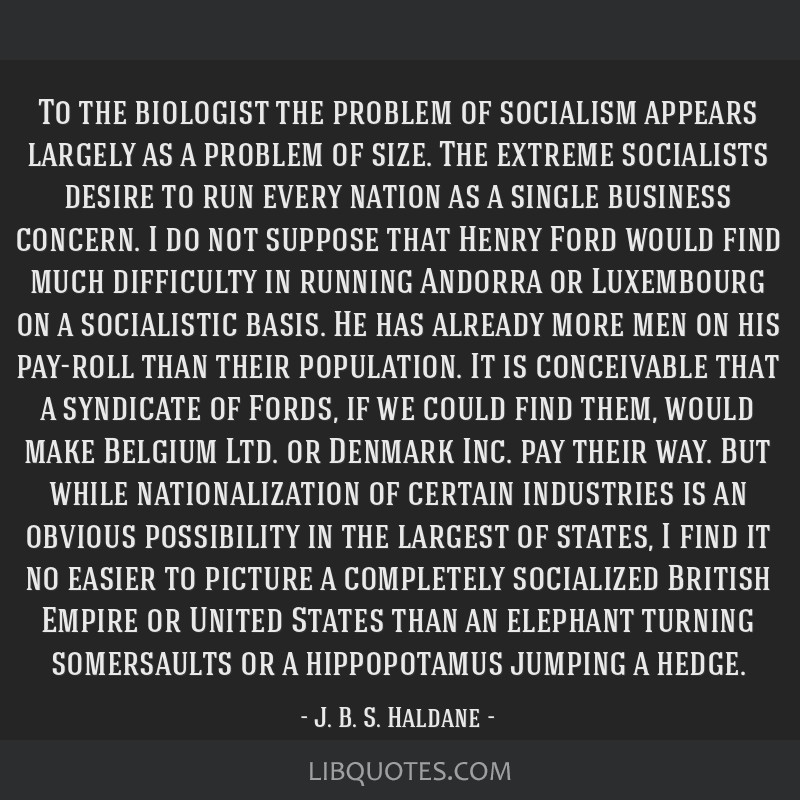