All material Things seem to have been composed of the hard and solid Particles... variously associated with the first Creation by the Counsel of an intelligent Agent. For it became him who created them to set them in order: and if he did so, it is unphilosophical to seek for any other Origin of the World, or to pretend that it might arise out of a Chaos by the mere Laws of Nature.

Opticks: Or, A Treatise of the Reflections, Refractions, Inflections and Colours of Light.... (ed. 1718) 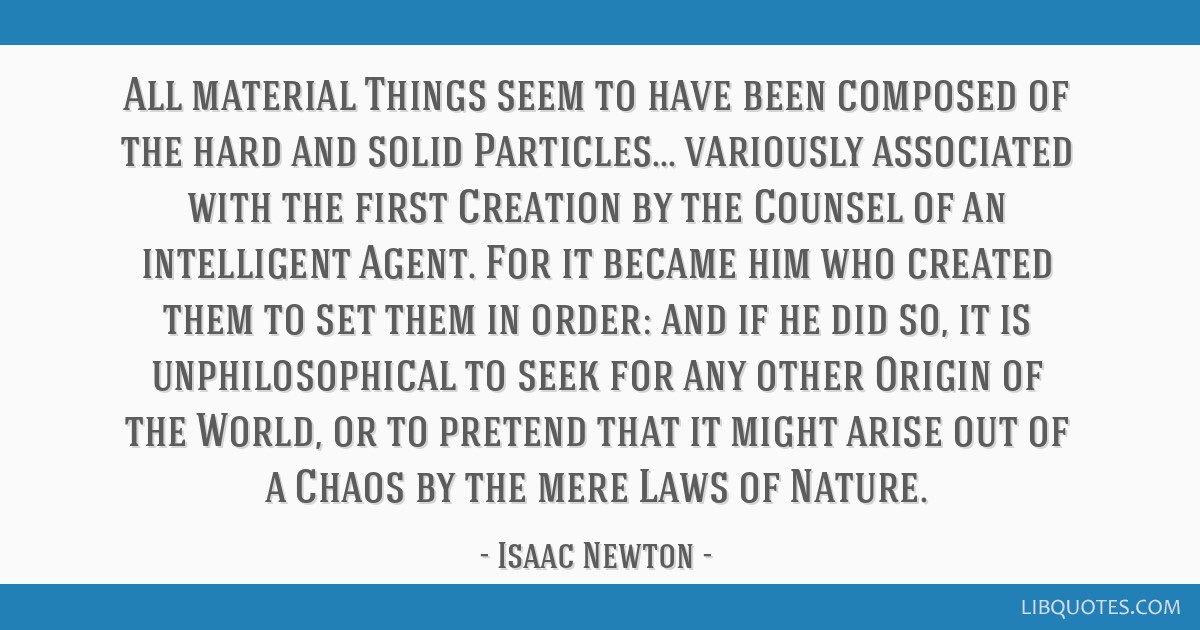 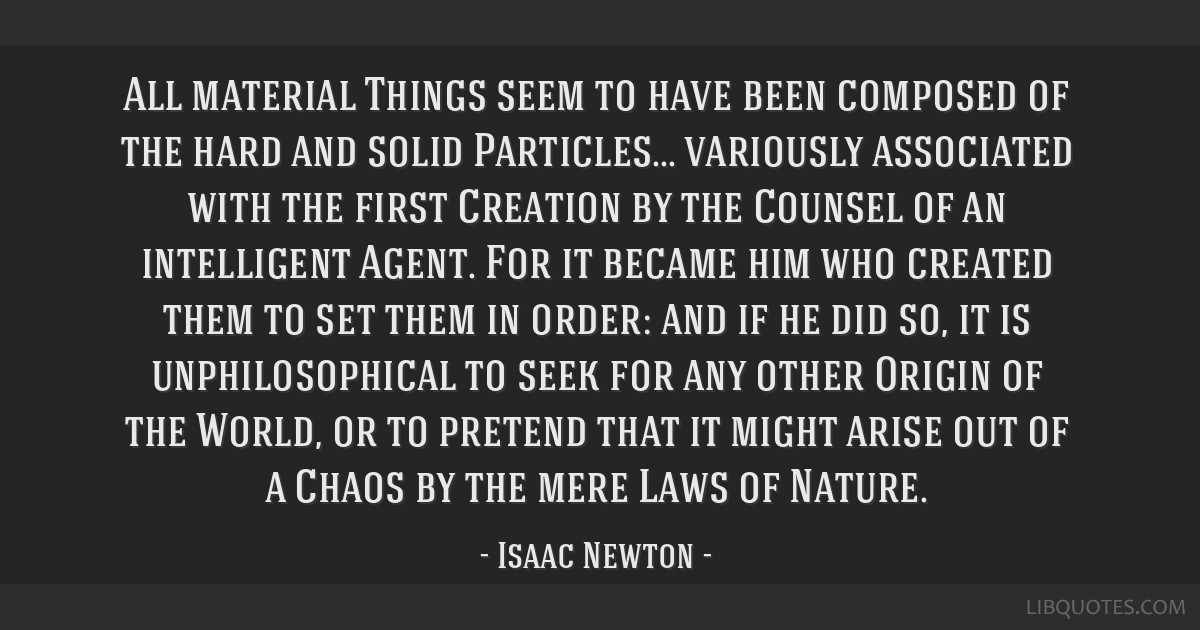 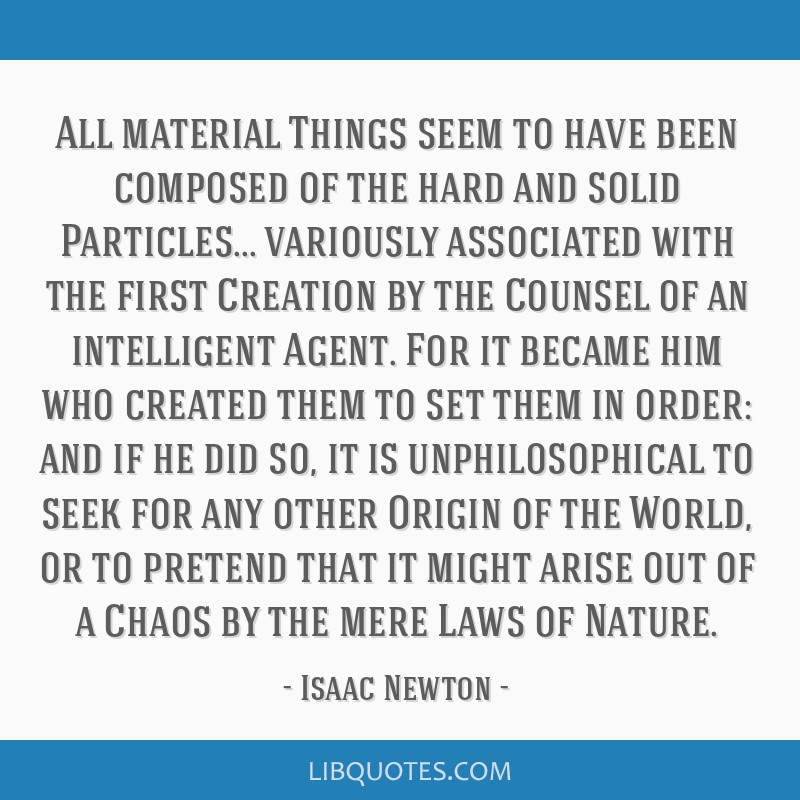 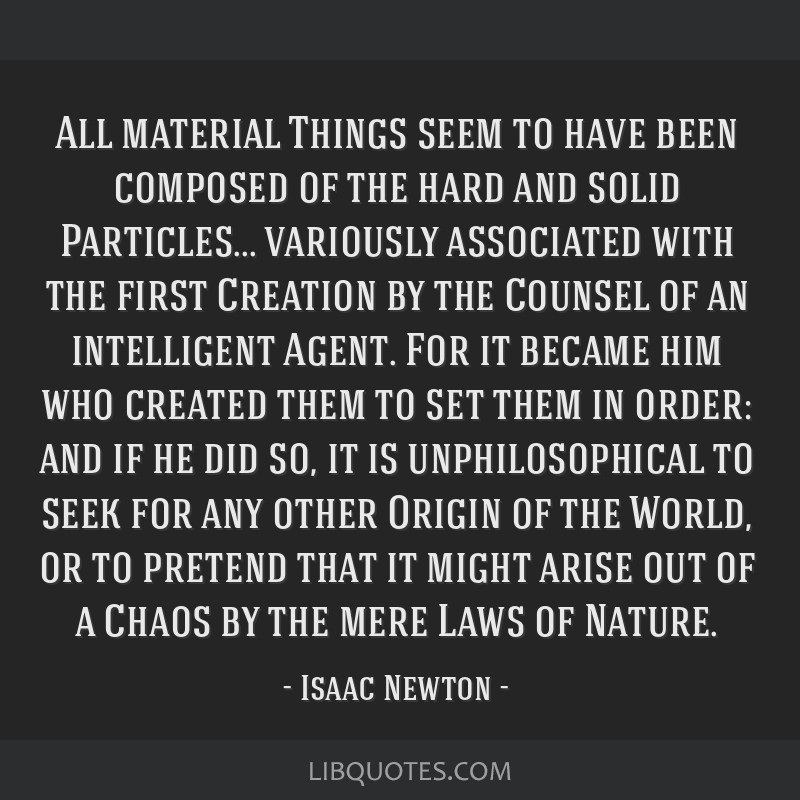 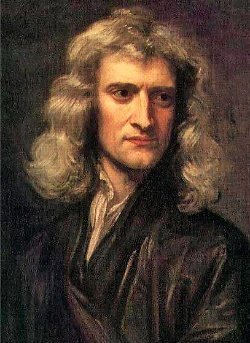