[written when news was received that a vast French invasion fleet had appeared off the south coast of England] MA CHERE AMIE, … I awake to fears of invasion, to noise, faction, drums, soldiers, and care:- the whole town has now but two employments- the learning of French, and the exercise of arms- which is highly political, in my poor opinion, for should the military fail of success, which is not impossible- why, the ladies must take the field, and scold them to their ships again. 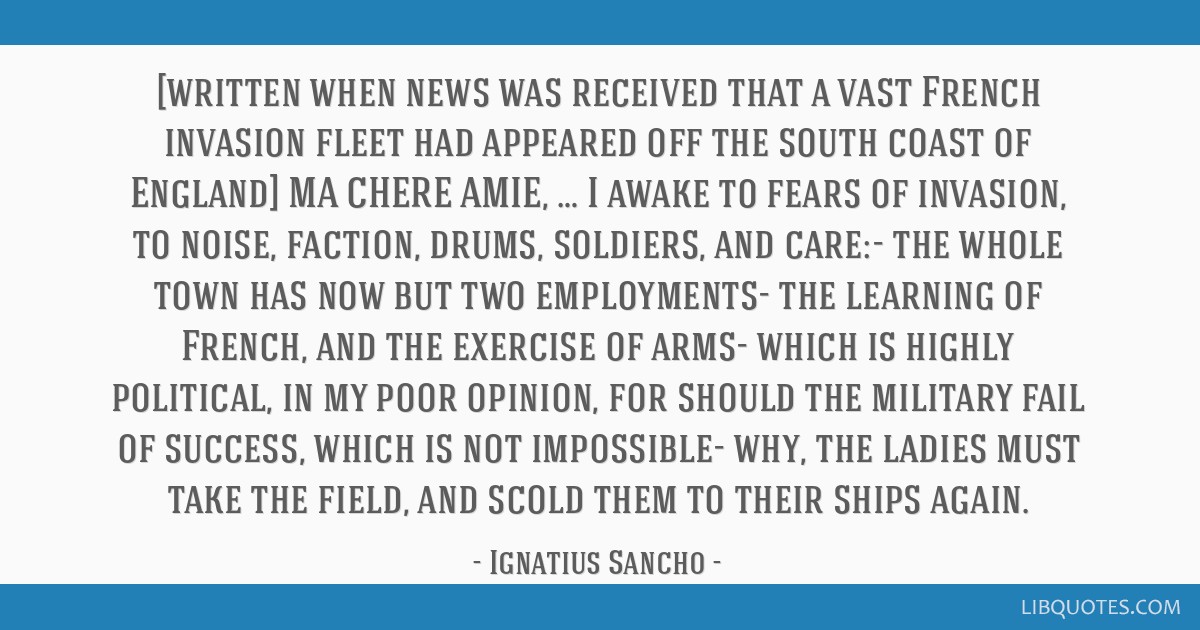 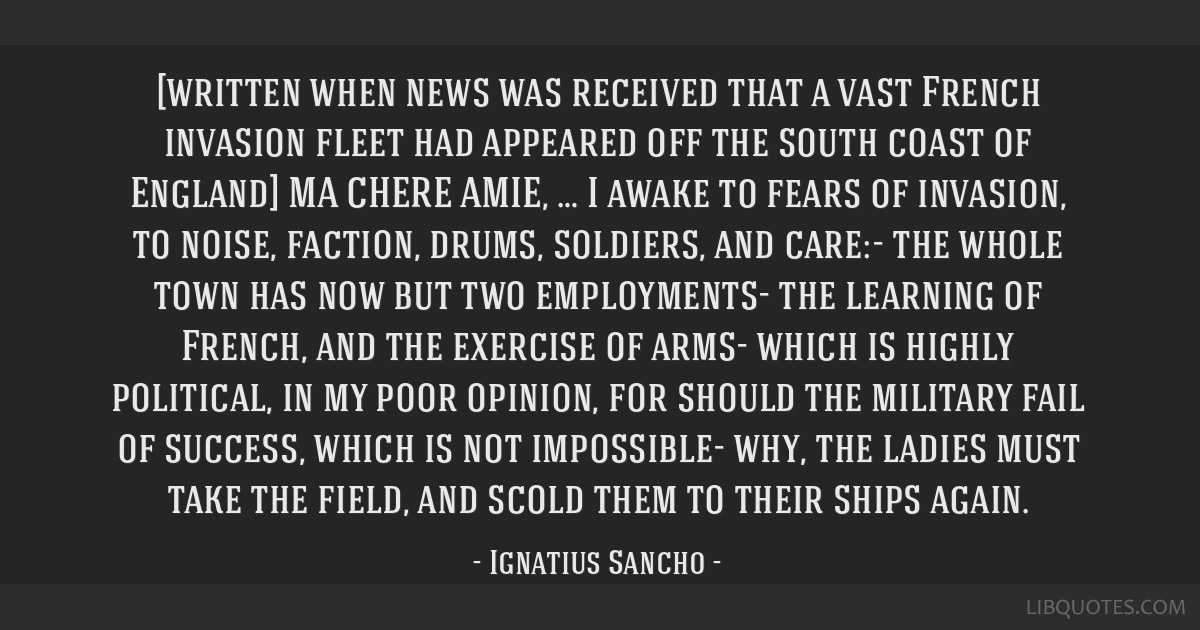 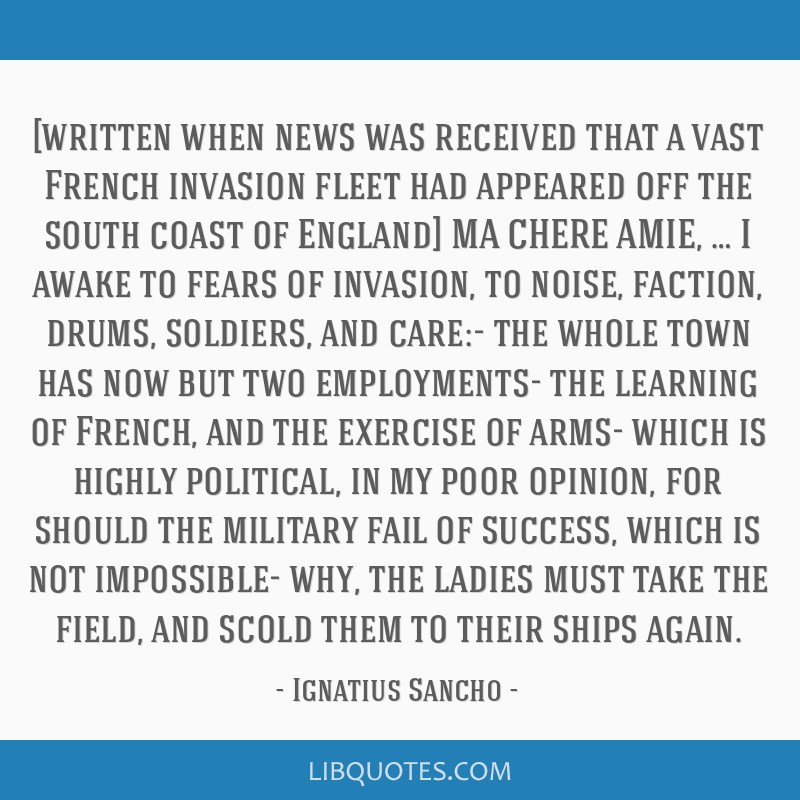 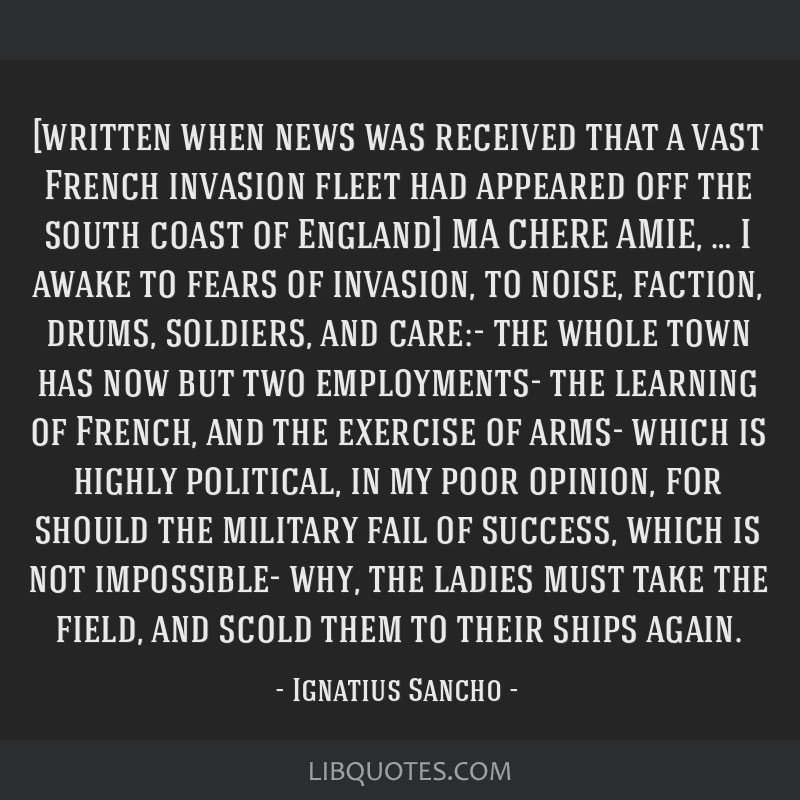 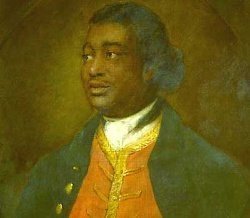