When he thought of her, it rather amazed him, that he had let that girl with her violin go. Now, of course, he saw that her self-effacing proposal was quite irrelevant. All she had needed was the certainty of his love, and his reassurance that there was no hurry when a lifetime lay ahead of them. Love and patience- if only he had had them both at once- would surely have seen them both through. 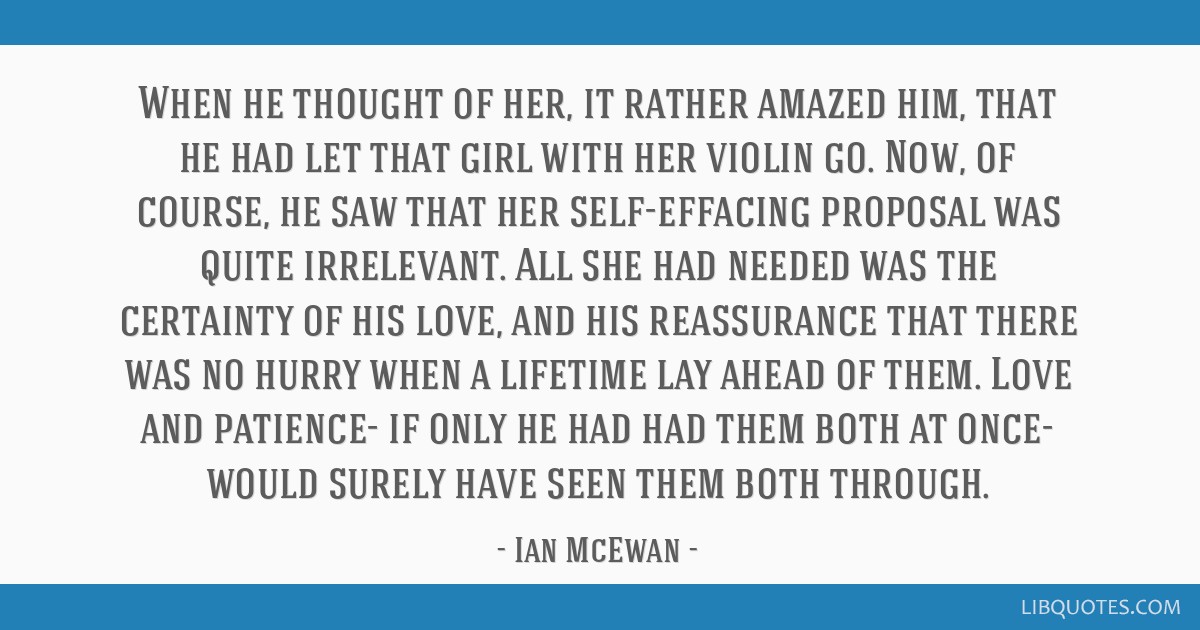 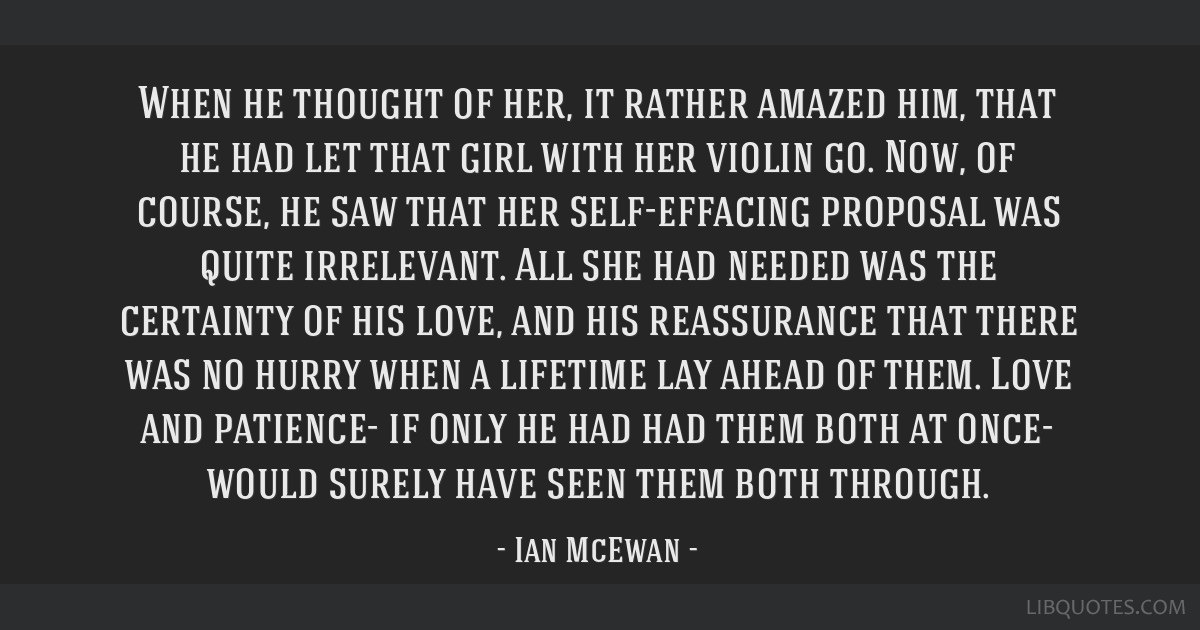 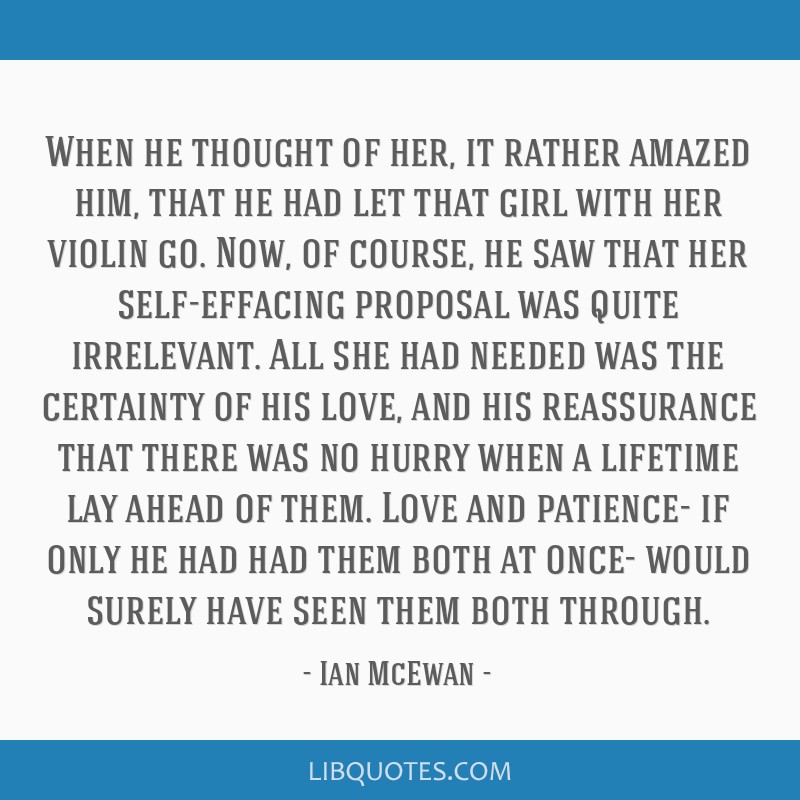 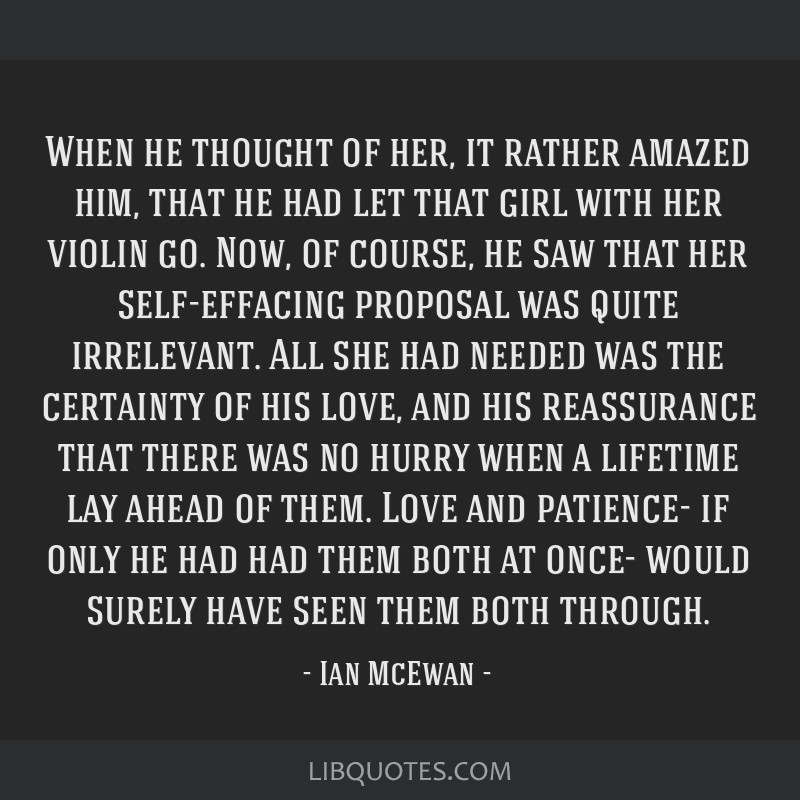 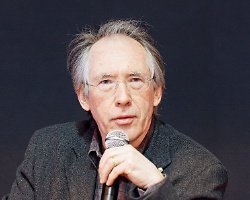