Obama is neither a socialist, nor a mere political accountant. He has some modest ideals, and may yet be an excellent president. But what is needed to revive liberal idealism is a set of new ideas on how to promote justice, equality and freedom in the world. Reagan, Thatcher, and Gorbachev, assisted in the end of an ideology, which once offered hope, and inspired real progress, but resulted in slavery and mass murder. We are still waiting for a new vision, which will lead to progress, but this time, we hope, without tyranny. 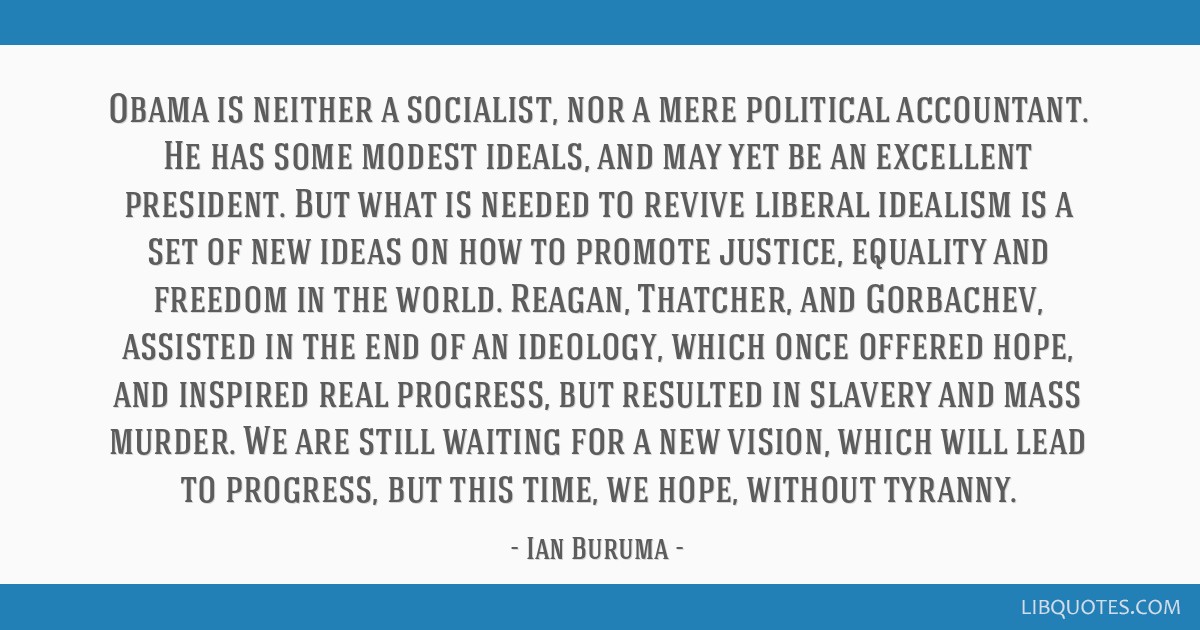 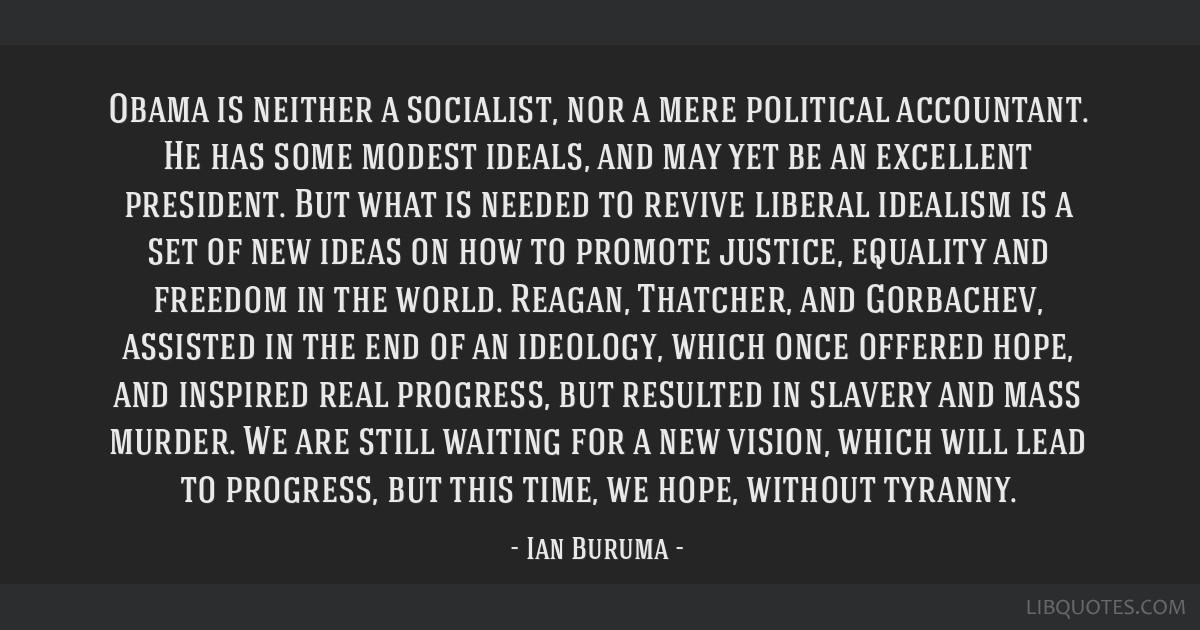 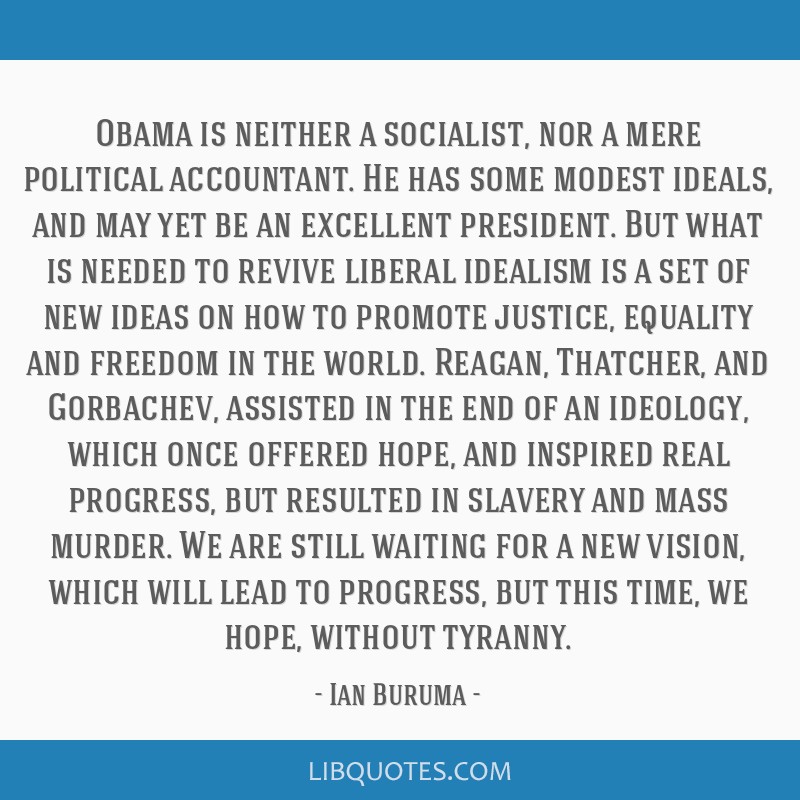 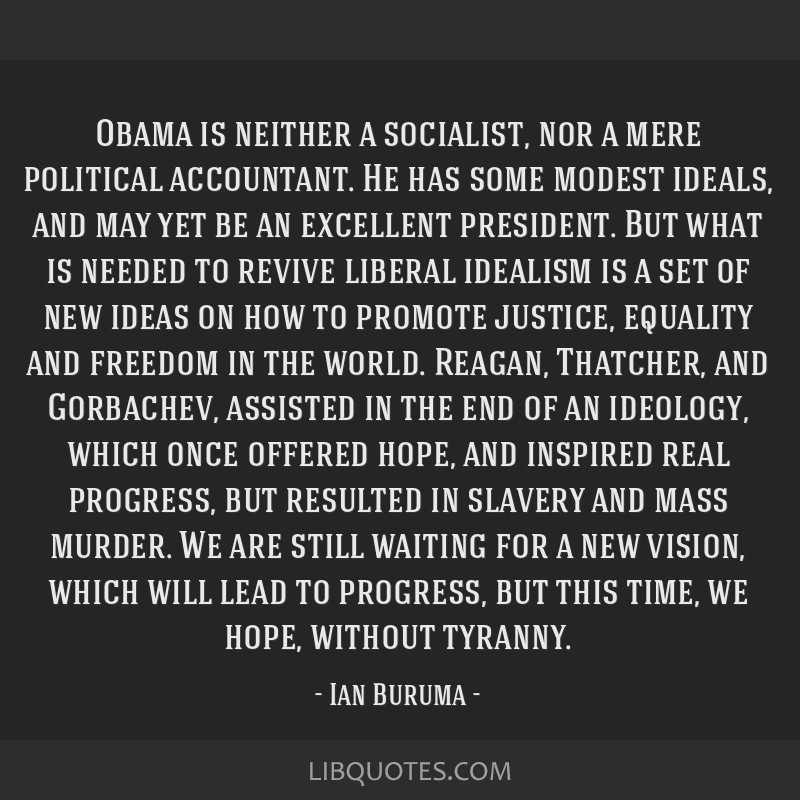 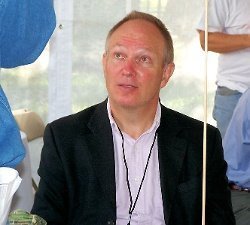