The cause of the break with the tradition of antiquity was the rapid and unexpected advance of Islam. The result of this advance was the final separation of East from West, and the end of the Mediterranean unity.

Henri Pirenne
The Germanic invasions destroyed neither the Mediterranean unity of the ancient world, nor what may be regarded as the truly essential features of the Roman culture as it still existed in the 5th century, at a time when there was no longer an Emperor in the West.

Henri Pirenne
There happened in the Middle Ages what has happened so often since then. Those who were the beneficiaries of the established order were bent on defending it, not so much, perhaps, because it guaranteed their interests, as because it seemed to them indispensable to the preservation of society. 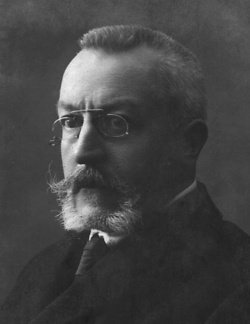 Creative Commons
Born: December 23, 1862
Died: October 25, 1935 (aged 72)
Bio: Henri Pirenne was a Belgian historian. A medievalist of Walloon descent, he wrote a multivolume history of Belgium in French and became a national hero. He also became prominent in the nonviolent resistance to the Germans who occupied Belgium in World War I.
Known for: