Jefferson Davis is categorical in pronouncing four million Americans, and all their descendants for all future time, to be 'the degenerate sons of Ham', fit only to be slaves. This implies that Negroes were descended from the Canaanites. But the Canaanites were not black! Neither were the great majority of the many millions of slaves in the ancient world. We mention these facts as conclusively refuting Davis' thesis, even if there is someone not under legal constraint who is inclined to accept the lunatic notion that anyone today can be justly enslaved because of the episode described in the ninth chapter of Genesis.

Defending the Cause of Human Freedom (1994) 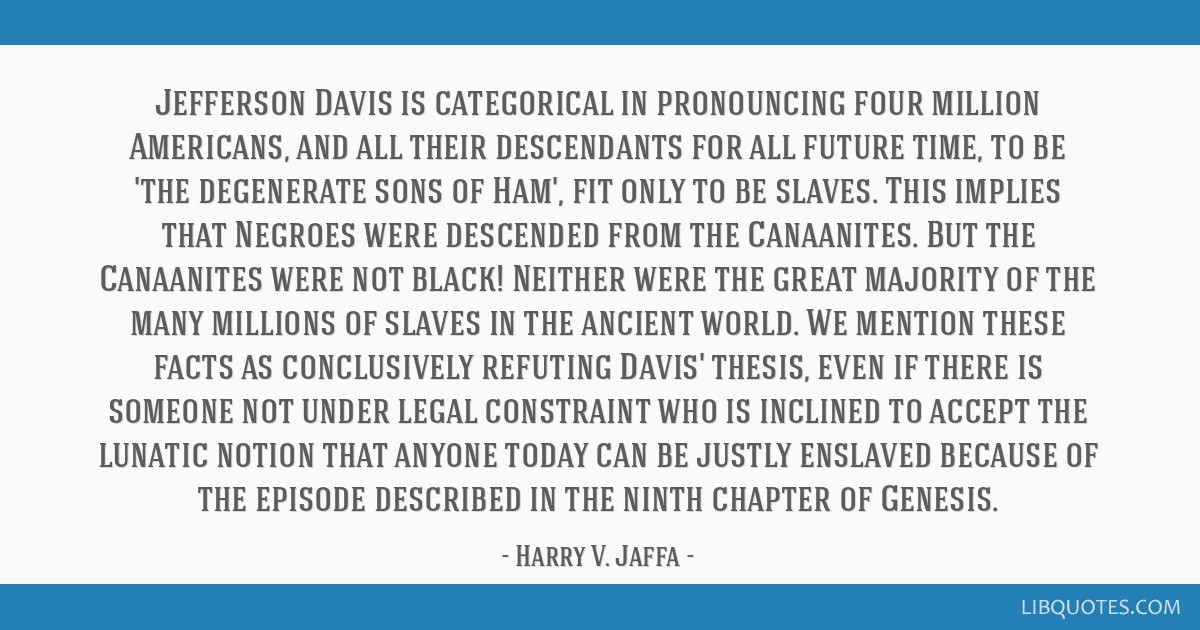 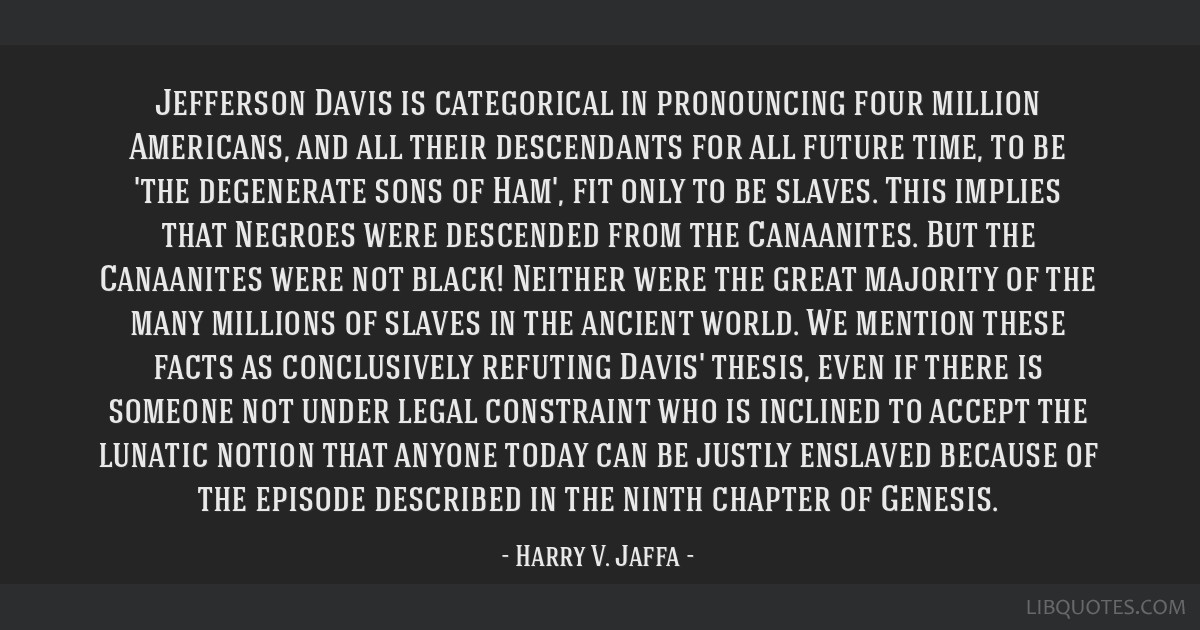 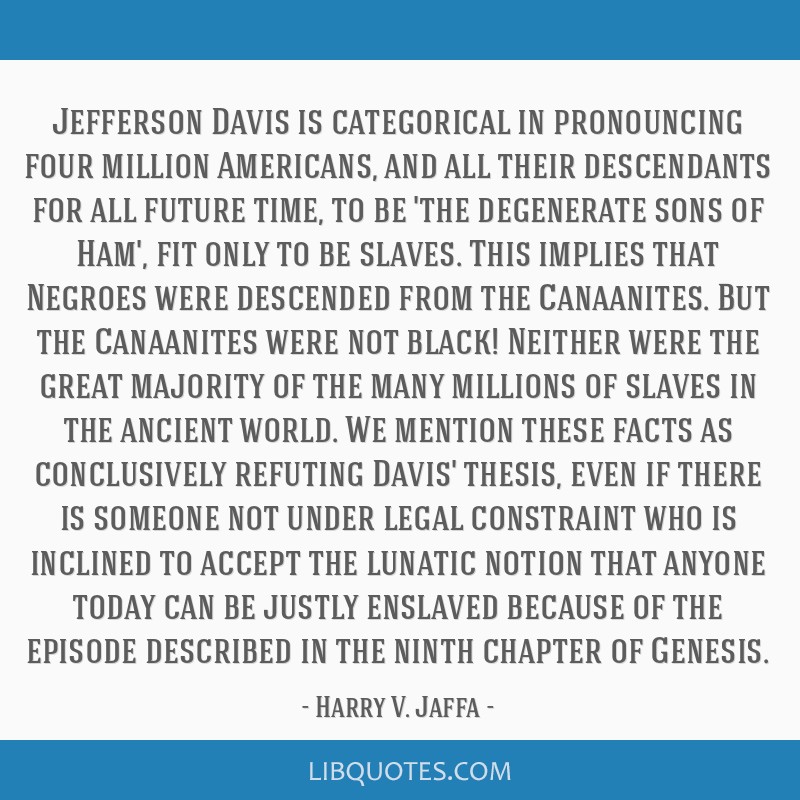 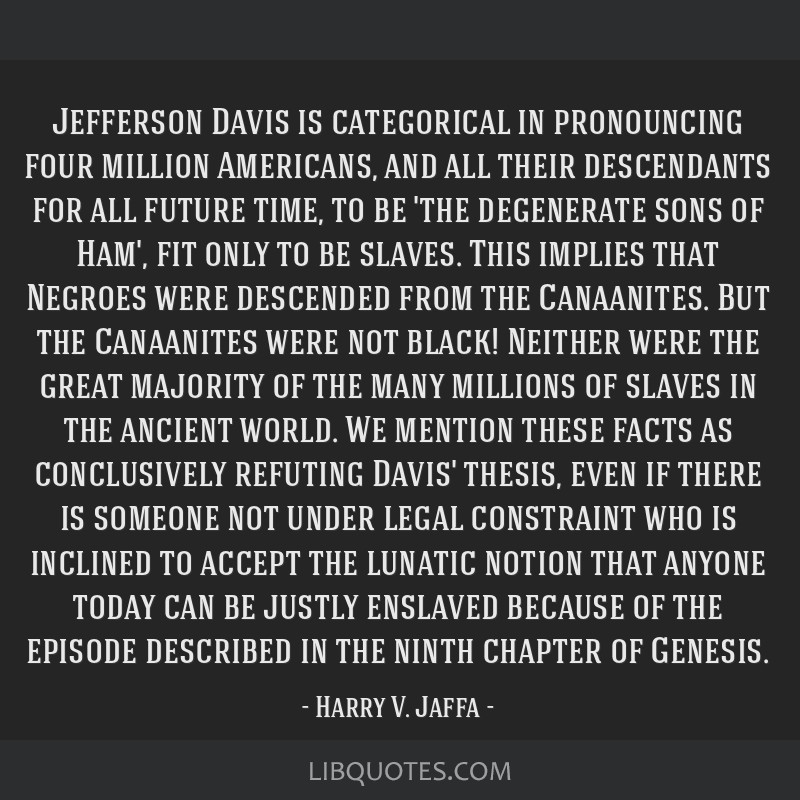