John C. Calhoun was the philosopher-king of the old south, the spiritual mentor of Stephens, Davis, and most of the political leaders of the Confederacy. Bradford and McClellan, following Willmoore Kendall, are obsessed with the utterly false notion that Lincoln was somehow responsible for the permissive egalitarianism of the contemporary welfare state. But equality as such was no less important to Calhoun than to Lincoln. It was just a different kind of equality.

Defending the Cause of Human Freedom (1994) 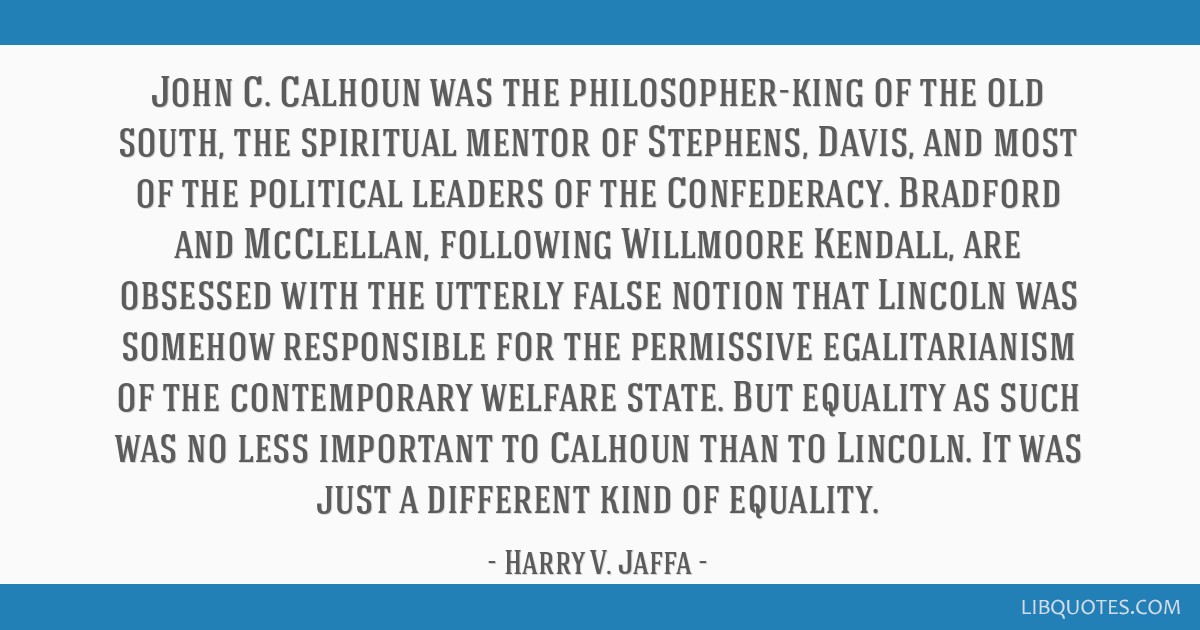 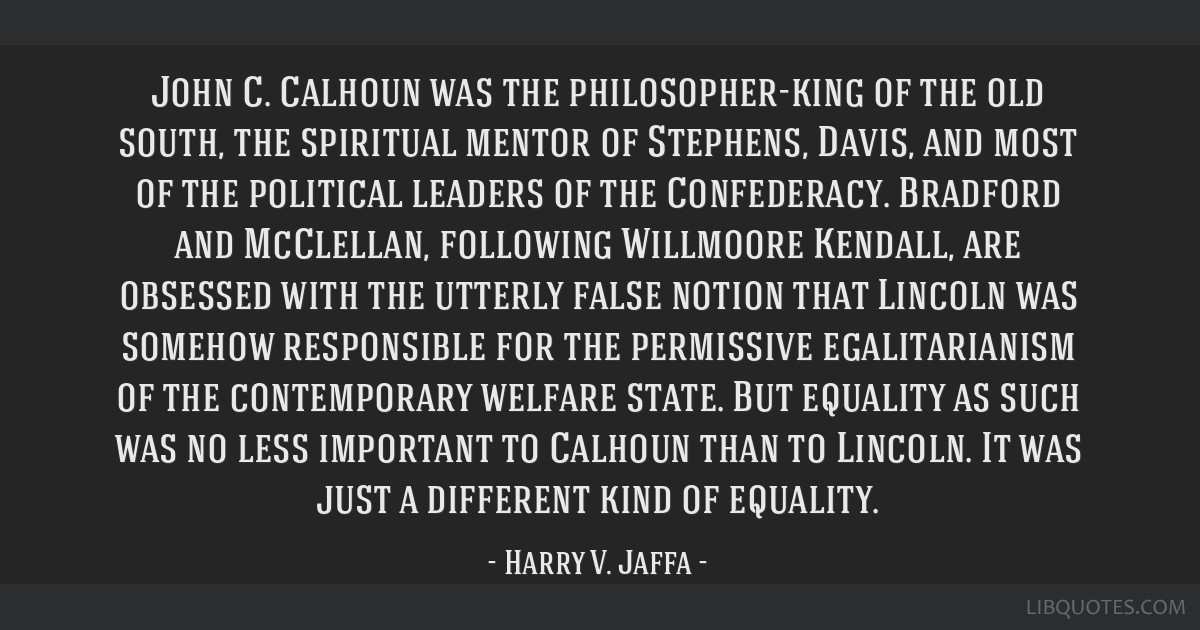 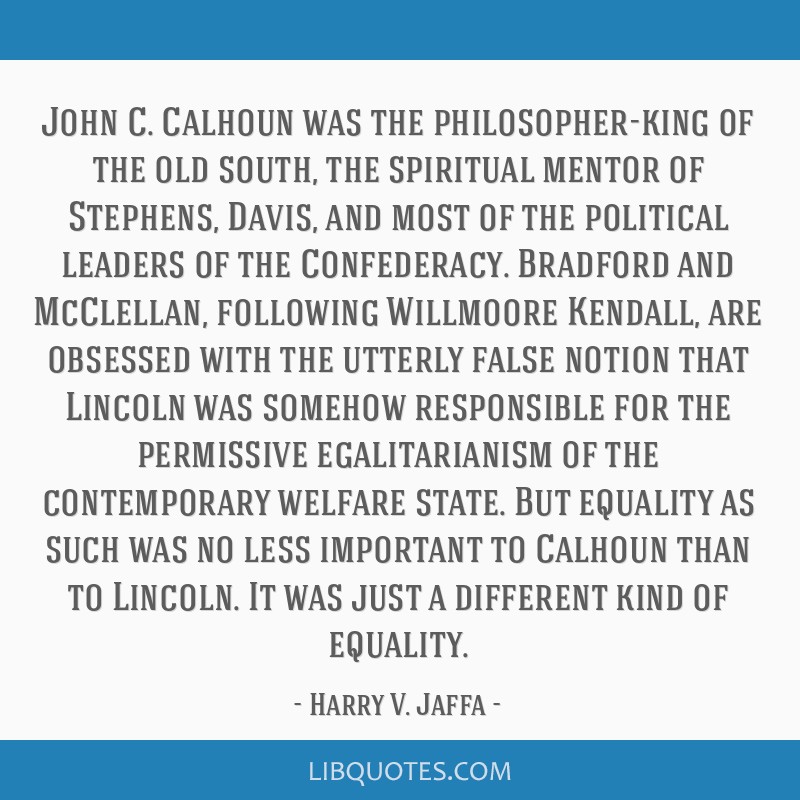 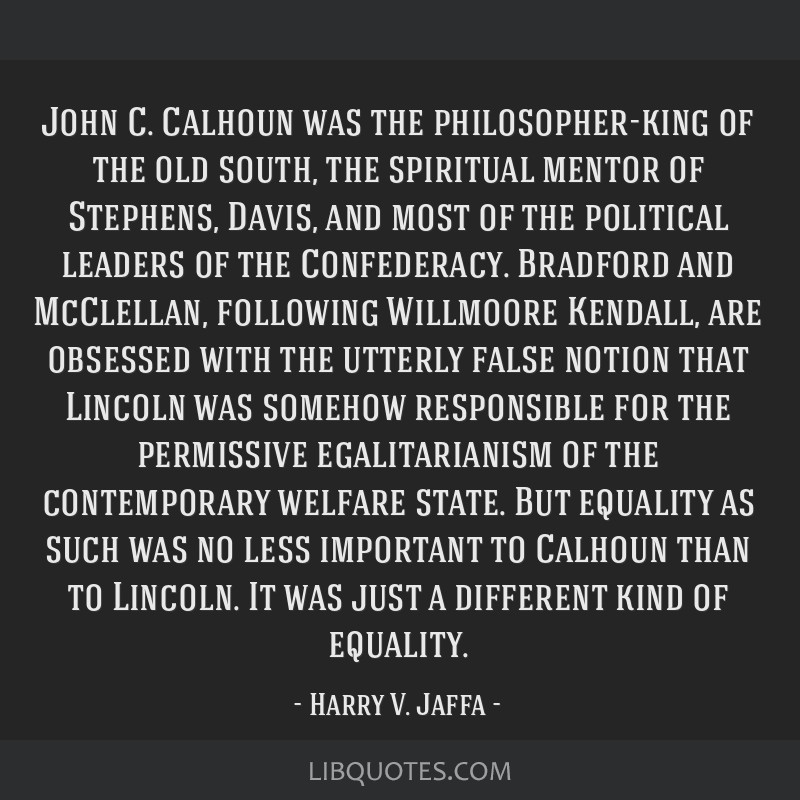