Scientology is bullshit! Man, I was there the night L. Ron Hubbard invented it, for Christ's sakes! … We were sitting around one night... who else was there? Alfred Bester, and Cyril Kornbluth, and Lester del Rey, and Ron Hubbard, who was making a penny a word, and had been for years. And he said "This bullshit's got to stop!" He says, "I gotta get money." He says, "I want to get rich". And somebody said, "why don't you invent a new religion? They're always big." We were clowning! You know, "Become Elmer Gantry! You'll make a fortune!" He says, "I'm going to do it." 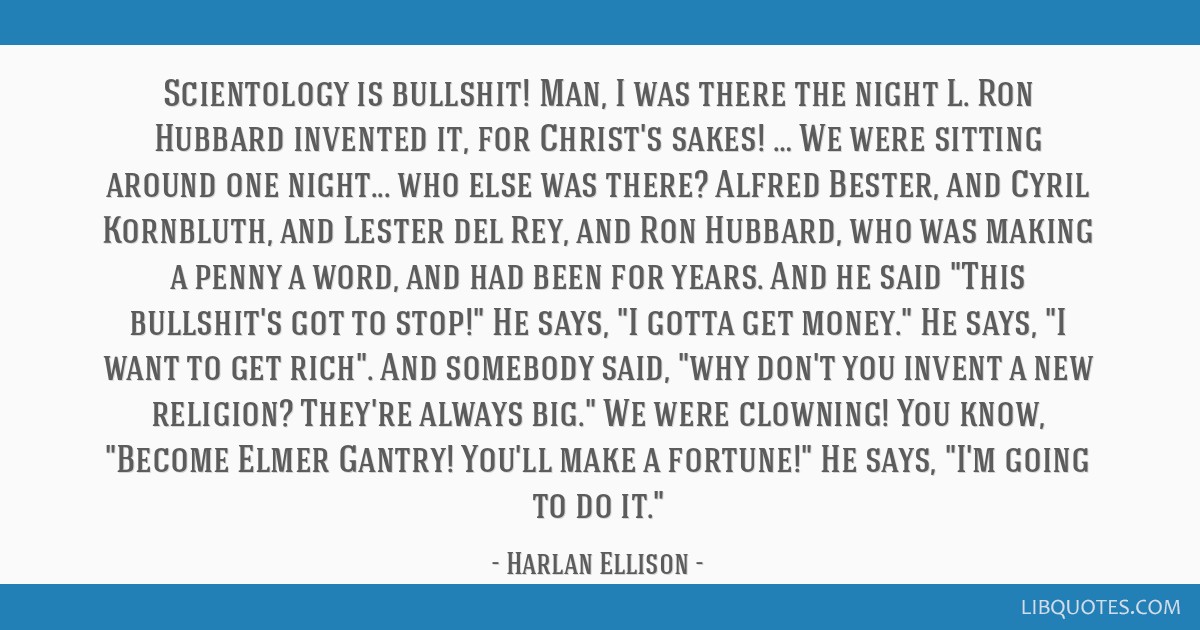 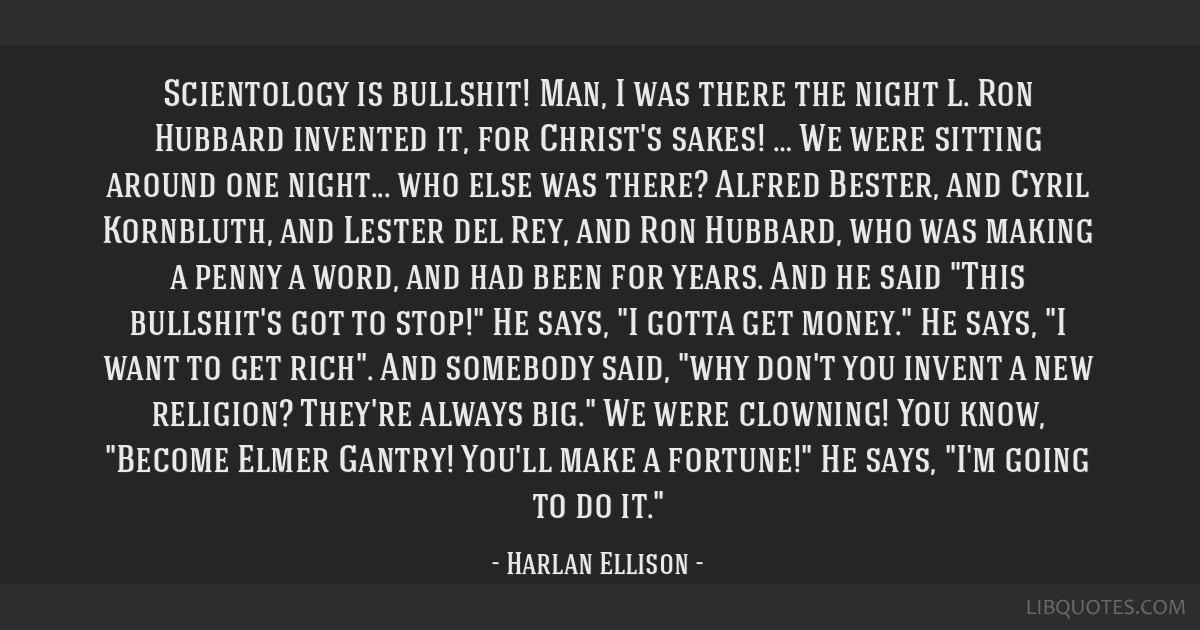 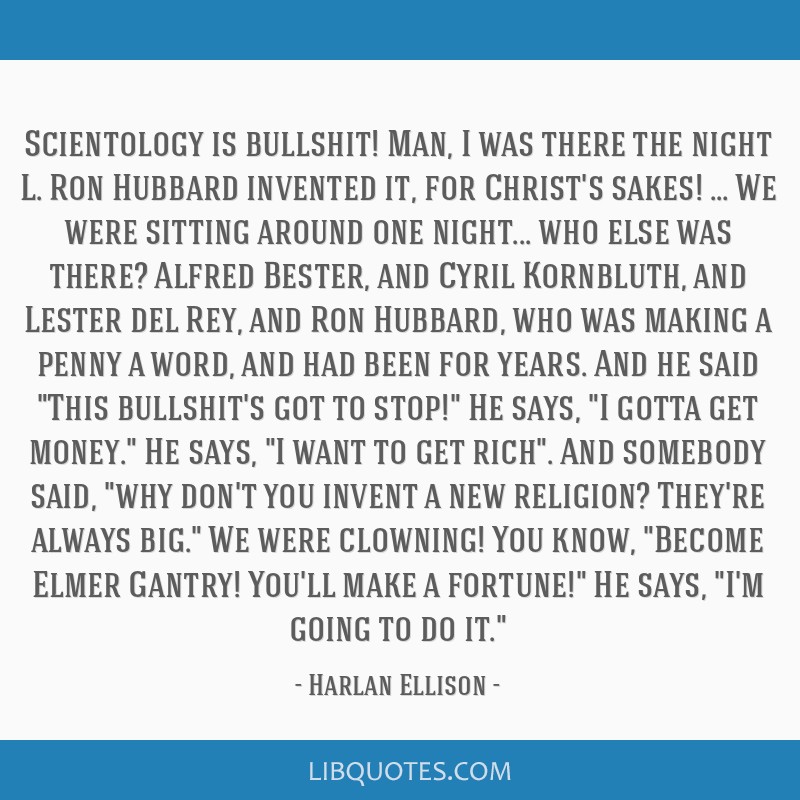 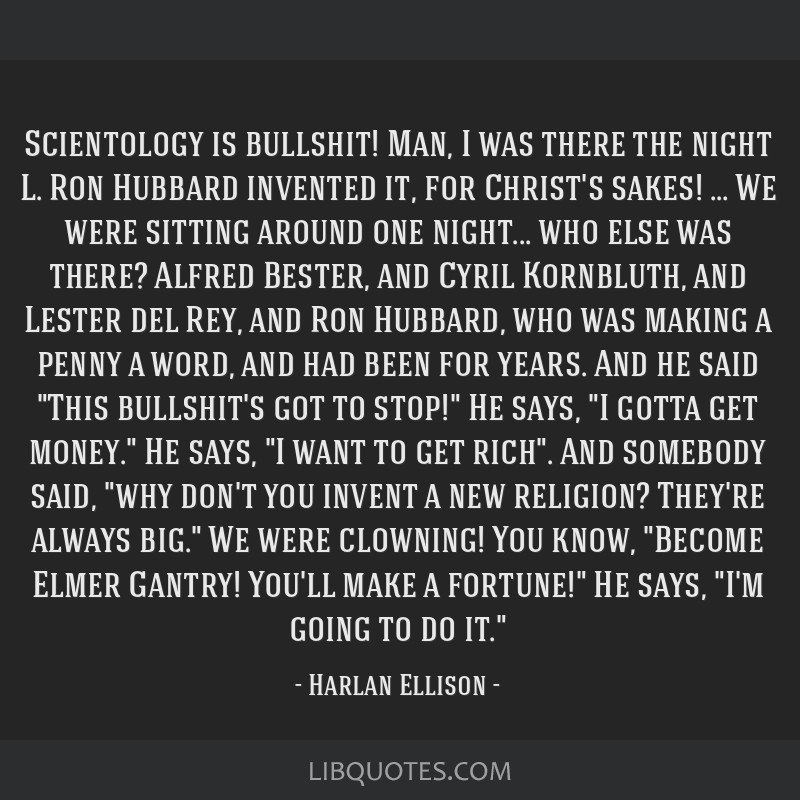 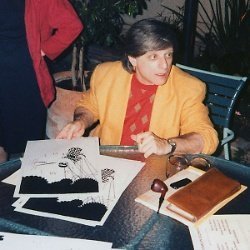