It must be confessed that the new quantum mechanics is far from satisfying the requirements of the layman who seeks to clothe his conceptions in figurative language. Indeed, its originators probably hold that such symbolic representation is inherently impossible. It is earnestly to be hoped that this is not their last word on the subject, and that they may yet be successful in expressing the quantum postulate in picturesque form.

(April 14 1928). "Introduction to Niels Bohr's The quantum postulate and recent developments of quantum theory". Nature, Suppl. No. 3050 6 (52). As quoted by K. V. Laurikainen, The Origin and Development of the Idea of Complementarity, 1980. 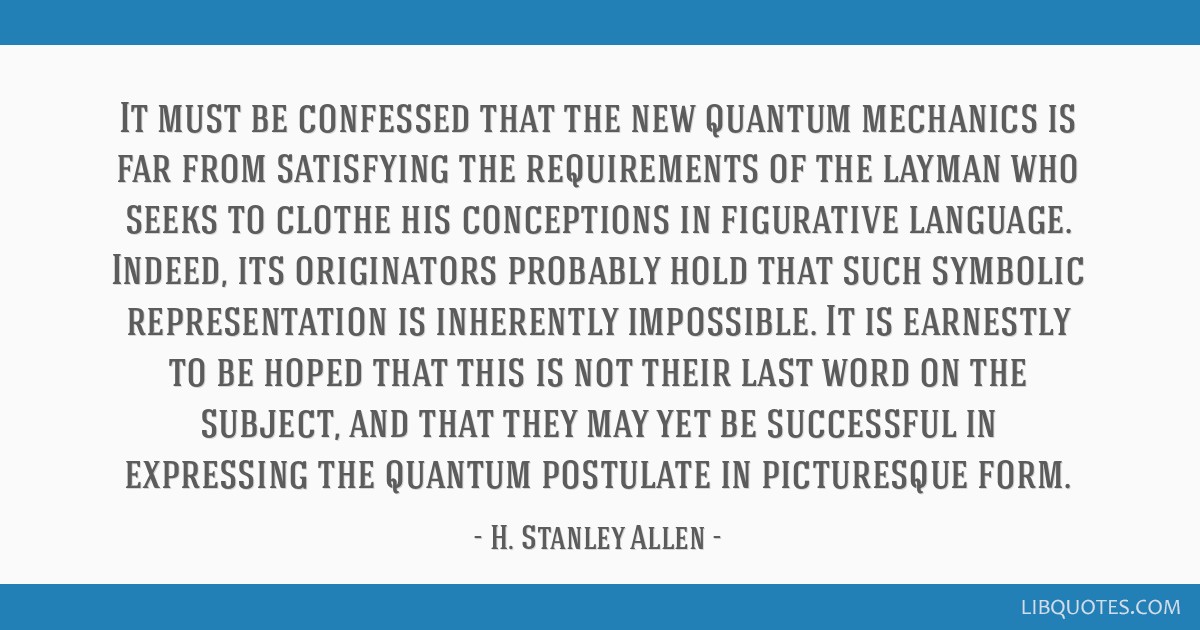 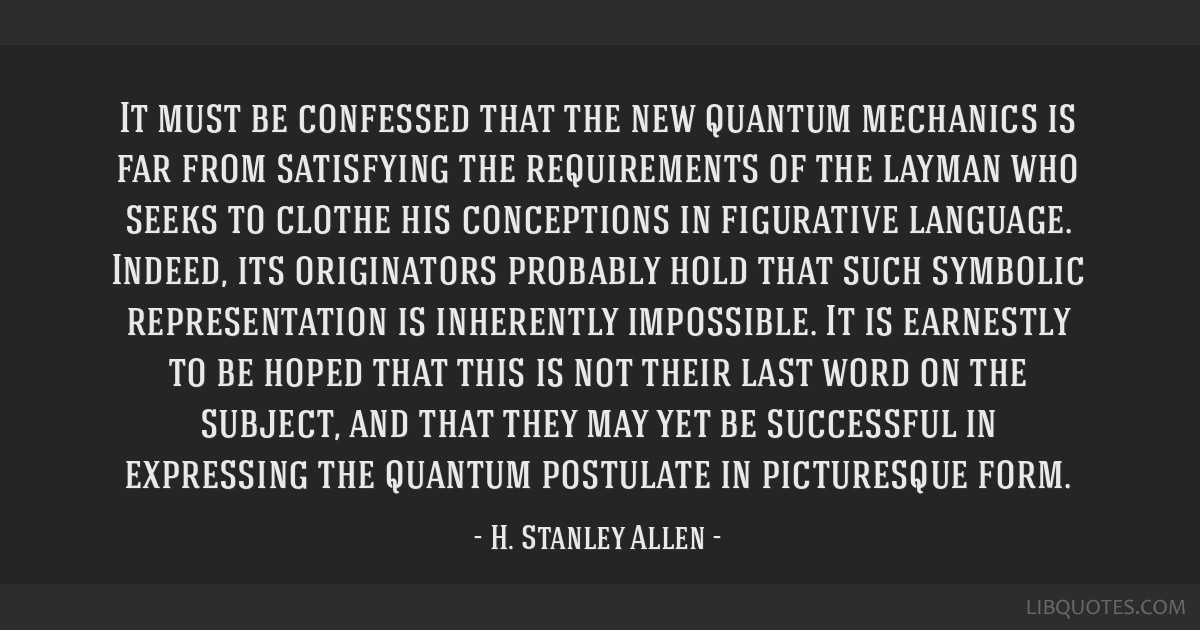 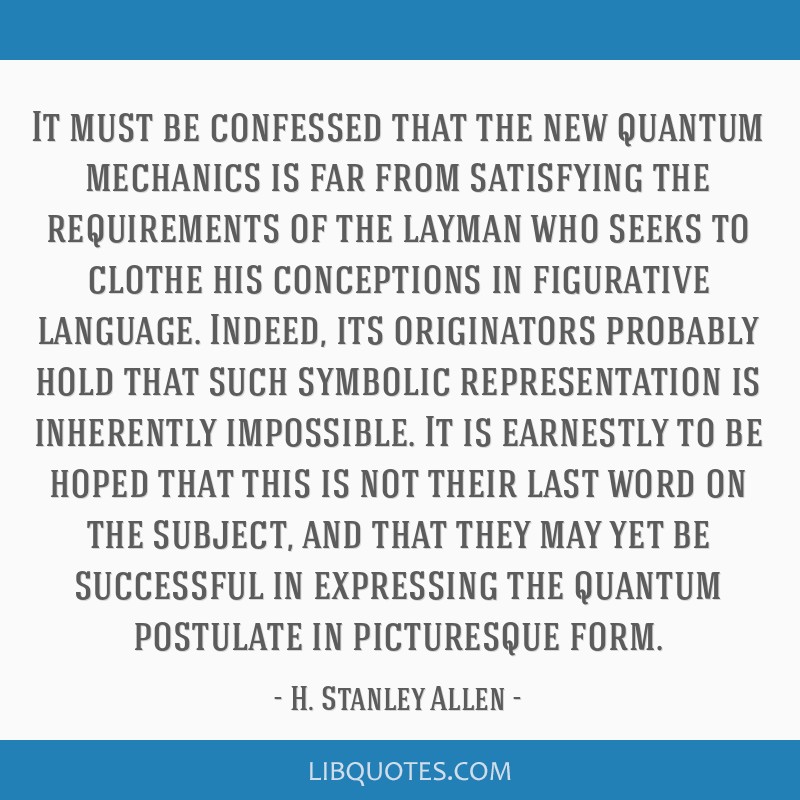 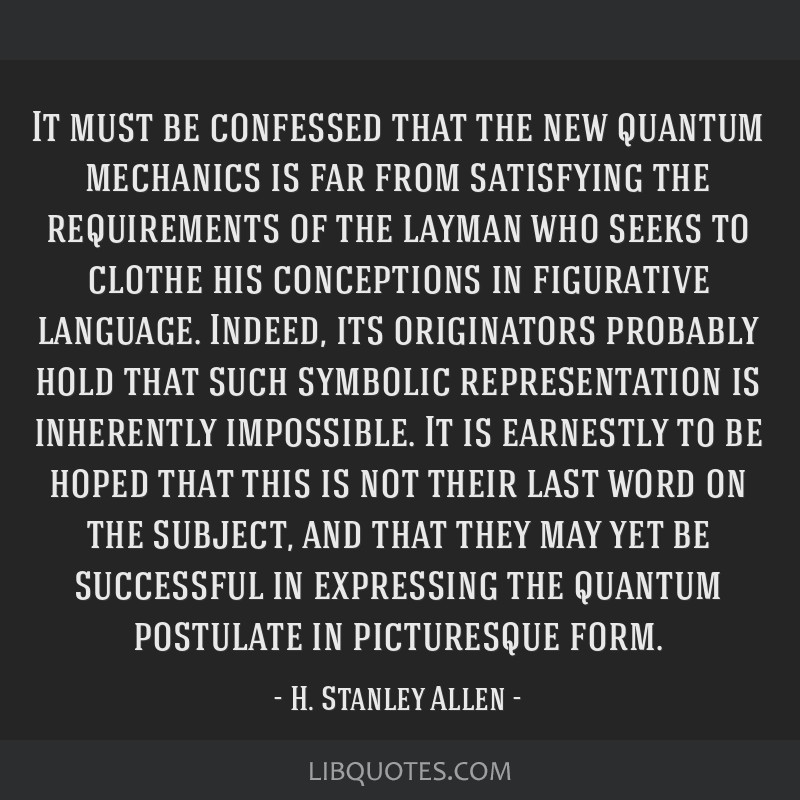