Politics, under a democracy, reduces itself to a mere struggle for office by flatterers of the proletariat; even when a superior man prevails at that disgusting game he must prevail at the cost of his self-respect. Not many superior men make the attempt. The average great captain of the rabble, when he is not simply a weeper over irremediable wrongs, is a hypocrite so far gone that he is unconscious of his own hypocrisy—a slimy fellow, offensive to the nose.

Introduction to Nietzsche's The Antichrist 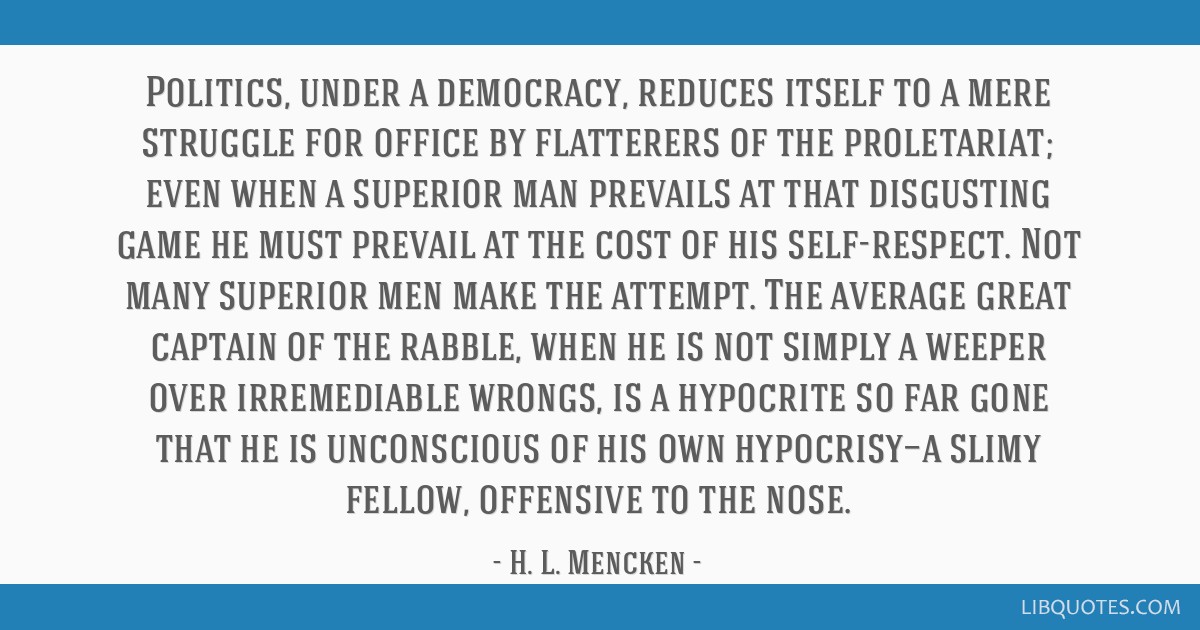 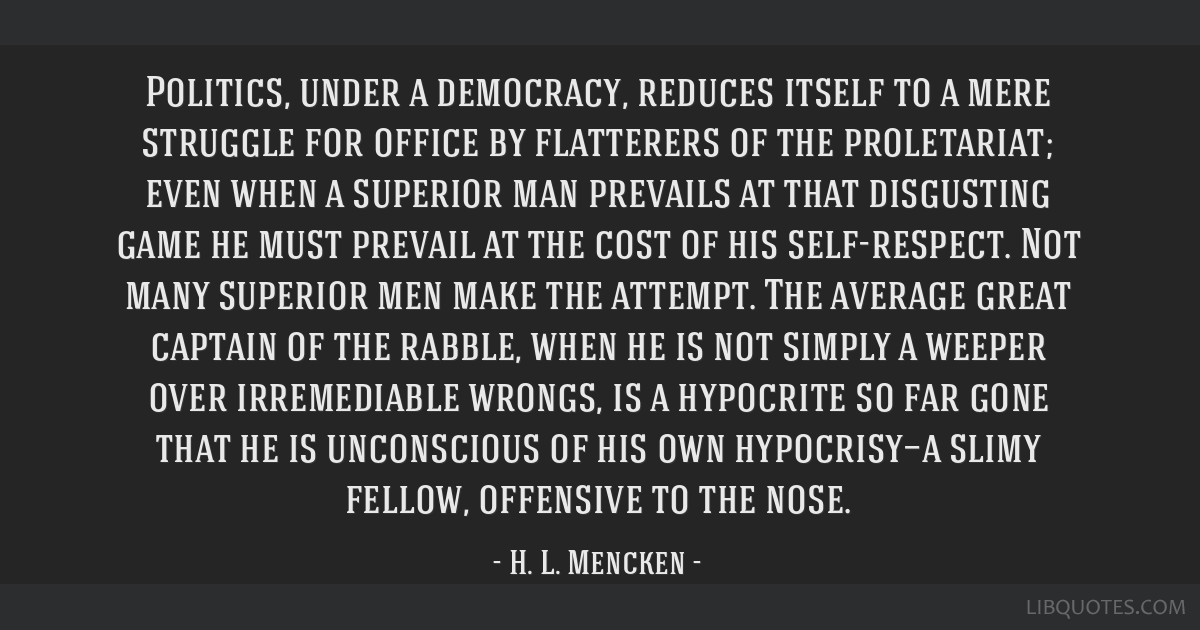 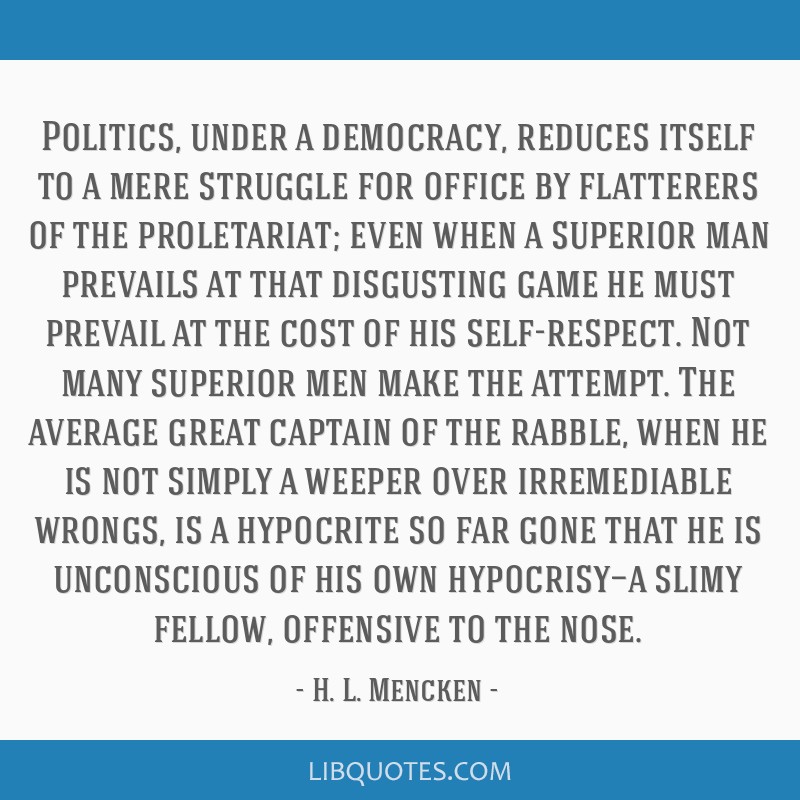 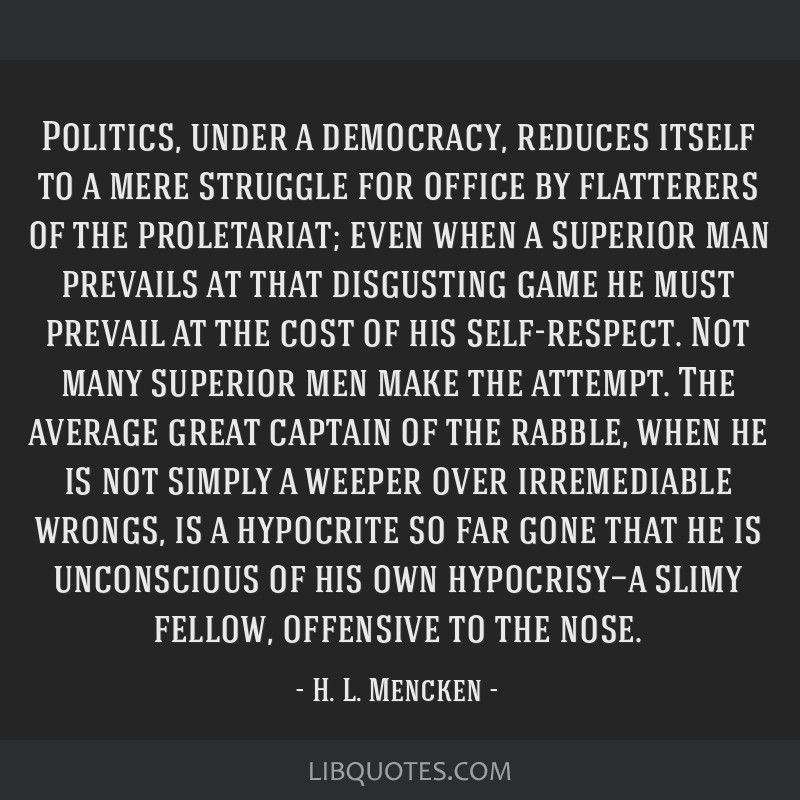