It is difficult to believe that even idiots ever succumbed to such transparent contradictions, to such gaudy processions of mere counter-words, to so vast and obvious a nonsensicalitysentence after sentence that has no apparent meaning at all--stuff quite as bad as the worst bosh of Warren Gamaliel Harding. 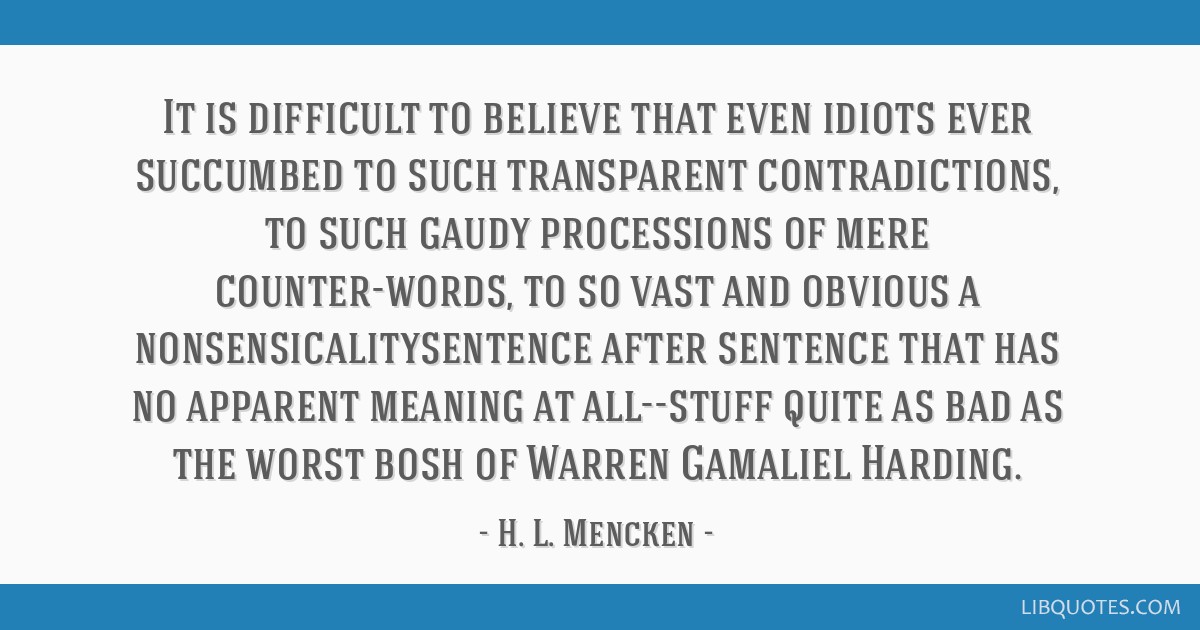 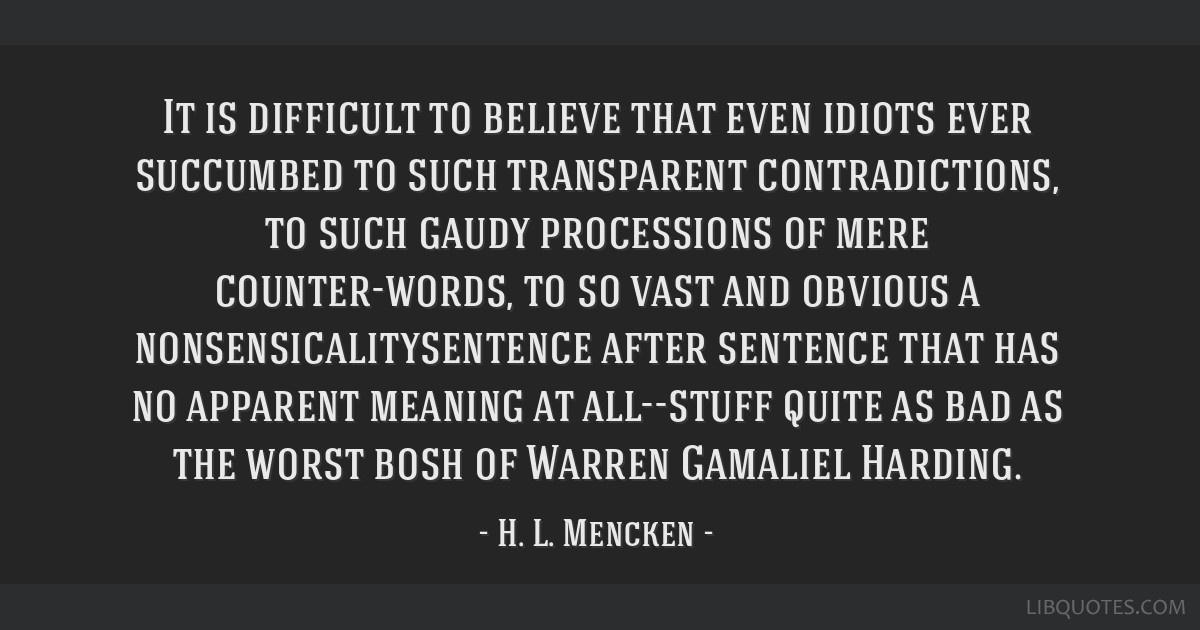 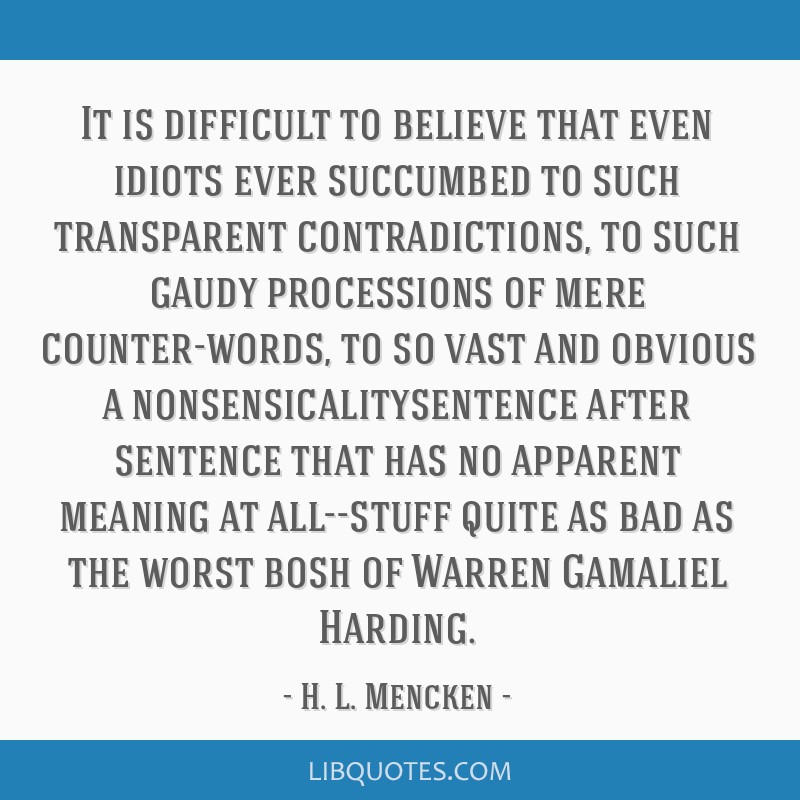 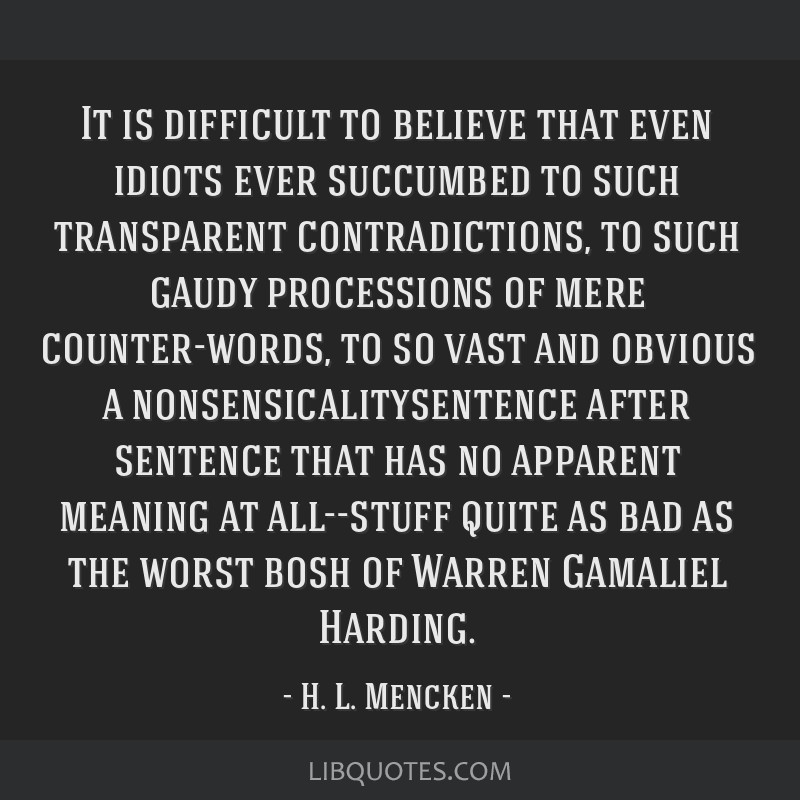