The Gettysburg speech was at once the shortest and the most famous oration in American history... But let us not forget that it is poetry, not logic; beauty, not sense. Think of the argument in it! Put it into the cold words of everyday! The doctrine is simply this: that the Union soldiers who died at Gettysburg sacrificed their lives to the cause of self-determination – "that government of the people, by the people, for the people, should not perish from the earth". It is difficult to imagine anything more untrue. The Union soldiers in the battle actually fought against self-determination; it was the Confederates who fought for the right of their people to govern themselves. 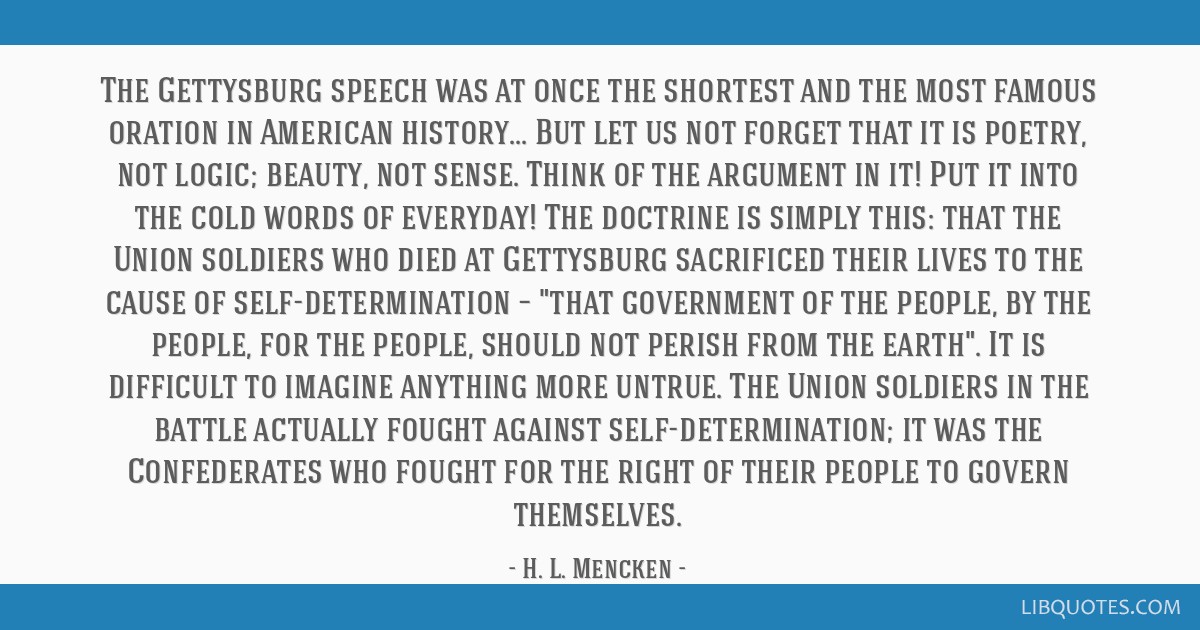 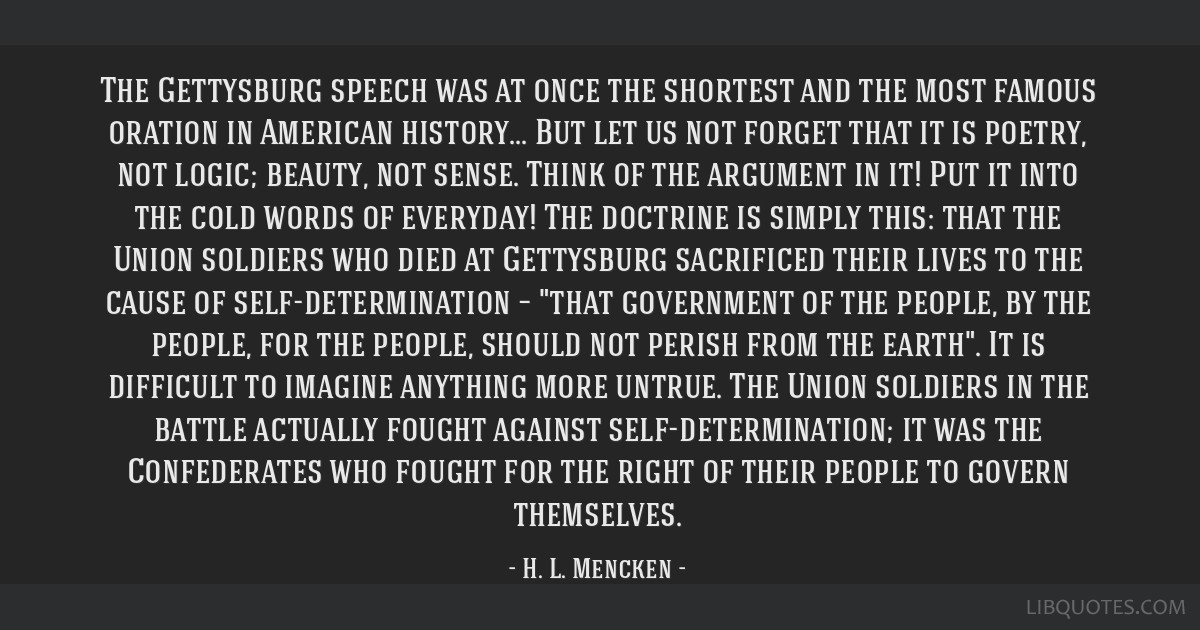 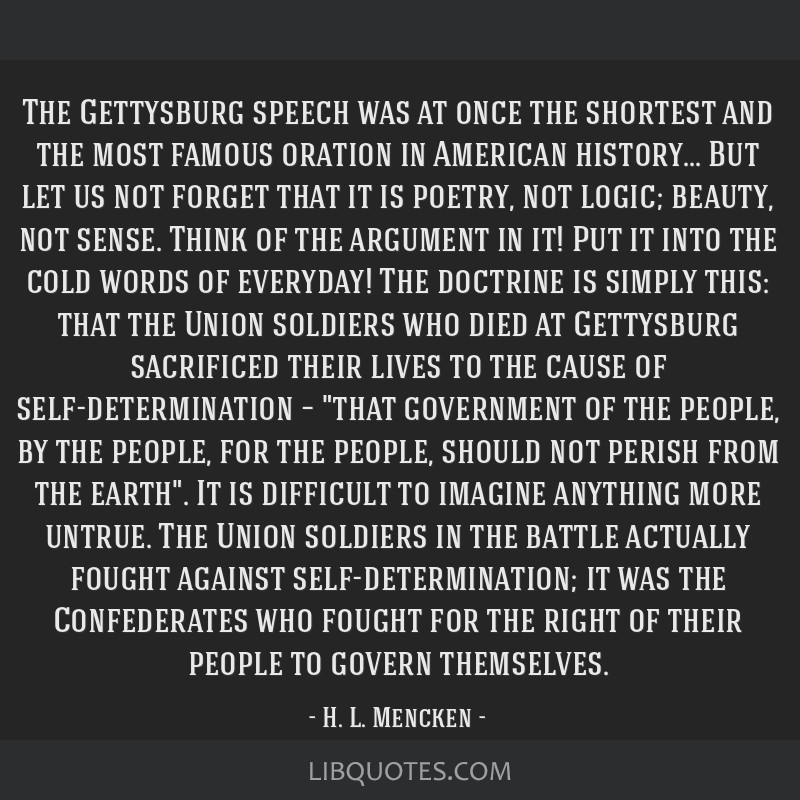