I was wise to quit writing for the Sun back in January, 1941, for it was obvious by then that Roosevelt would horn into the war soon or late, and I knew by bitter experience in the last war that I'd be throttled at once. Since then I have thought out many likely articles, but not one of them has been printable. In these days, indeed, my very vocabulary is prohibited. I couldn't so much as mention Roosevelt or Churchill or any of the other frauds without having to face a savage official onslaught, with all blows directed below the belt. The common notion that free speech prevails in the United States always makes me laugh. 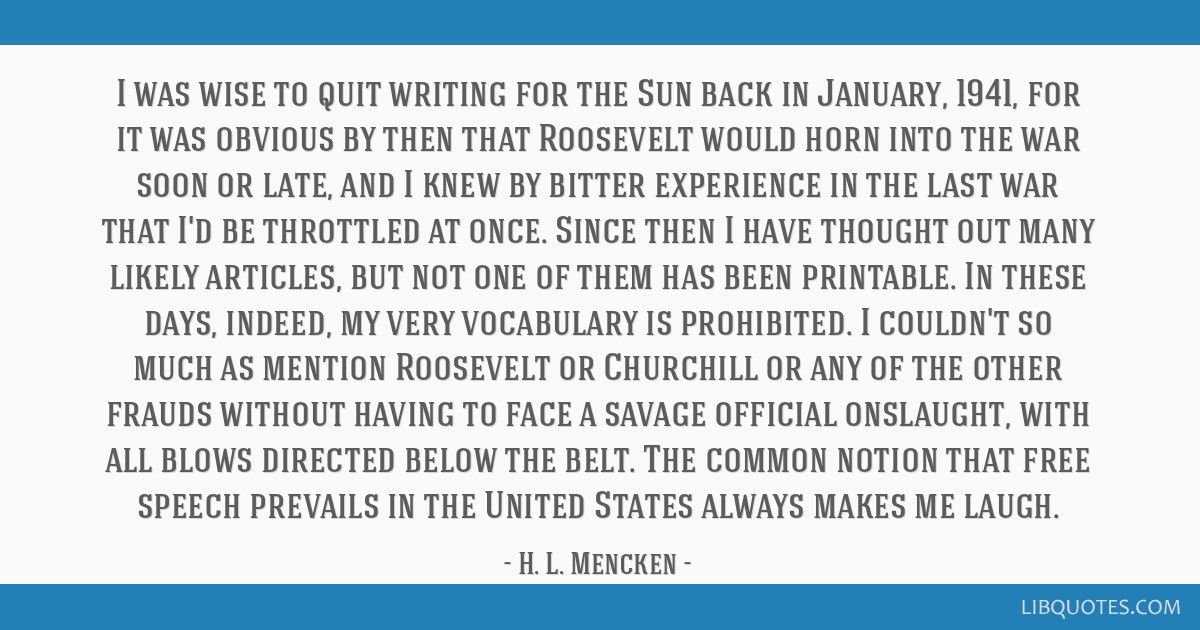 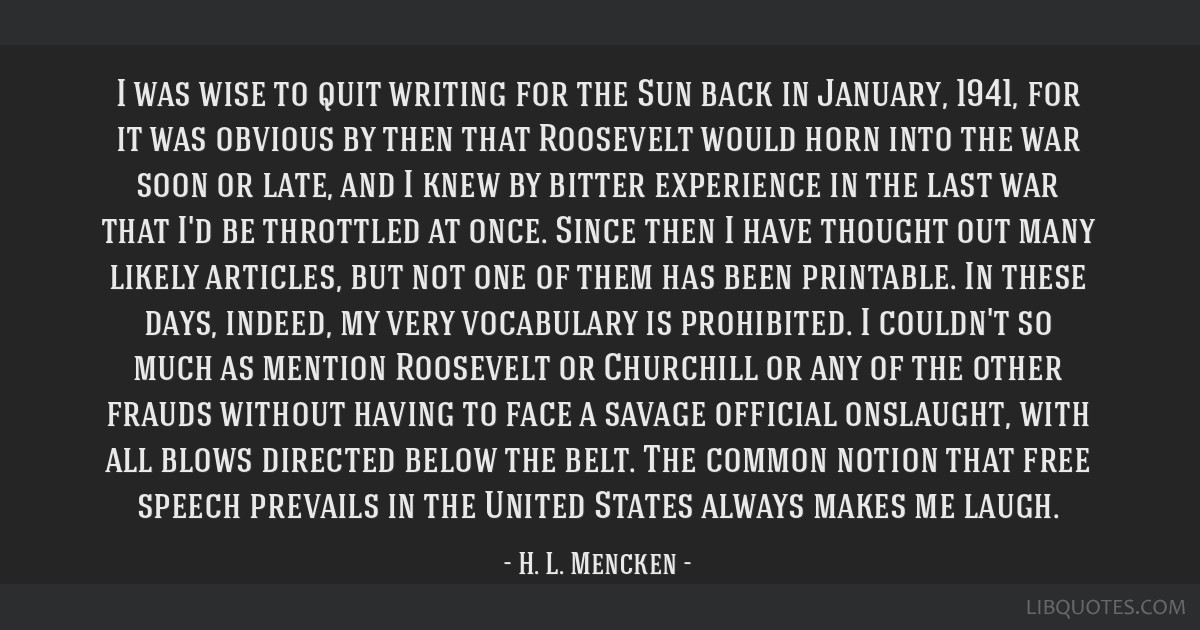 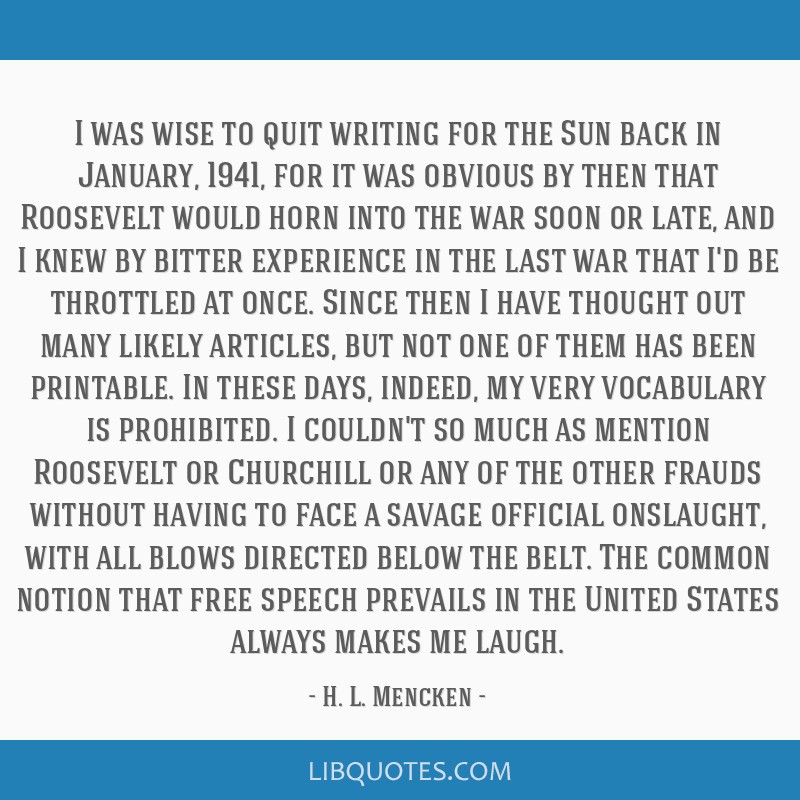 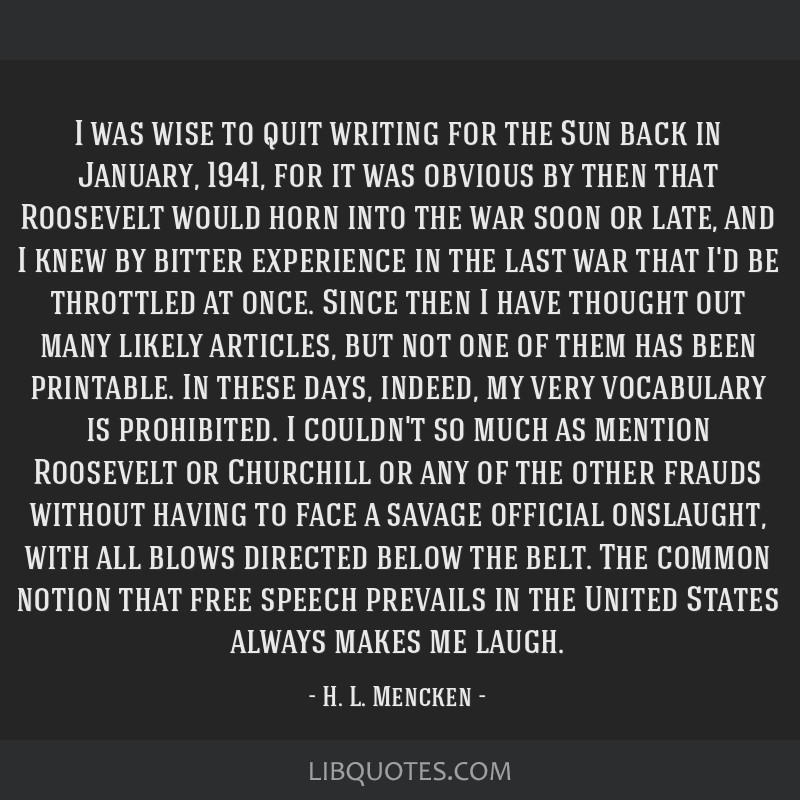