The count uttered several rather risky witticisms, but so tactfully were they said that his audience could not help smiling. Loiseau in turn made some considerably broader jokes, but no one took offence; and the thought expressed with such brutal directness by his wife was uppermost in the minds of all: "Since it's the girl's trade, why should she refuse this man more than another?" 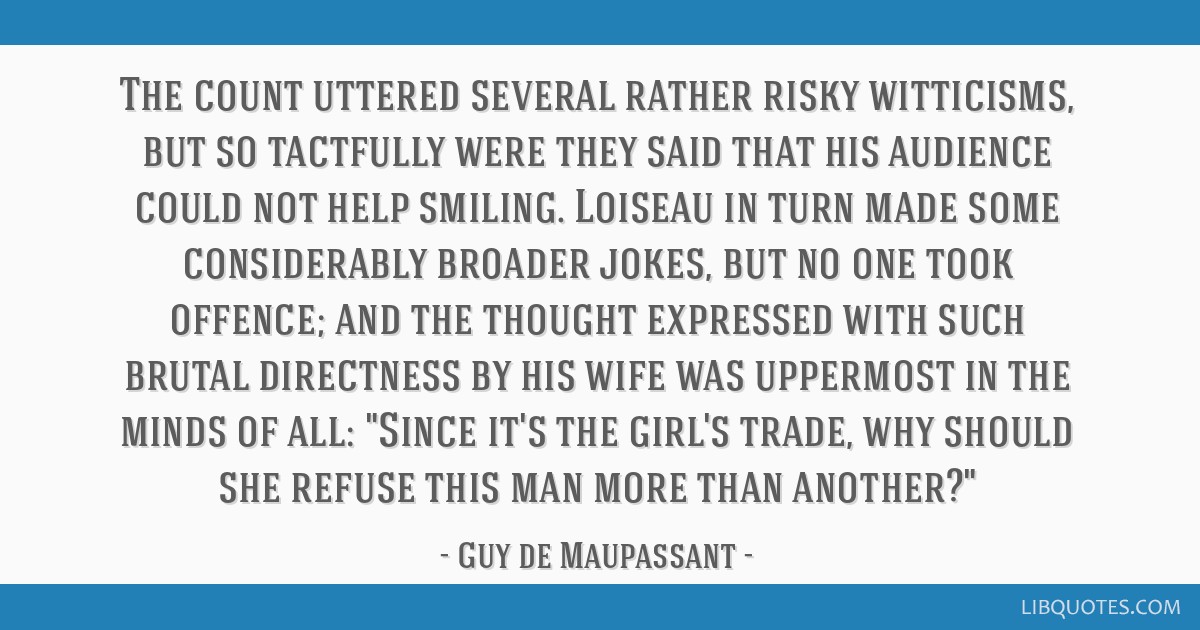 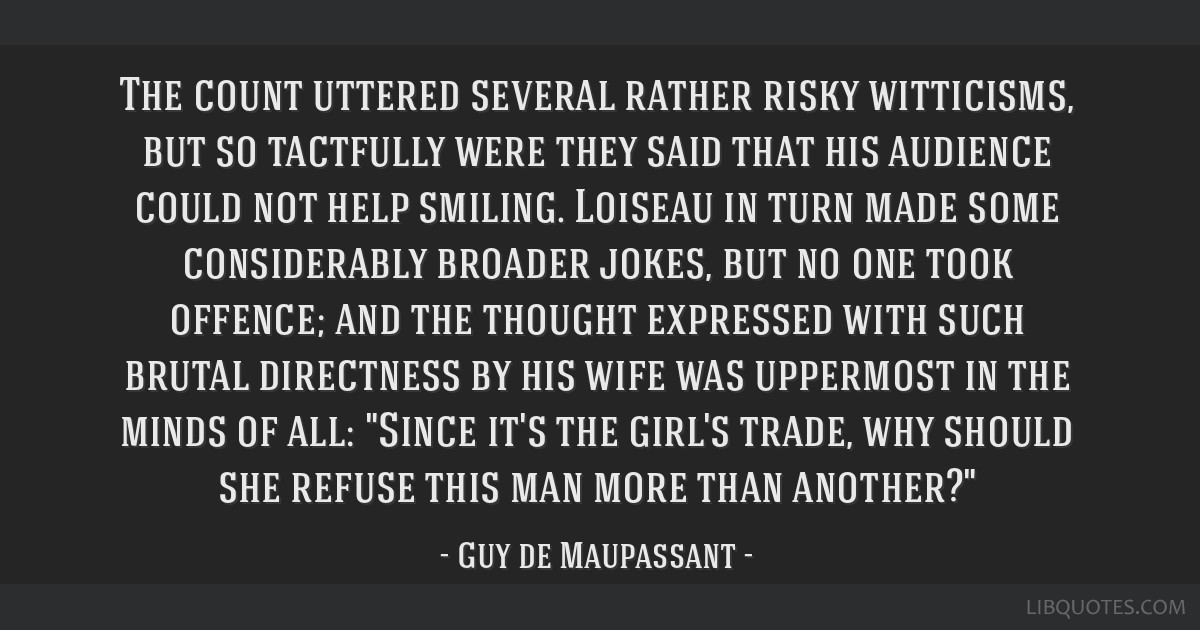 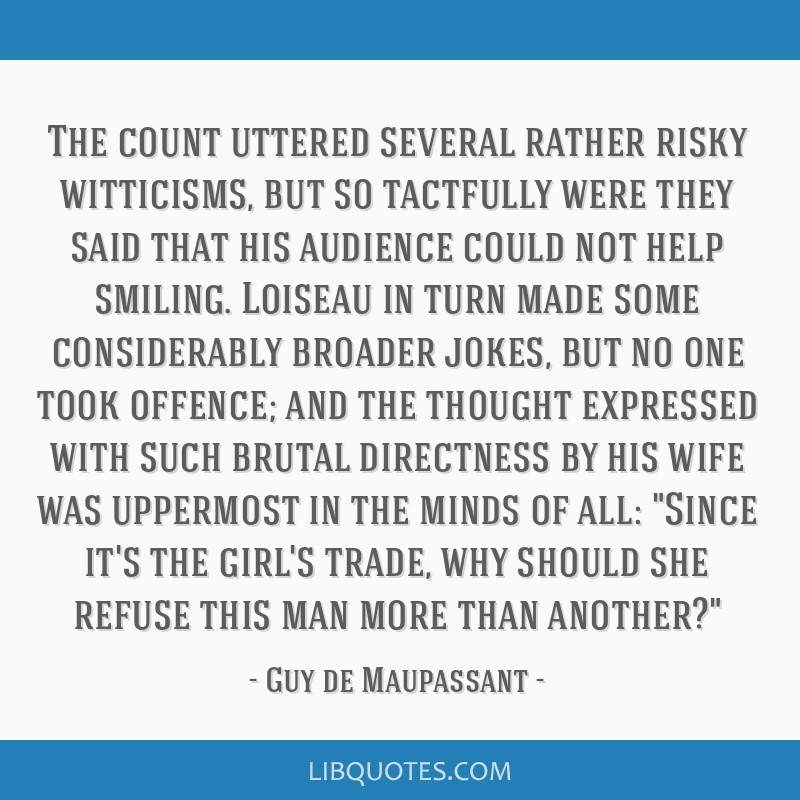 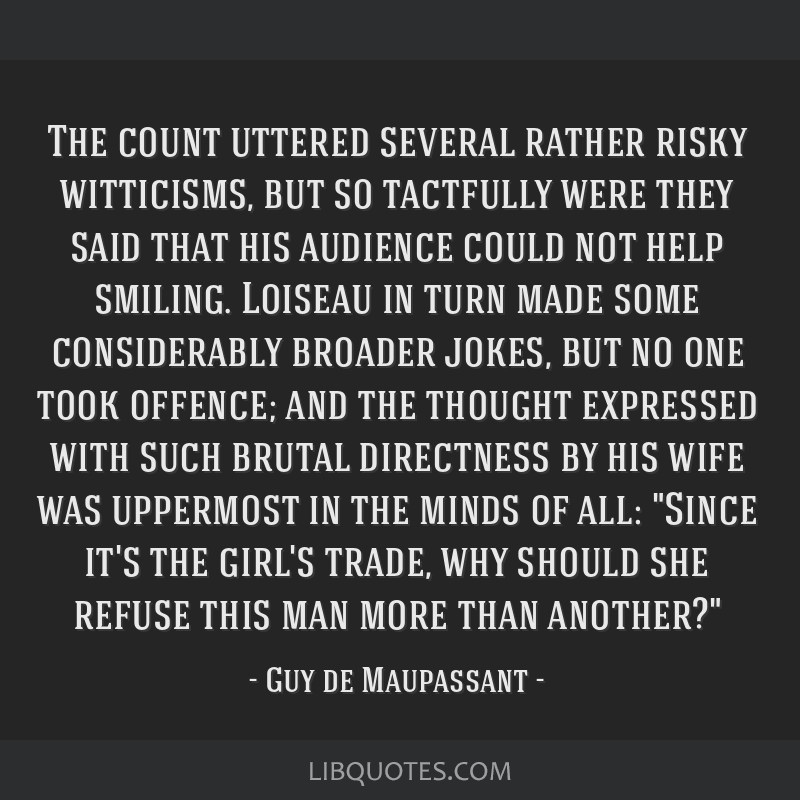 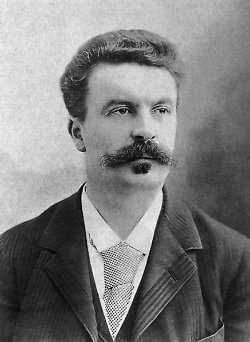