I did a bond tour during the Second World War... We were raising money, and we played Boston and Philadelphia and most of the big cities. And we got to Minneapolis. There wasn't any big theater to play there, so we did our show in a railroad station. Then I told the audience that I knew a girl in Minneapolis. She was also known in St. Paul, she used to come over to visit me. She was known as "The Tail Of Two Cities." I didn't sell any more bonds, but eh... they didn't allow me to appear anymore. 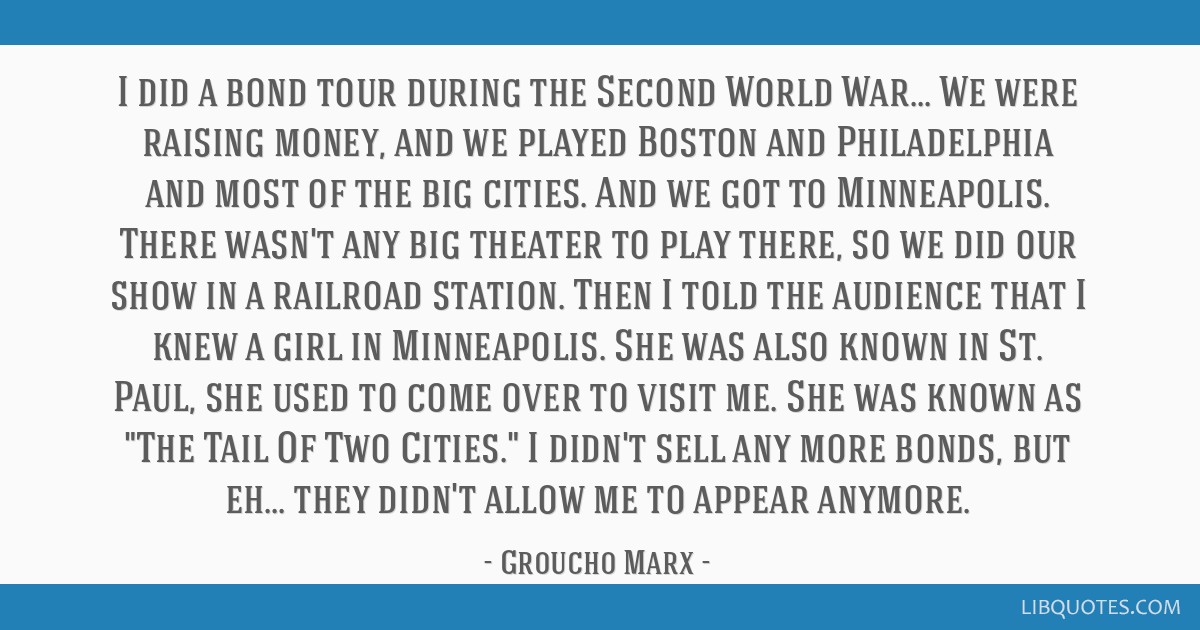 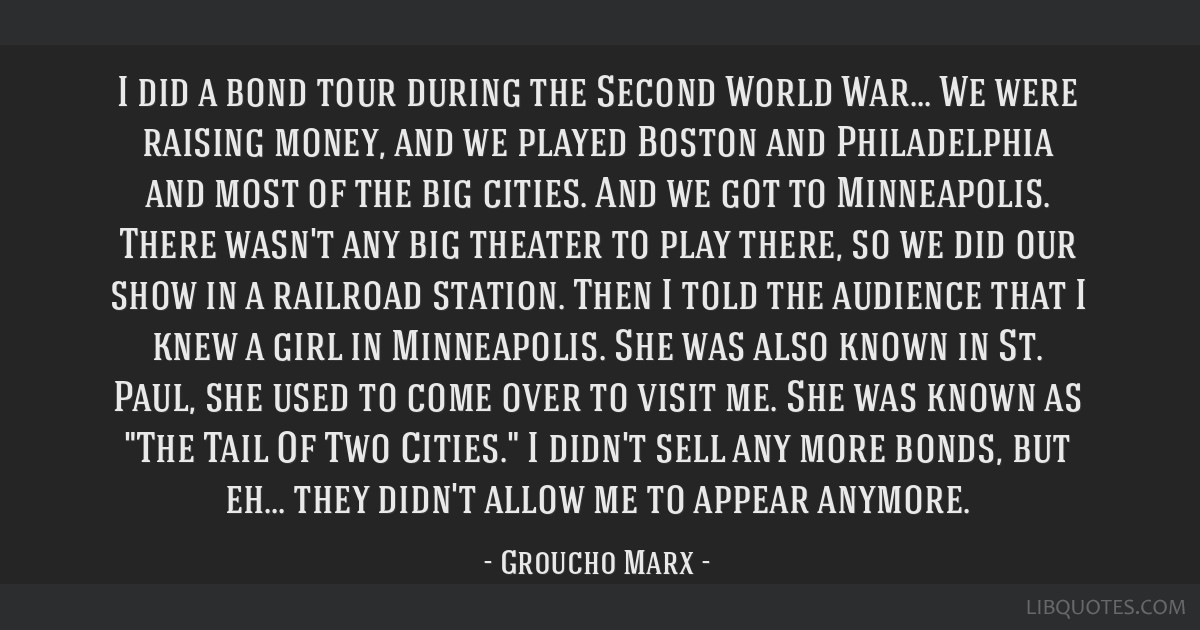 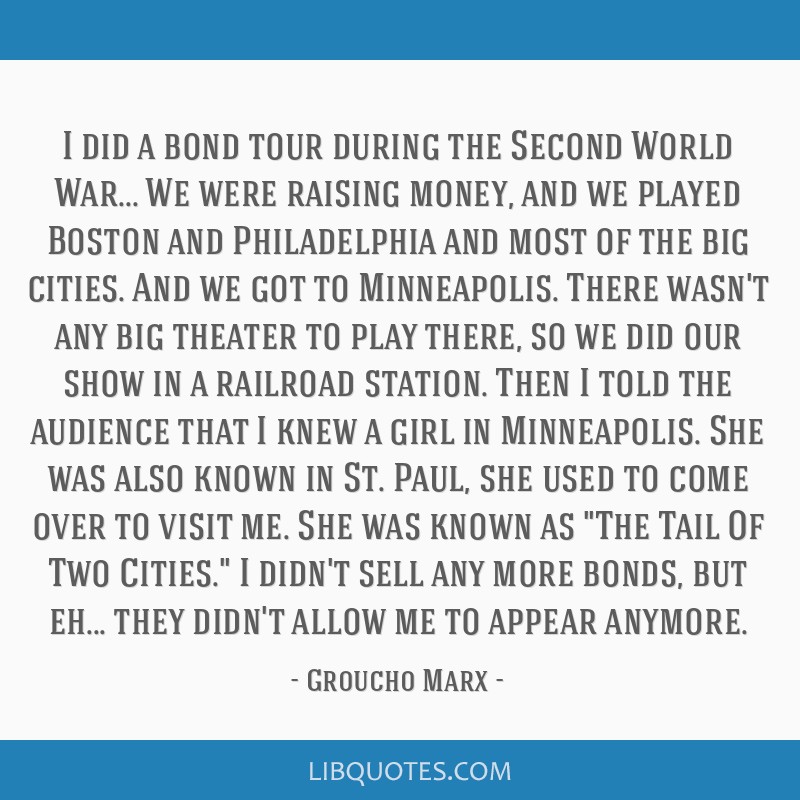 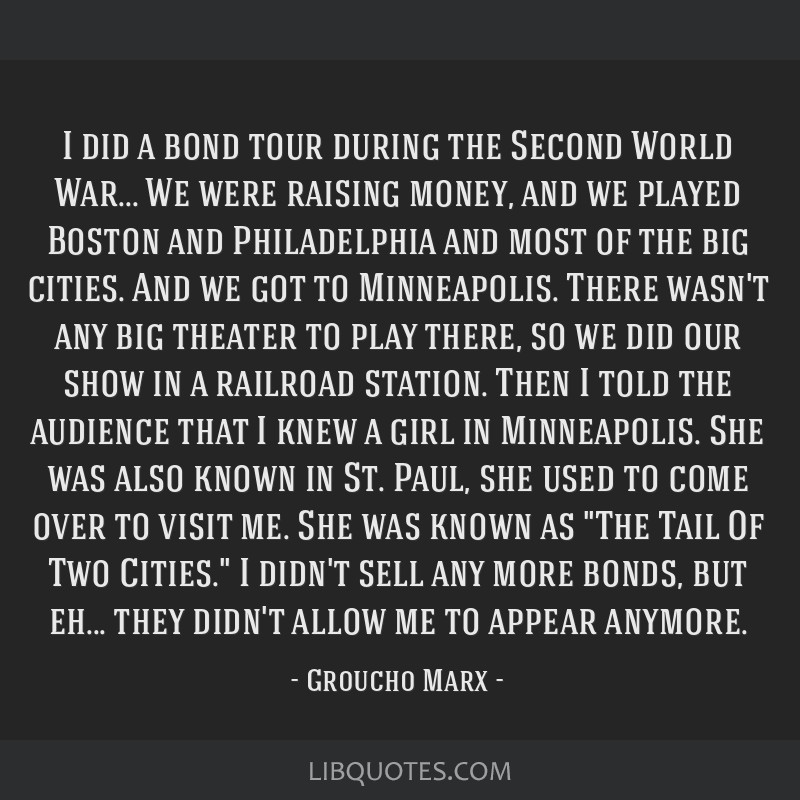 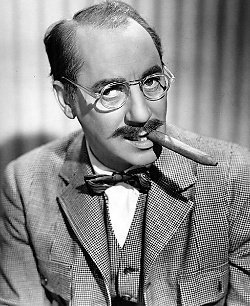