The biggest living terrestrial predator, the Siberian tiger, at about a third of a metric ton (300 kg) pales in comparison to the biggest of the meat-eating dinosaurs, which reached 5 to perhaps 20 metric tons - the size of elephants and bigger. But while elephants cannot run, the biggest predatory dinosaurs probably ran as fast as horses, and they hunted herbivores that themselves were as big as or bigger than elephants. 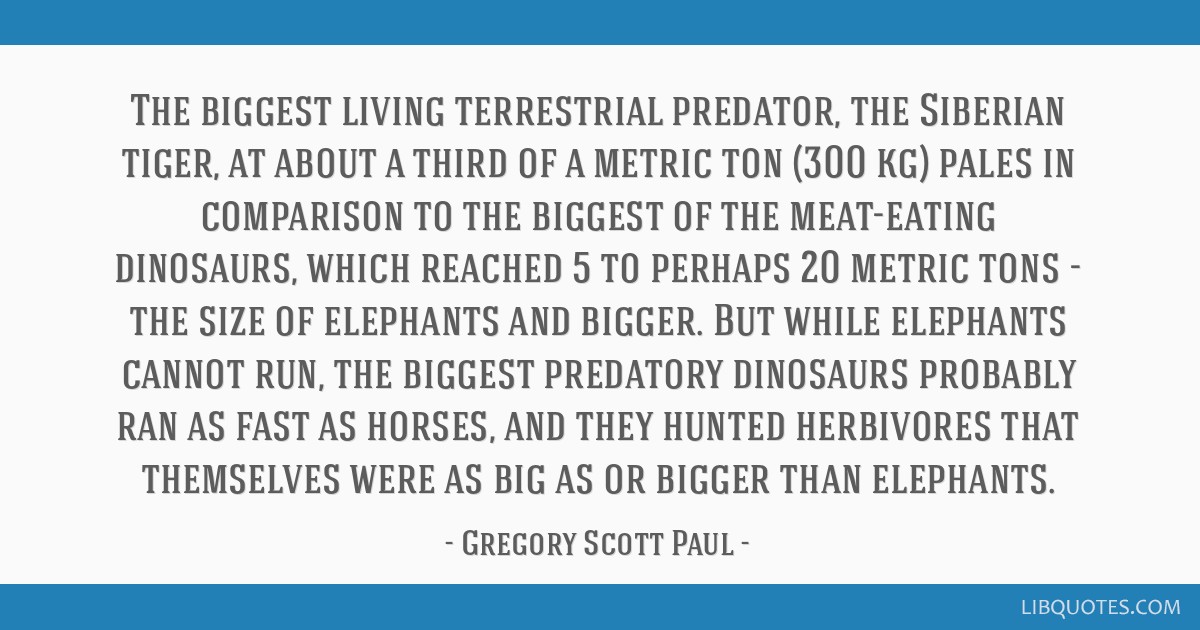 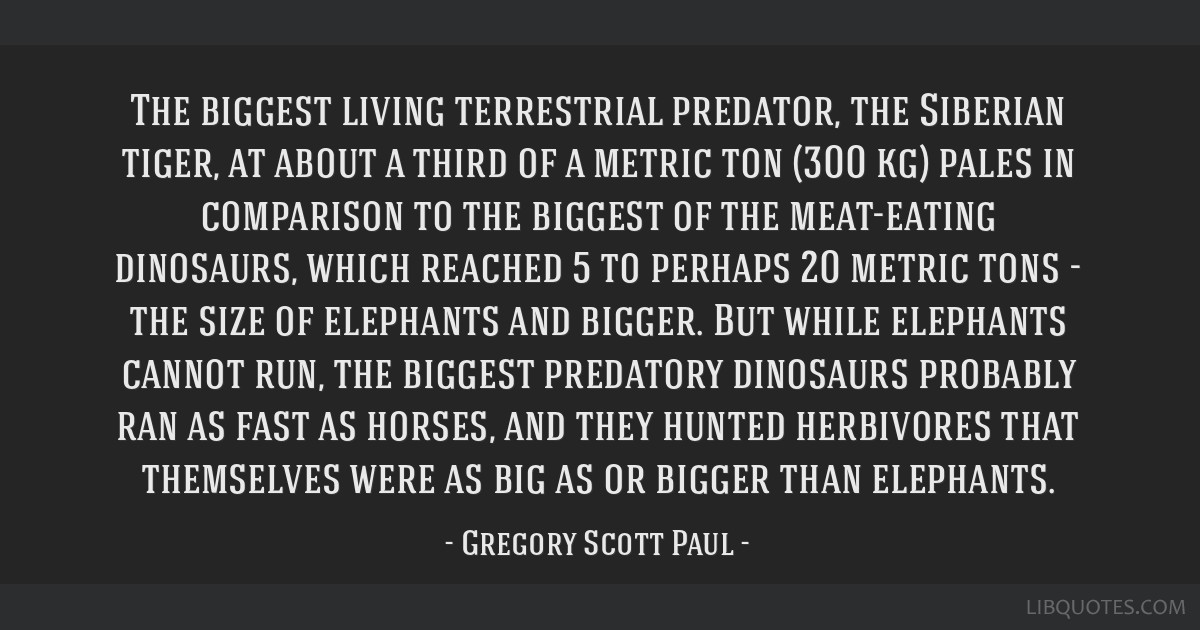 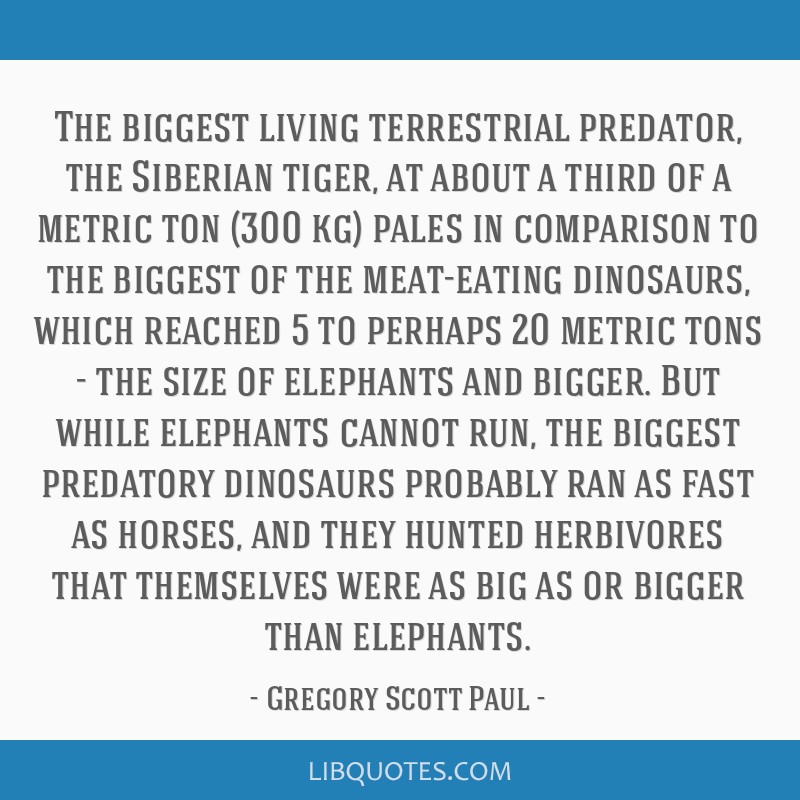 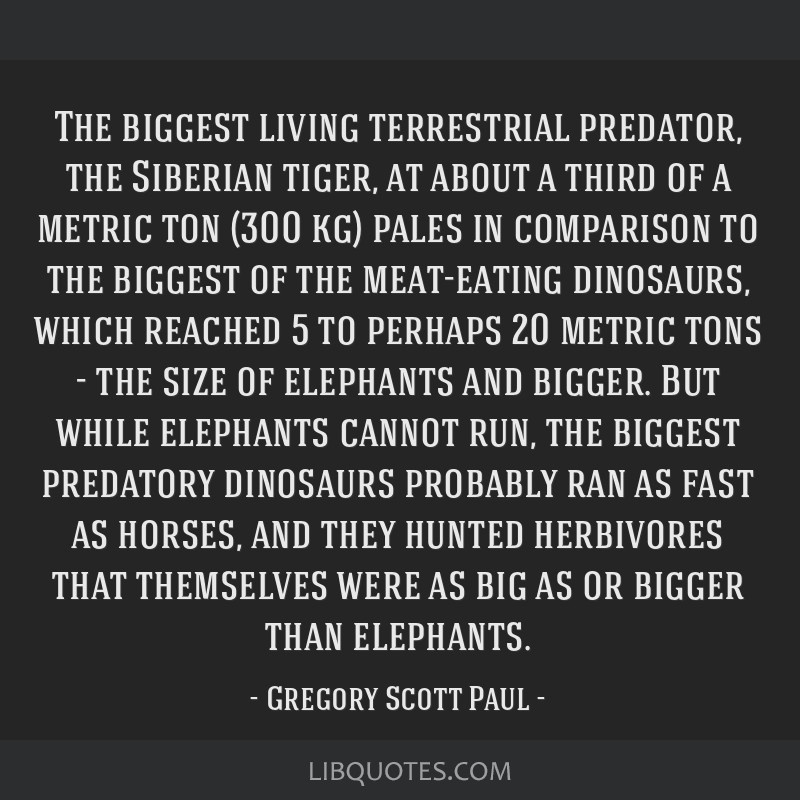