By the Cretaceous crocodilians of essentially modern form were the theropods [sic] main competitors. Yet crocodilians appear to be less abundant in most Mesozoic deposits than they are later in the mammal-dominated Cenozoic. Not only that, but they tended to be small-bodied: few specimens were as big as American alligators or Nile crocodiles. It is possible that theropods were eating the crocs. Even today, big cats once in a while kill a fairly large crocodilian. A tyrannosaur could have swallowed one whole, and gone into the water after them. Constant attacks could have suppressed croc populations, and favored the smaller, harder to catch species. 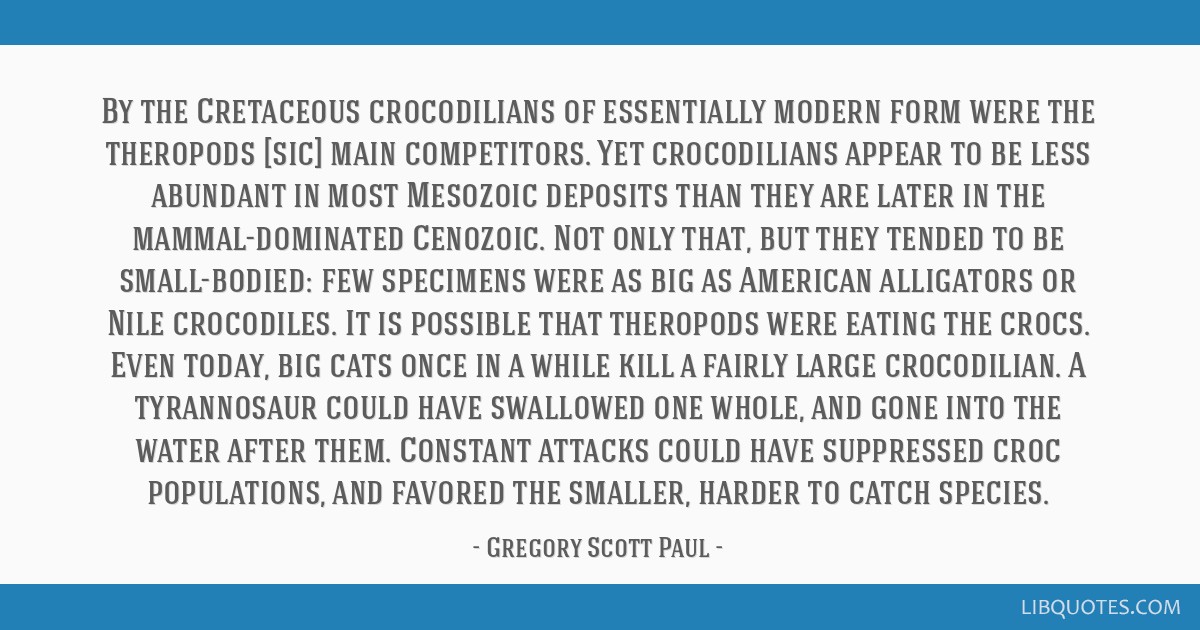 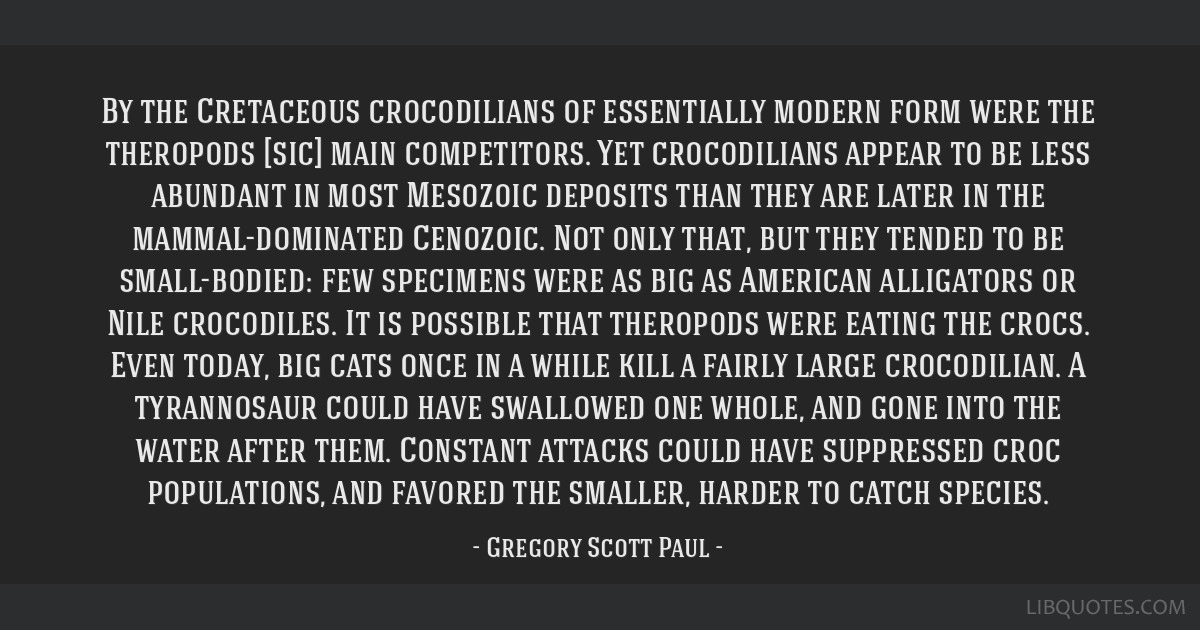 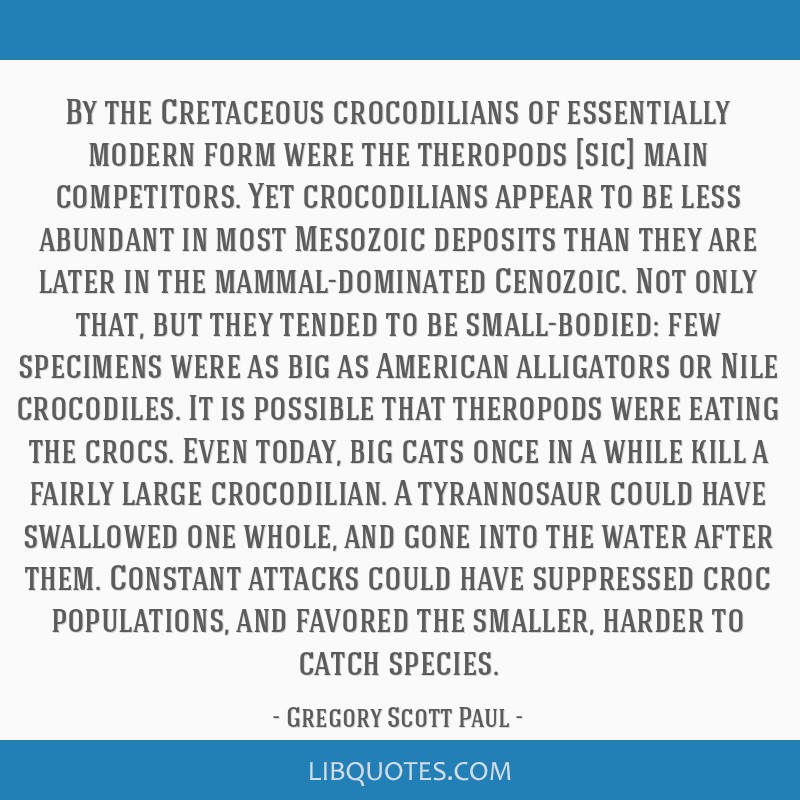 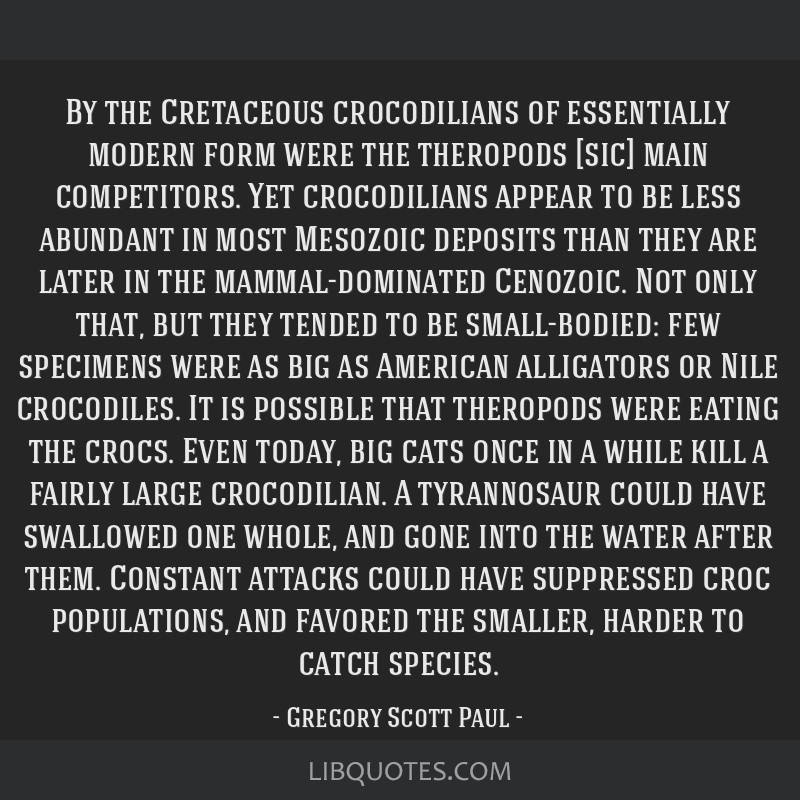