Although some dinosaurs may have spent some time feeding in the water like moose or fishing cats, at most a few became strongly amphibious in the manner of hippos, much less marine as per seals and whales. The only strongly aquatic dinosaurs are some birds. The occasional statement that there were marine dinosaurs is therefore incorrect - these creatures of Mesozoic seas were various forms of reptiles that had evolved over the eons. 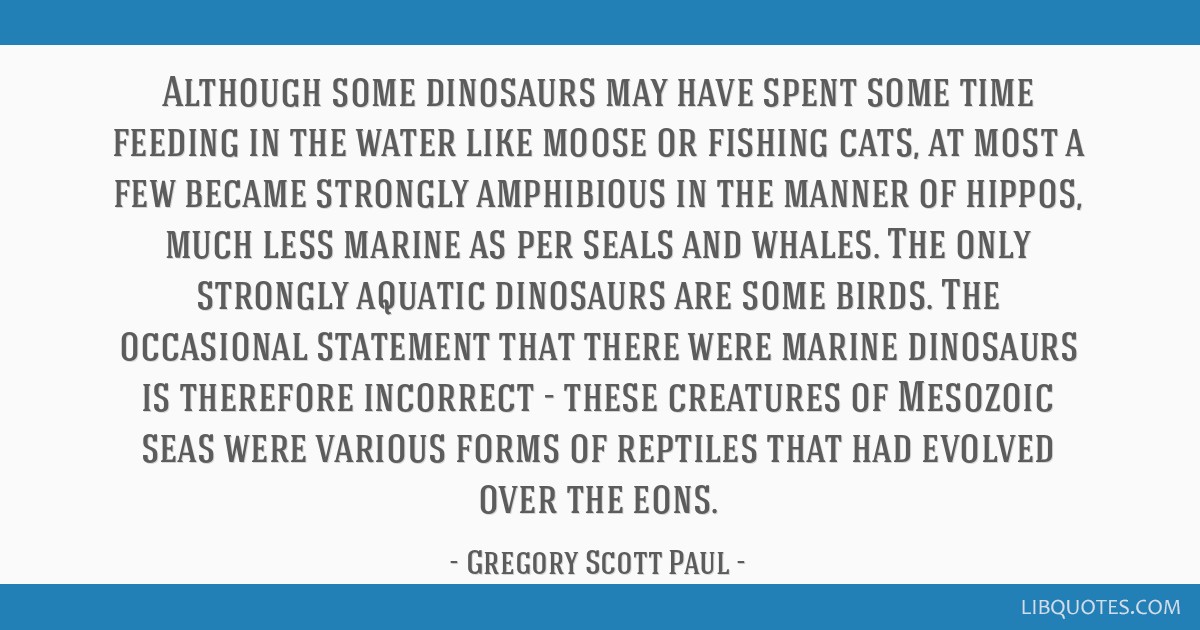 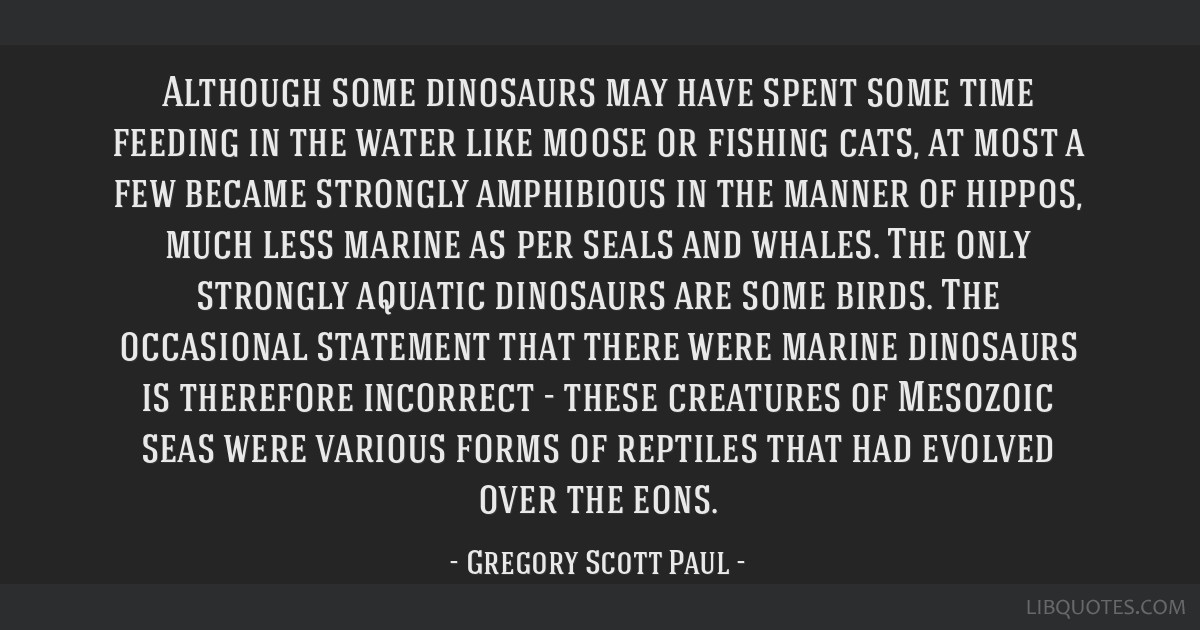 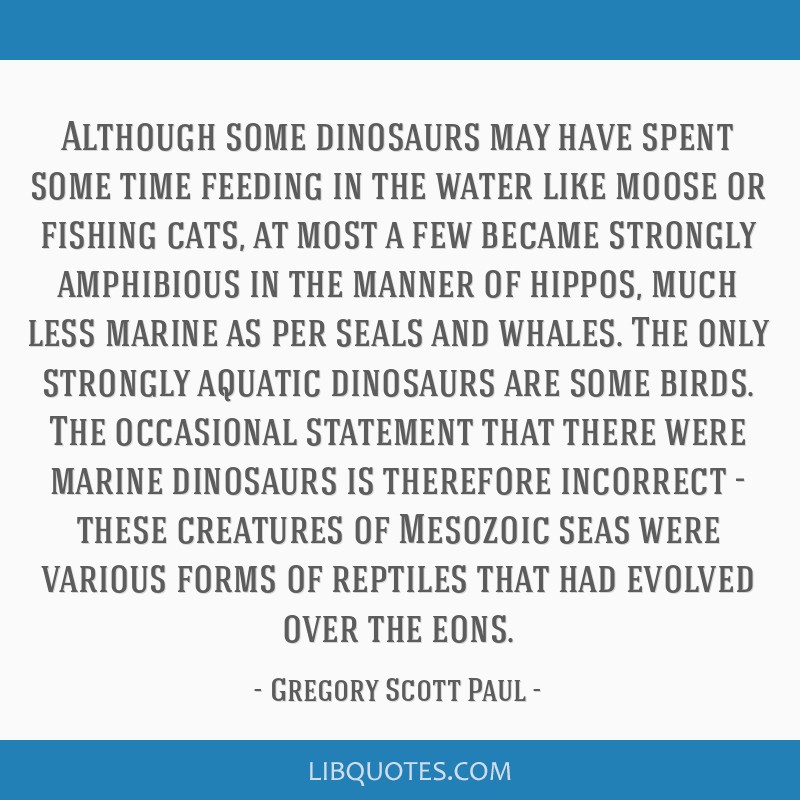 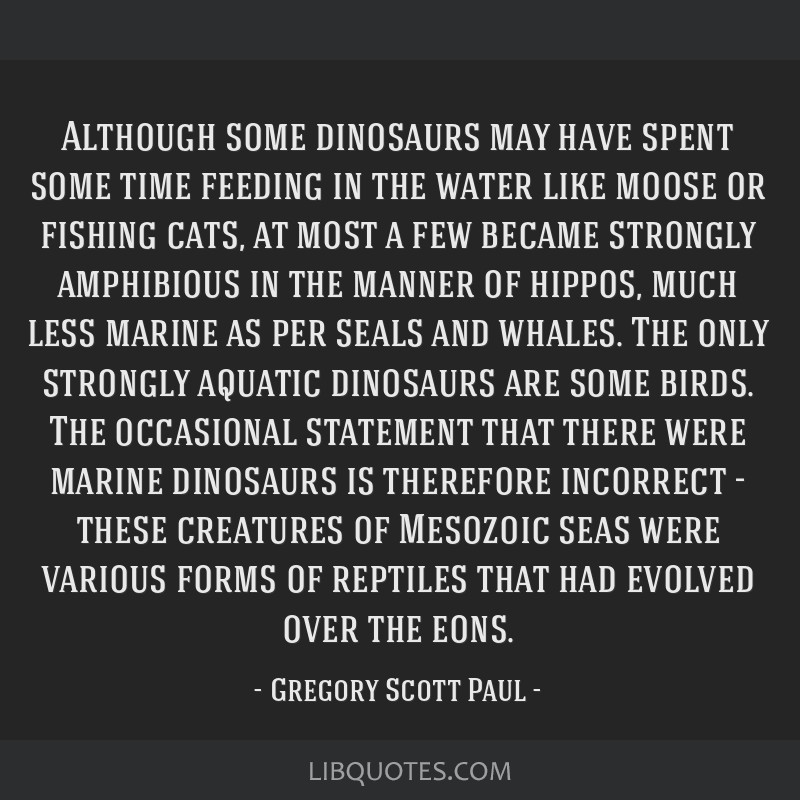