Genius and science have burst the limits of space, and few observations, explained by just reasoning, have unveiled the mechanism of the universe. Would it not also be glorious for man to burst the limits of time, and, by a few observations, to ascertain the history of this world, and the series of events which preceded the birth of the human race? 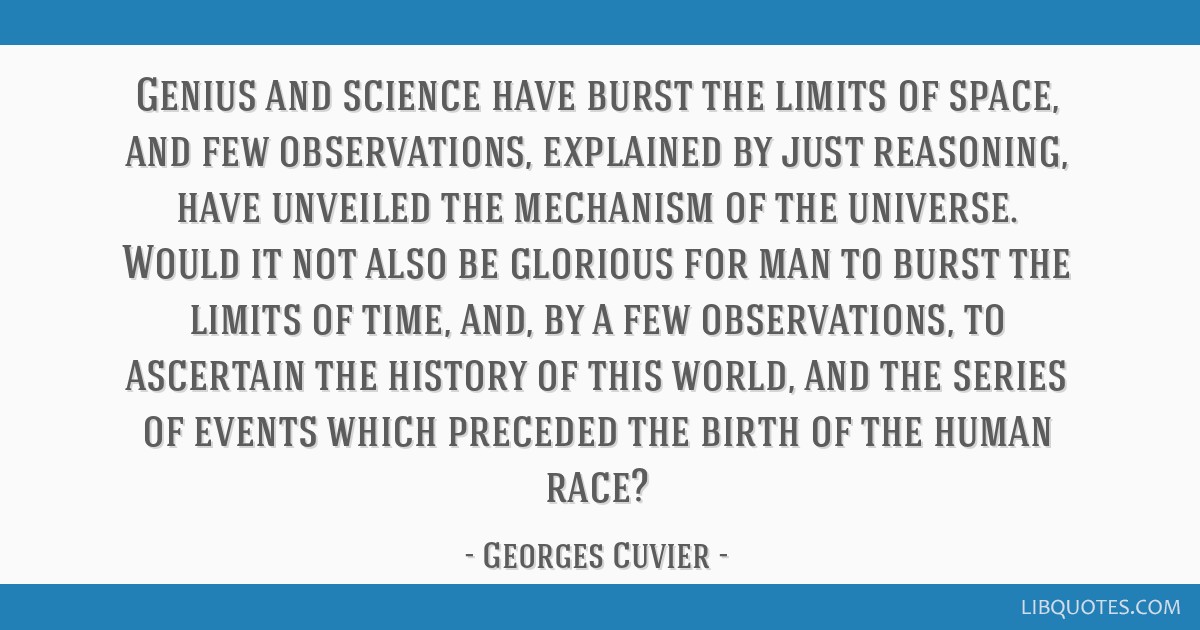 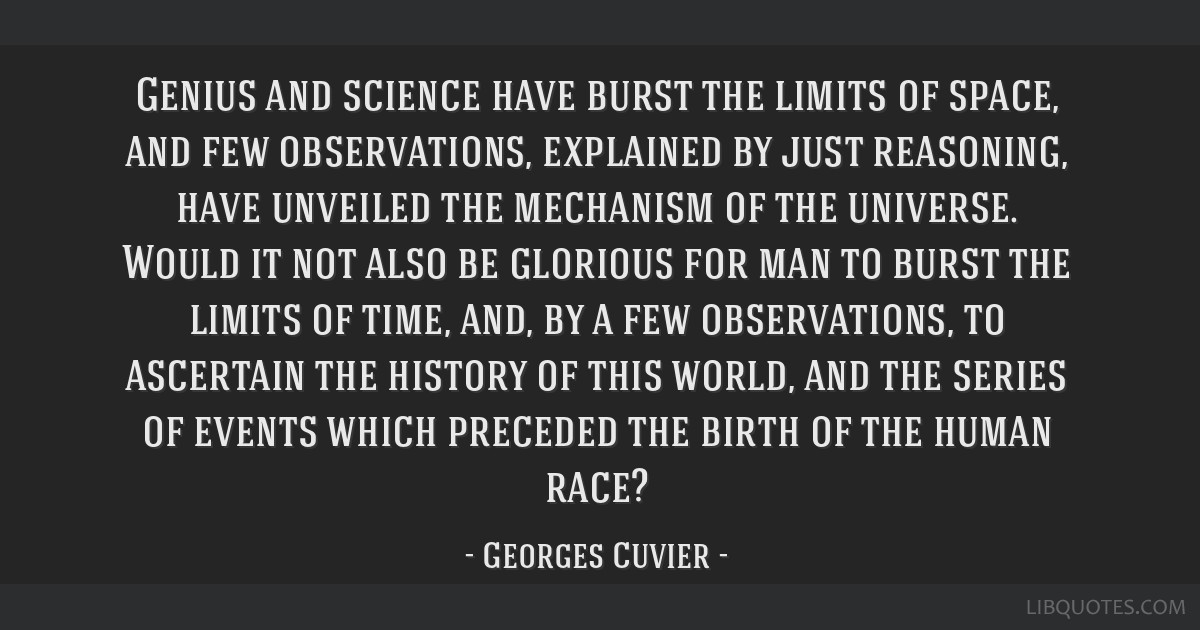 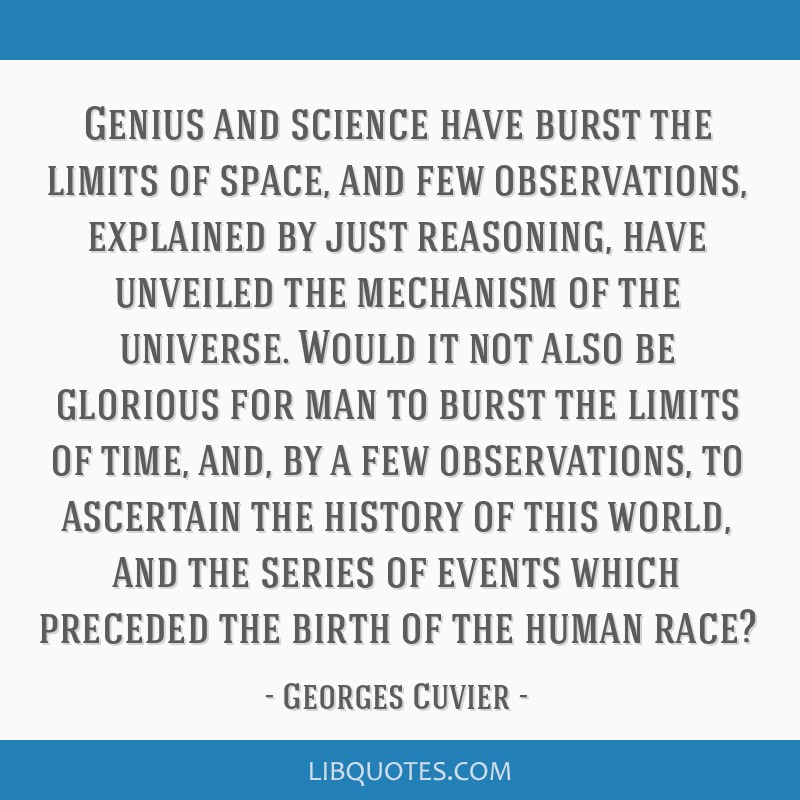 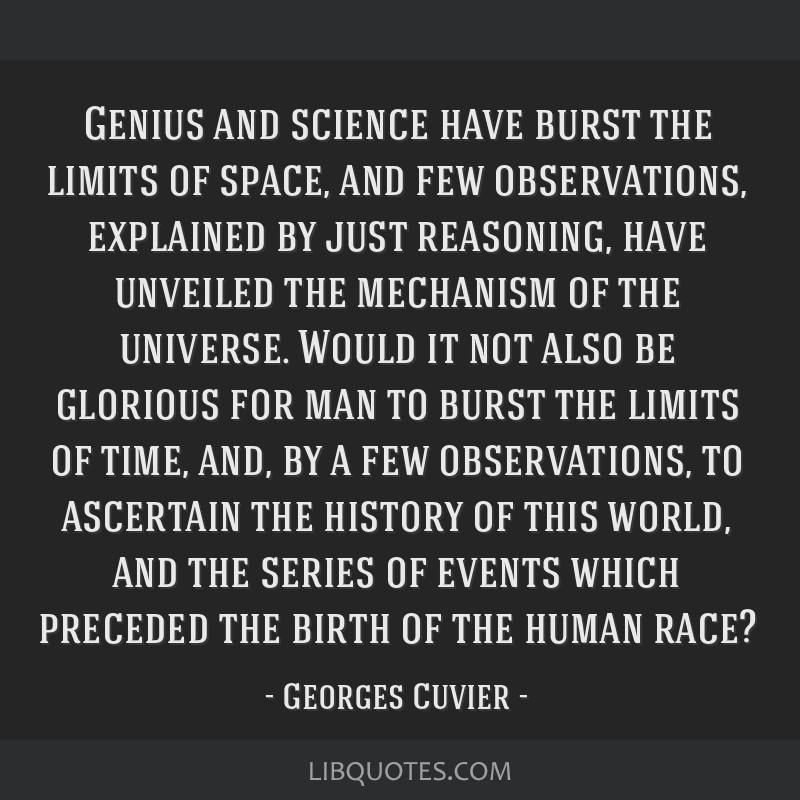 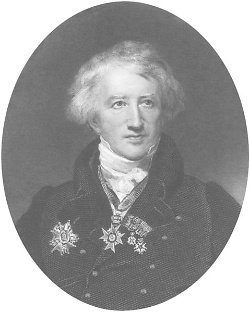