I only realized during my last week that I was being cheated, and, as I could prove nothing, only twenty-five francs were refunded. The doorkeeper played similar tricks on any employee who was fool enough to be taken in. He called himself a Greek, but in reality he was an Armenian. After knowing him I saw the force of the proverb "Trust a snake before a Jew and a Jew before a Greek, but don't trust an Armenian." 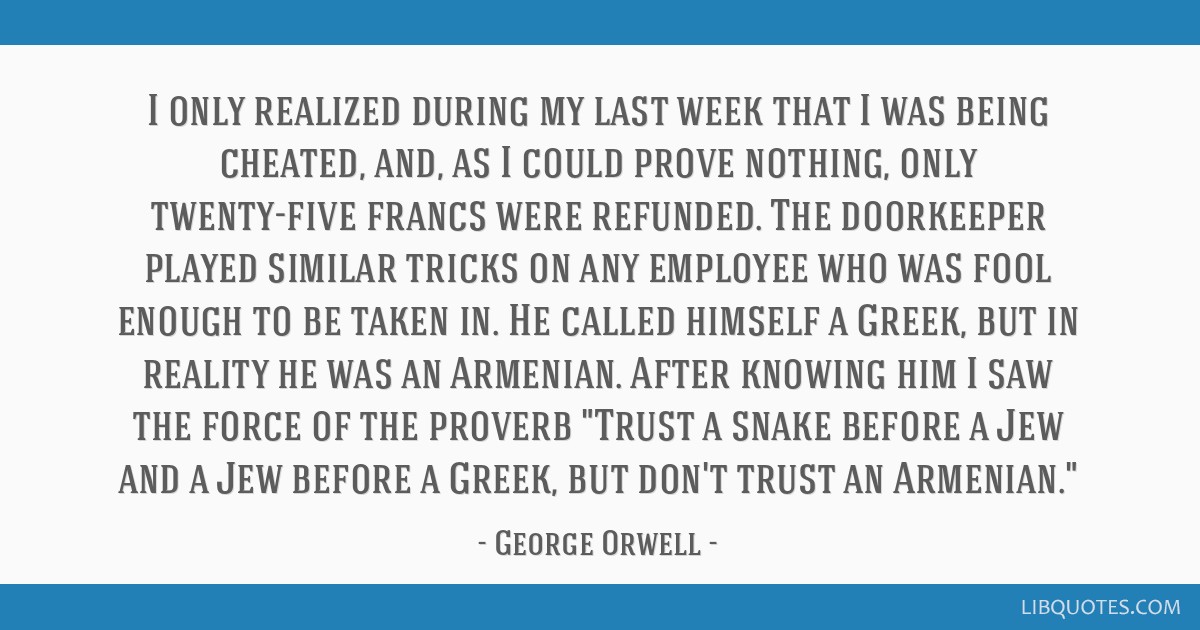 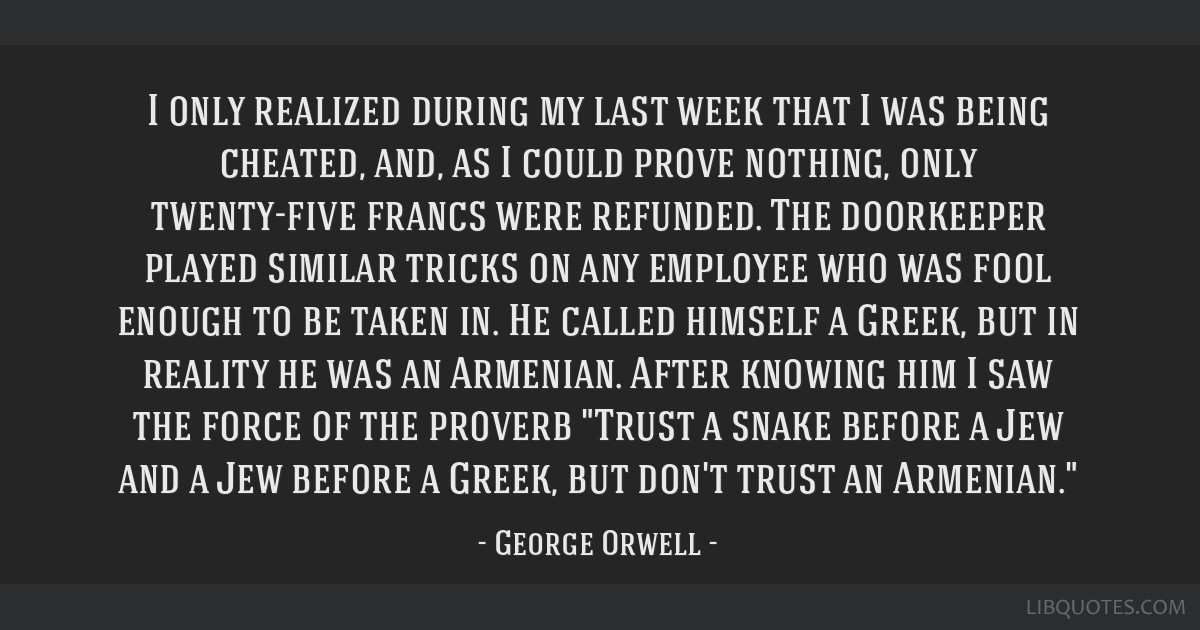 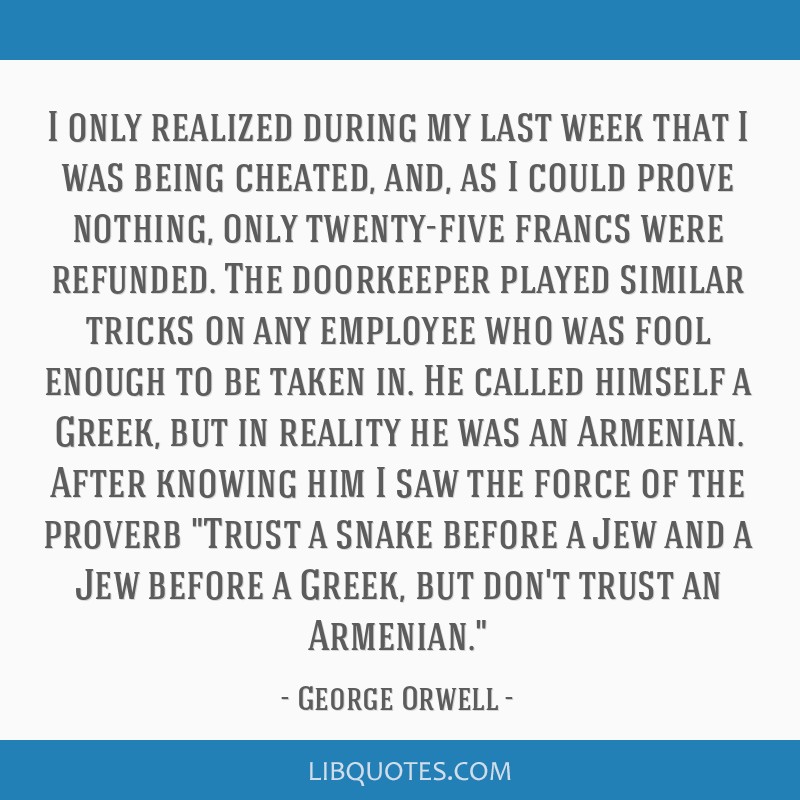 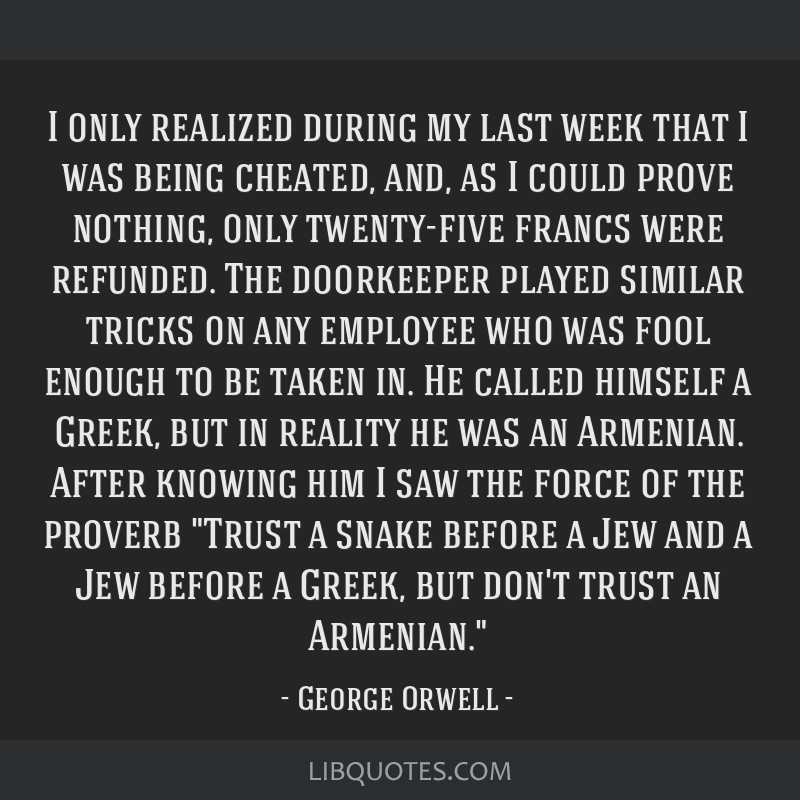