In my opinion, nothing has contributed so much to the corruption of the original idea of socialism as the belief that Russia is a socialist country and that every act of its rulers must be excused, if not imitated. And so for the last ten years, I have been convinced that the destruction of the Soviet myth was essential if we wanted a revival of the socialist movement.

Preface to the Ukrainian edition of Animal Farm, as published in The Collected Essays, Journalism, and Letters of George Orwell: As I please, 1943-1945 (1968) 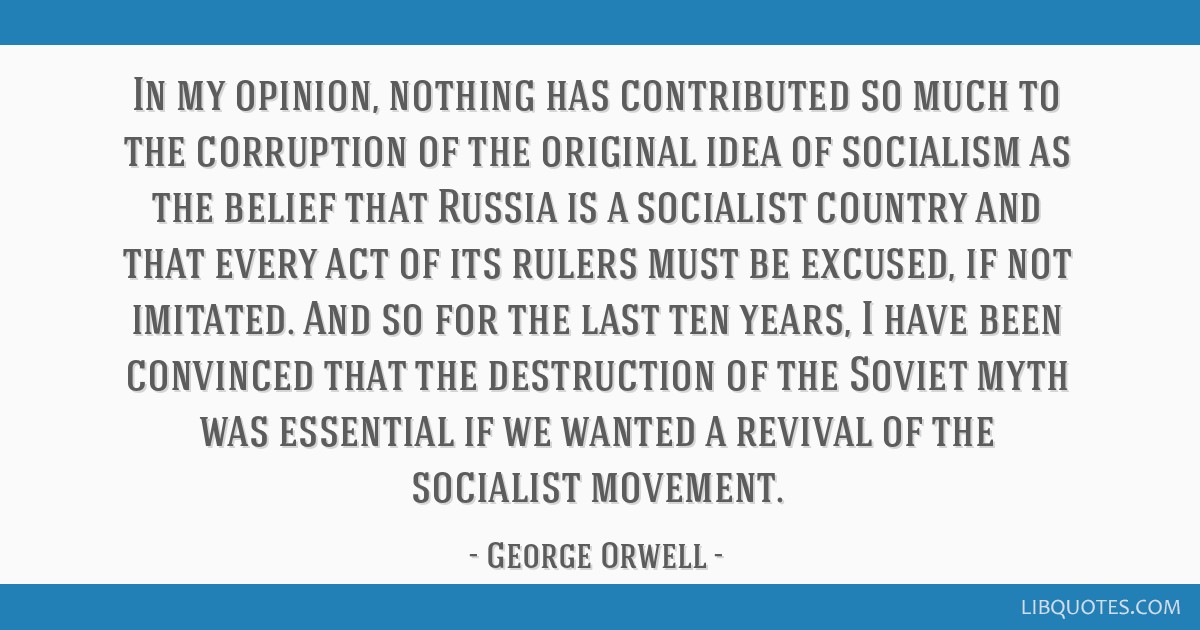 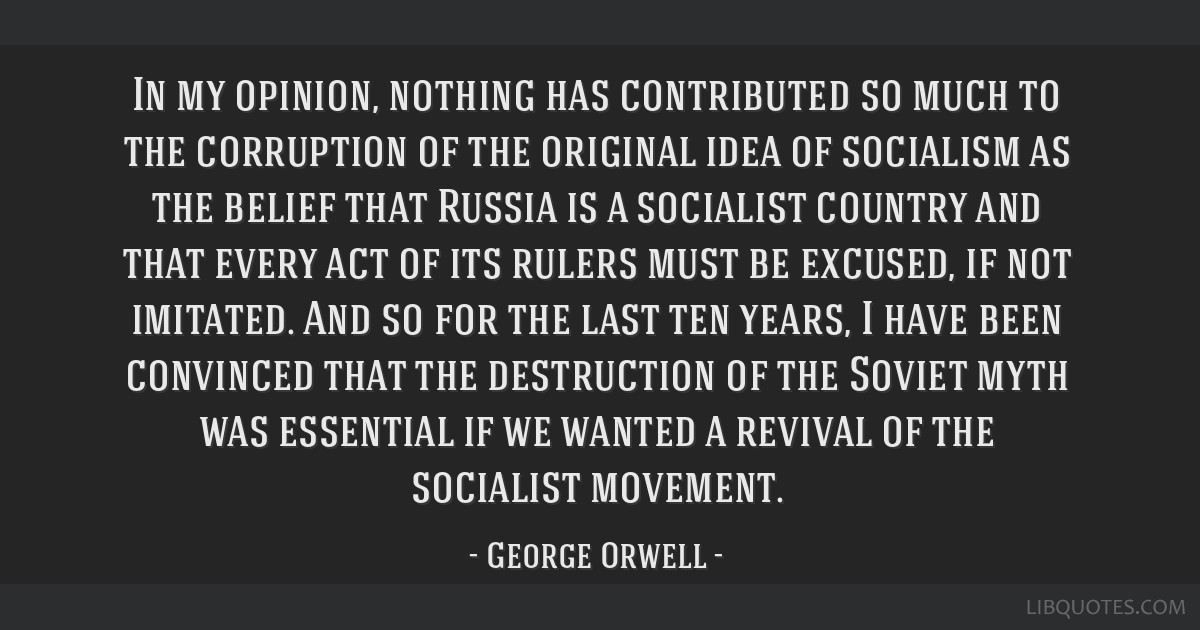 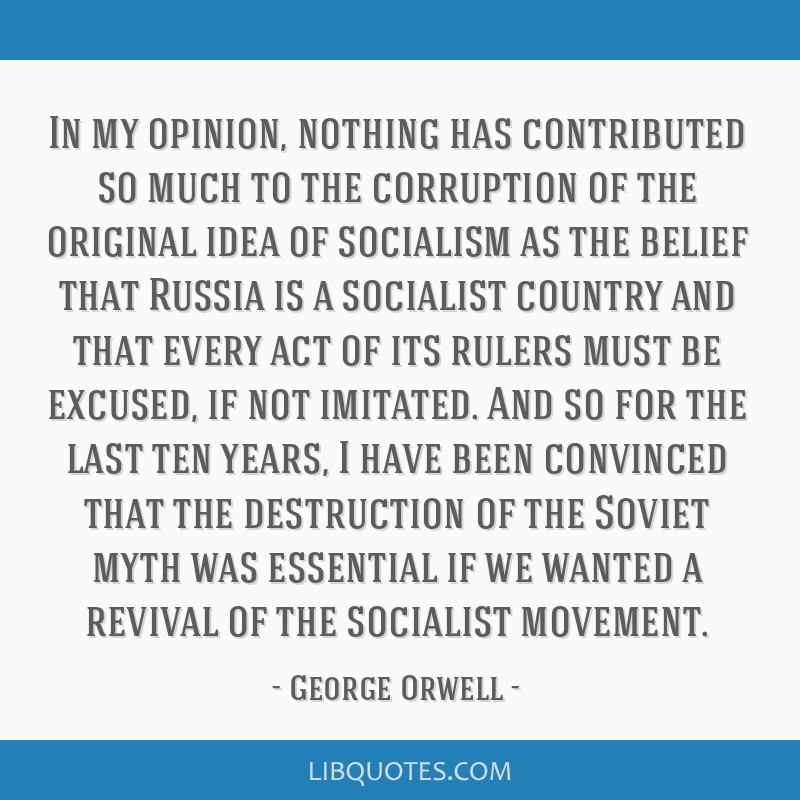 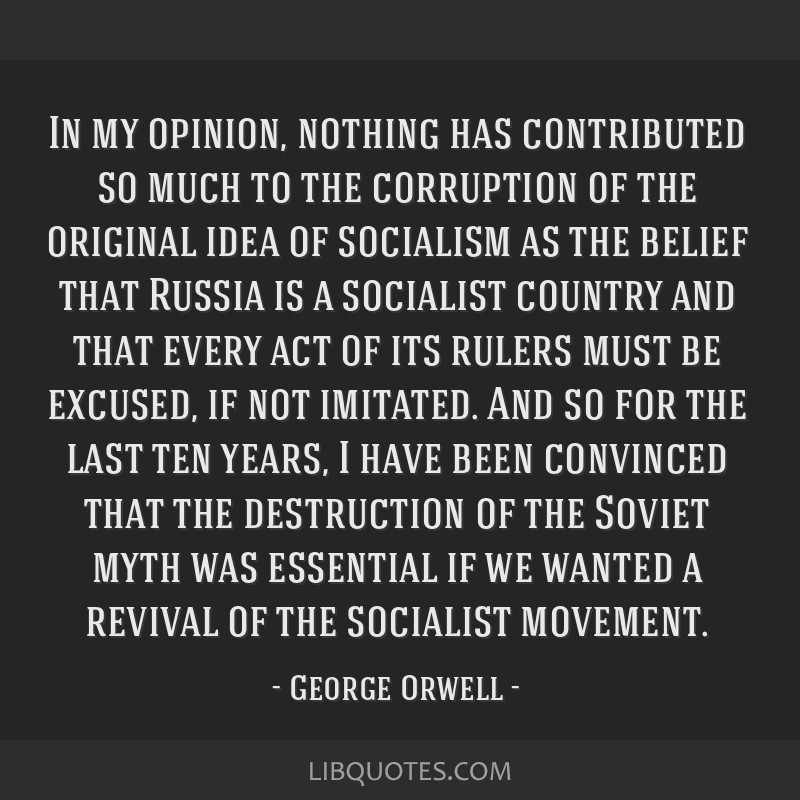