The Democrats had begun to use the basics of framing issues in terms of their own values and principles... Had they continued to argue with unity on the difference between 911 and Iraq, and on the fact that George Bush betrayed our troops and is weakening our country, they might have made it impossible for Bush to once again link Iraq with 911.
Then they lost it. Karl Rove outsmarted the Democrats again. And he used the most basic trick in the book to do it... This time John Kerry stepped in to help Bush, basically supporting the president's position but offering policy-wonk modifications. The message: Bush is basically right, except for some minor twiddles.

Rove Rides Again -- With the Help of the Democrats[huffpost.com] 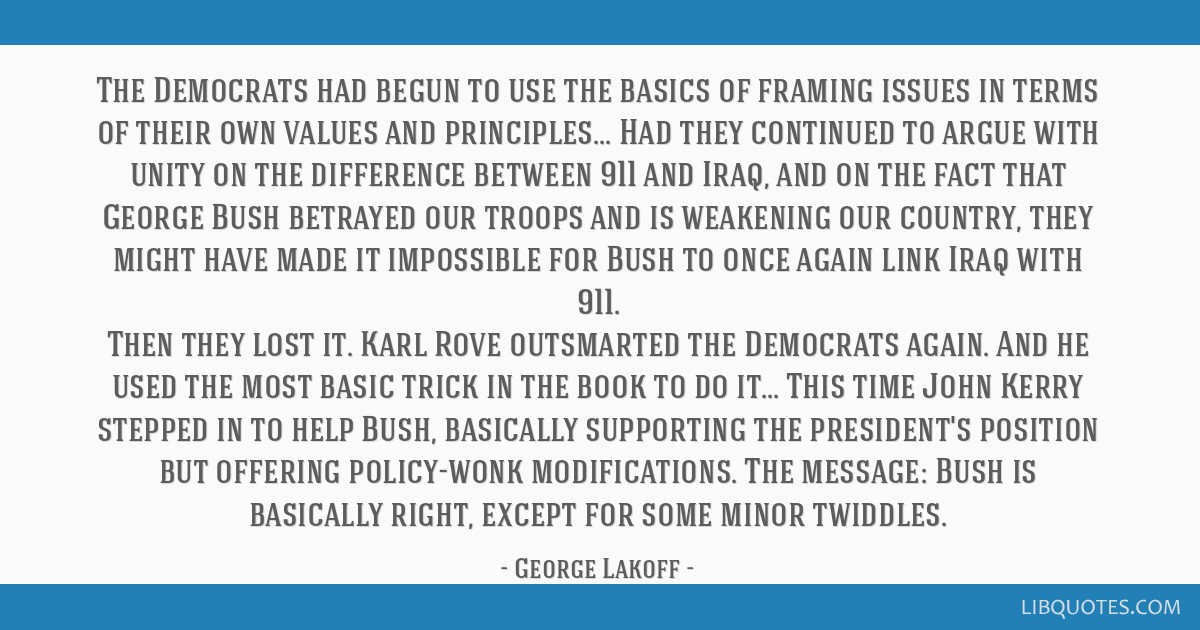 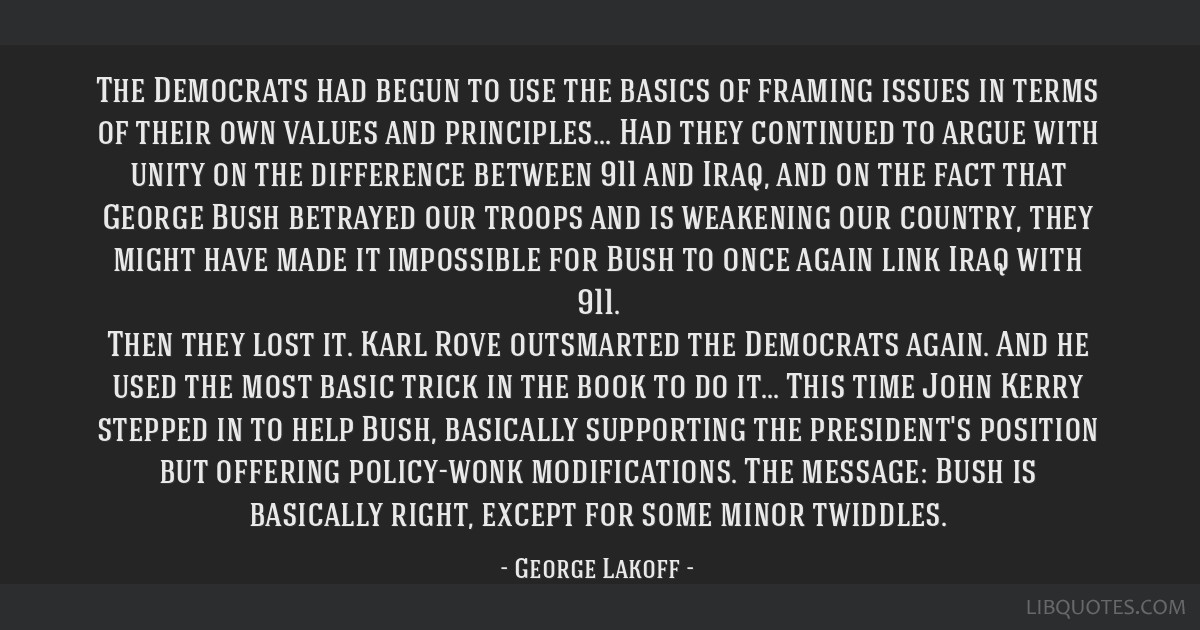 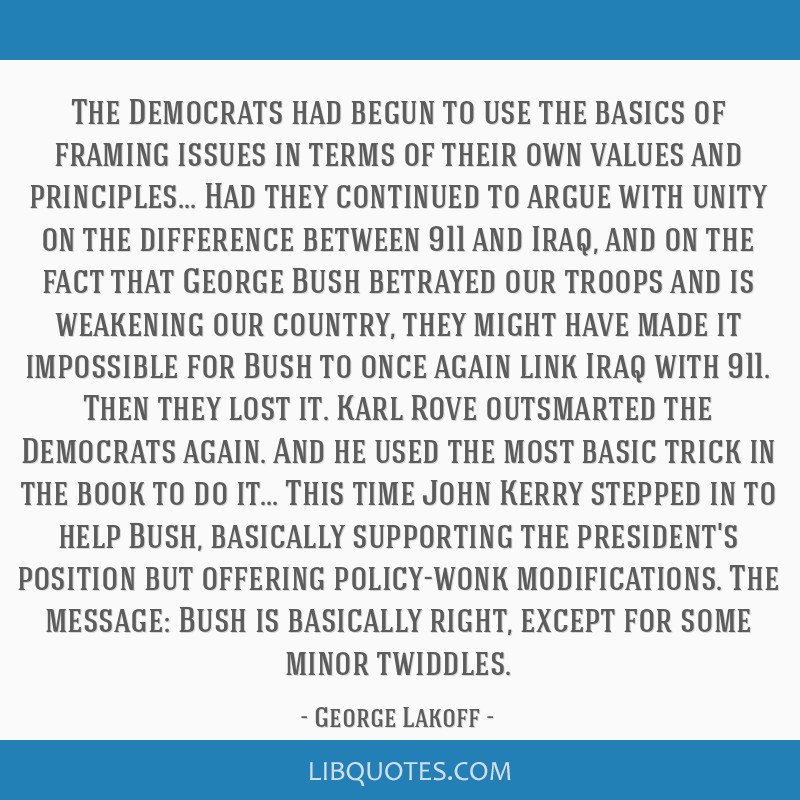 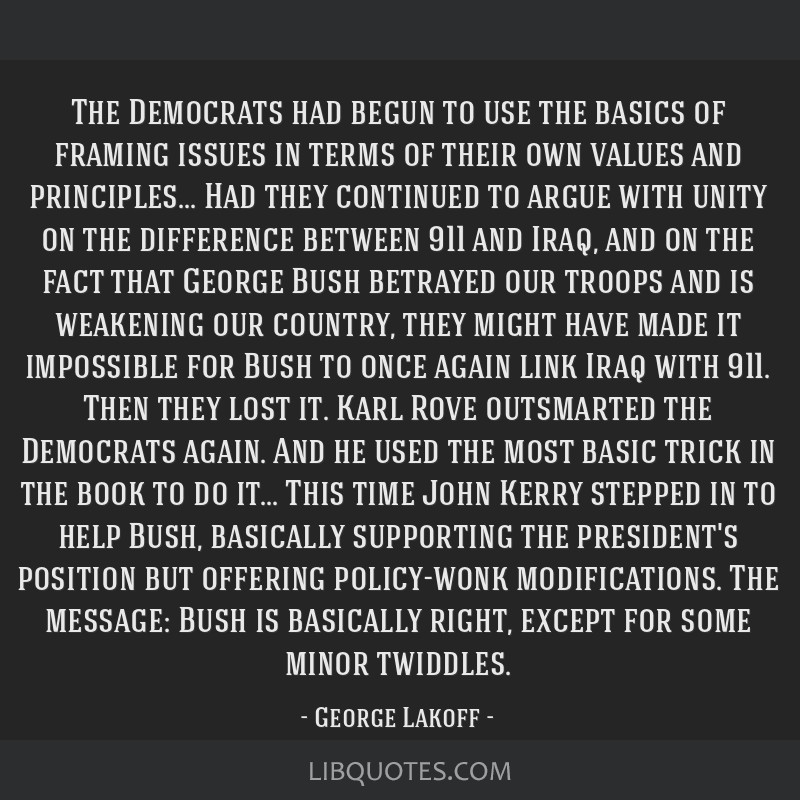 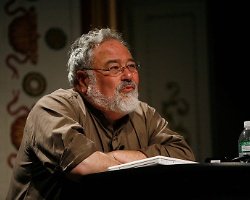