To infer the existence of an intelligent cause from the teeming evidences of surrounding design, to rise to the conception of a moral Governor of the world, from the study of the constitution and the moral provisions of our own nature; - these, though but the feeble steps of an understanding limited in its faculties and its materials of knowledge, are of more avail than the ambitious attempt to arrive at a certainty unattainable on the ground of natural religion. And as these were the most ancient, so are they still the most solid foundations, Revelation being set apart, of the belief that the course of this world is not abandoned to chance and inexorable fate. 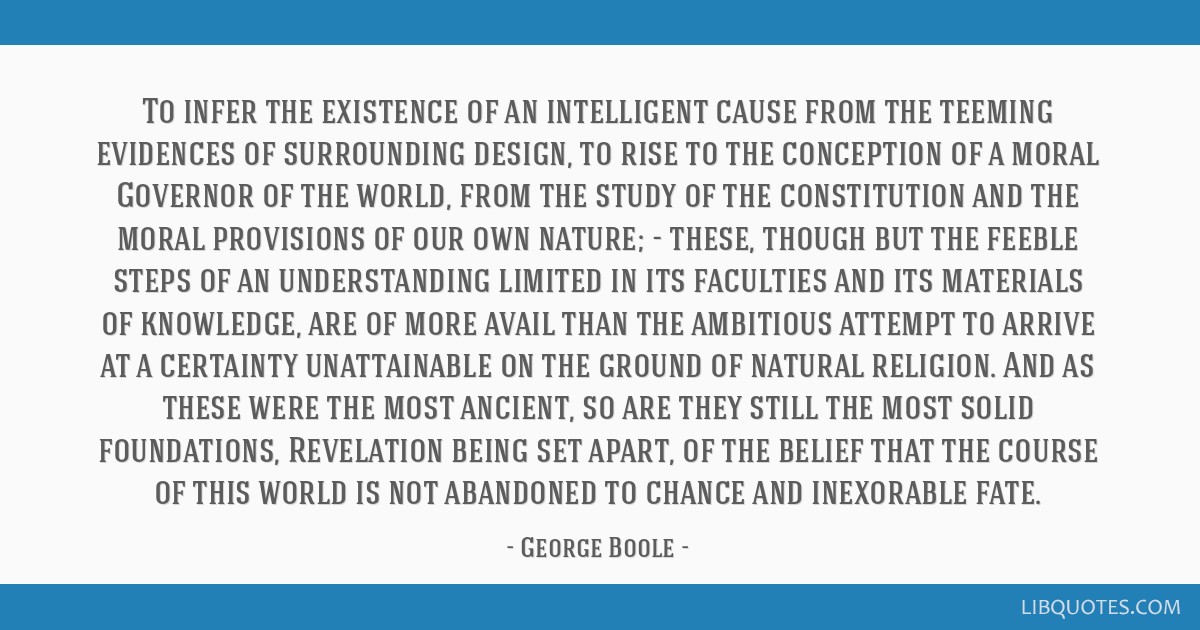 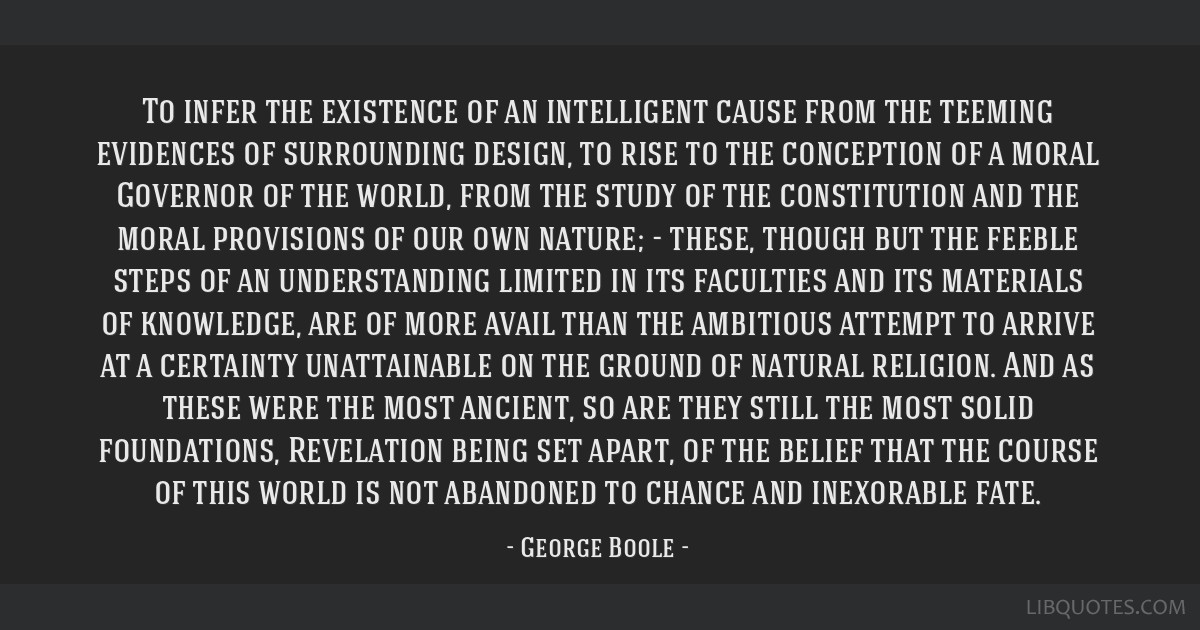 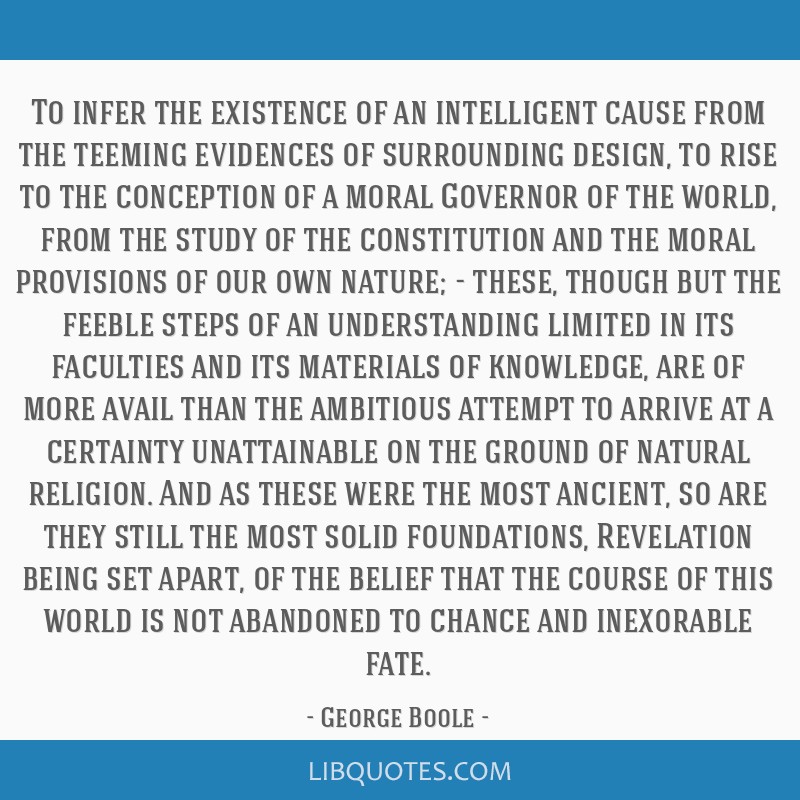 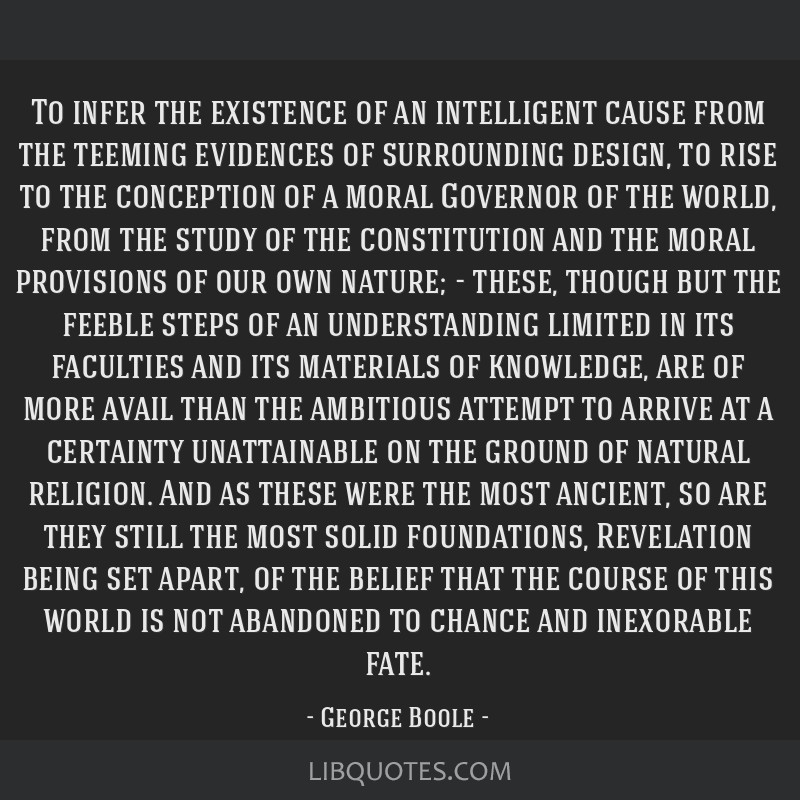