The above interpretation has been introduced, not on account of its immediate value in the present system, but as an illustration of a significant fact in the philosophy of the intellectual powers, viz., that what has commonly been regarded as the fundamental axiom of metaphysics is but the consequence of a law of thought, mathematical in its form. 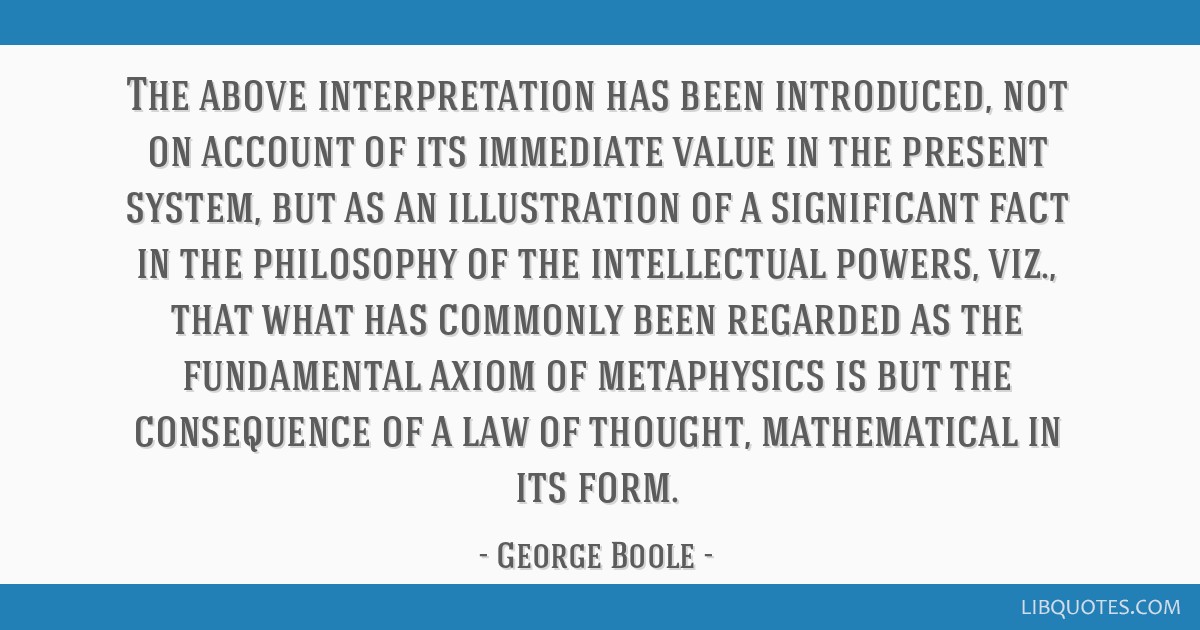 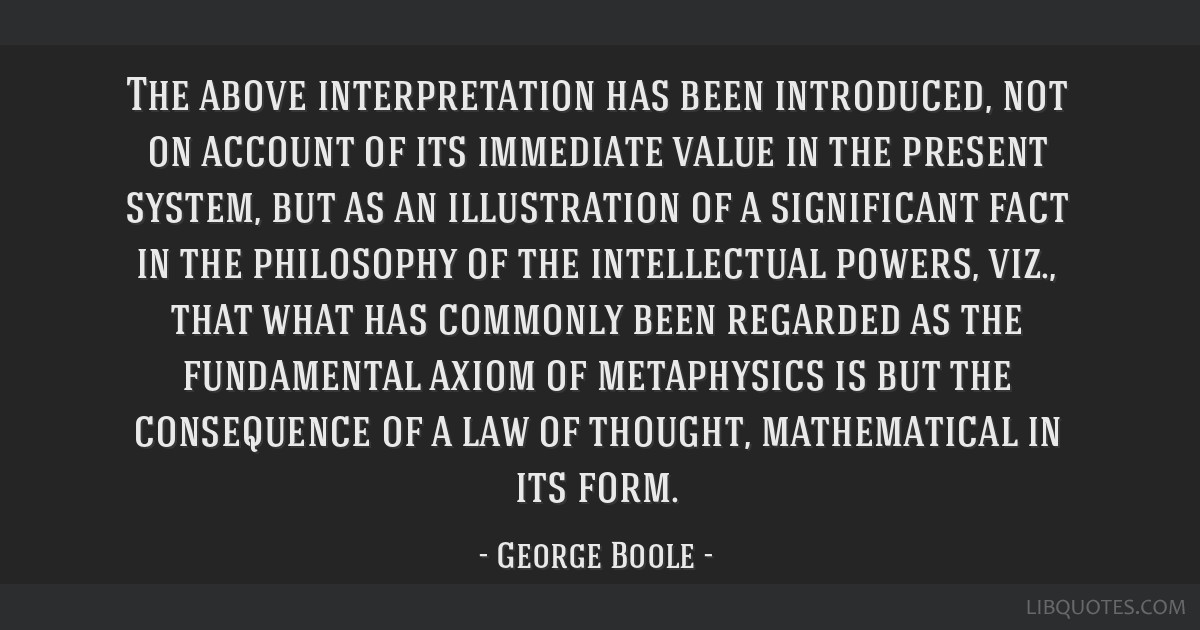 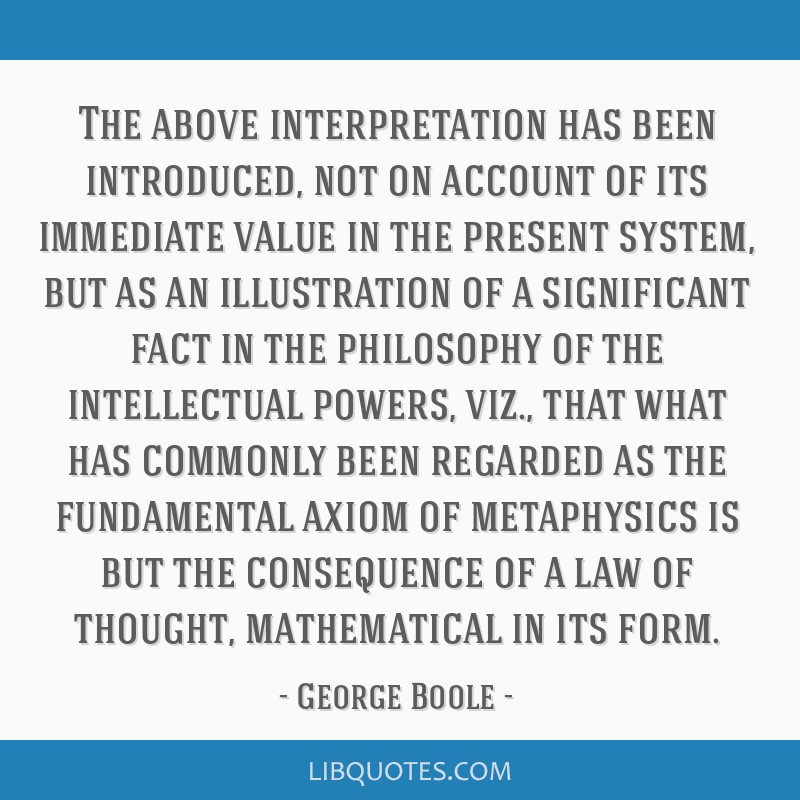 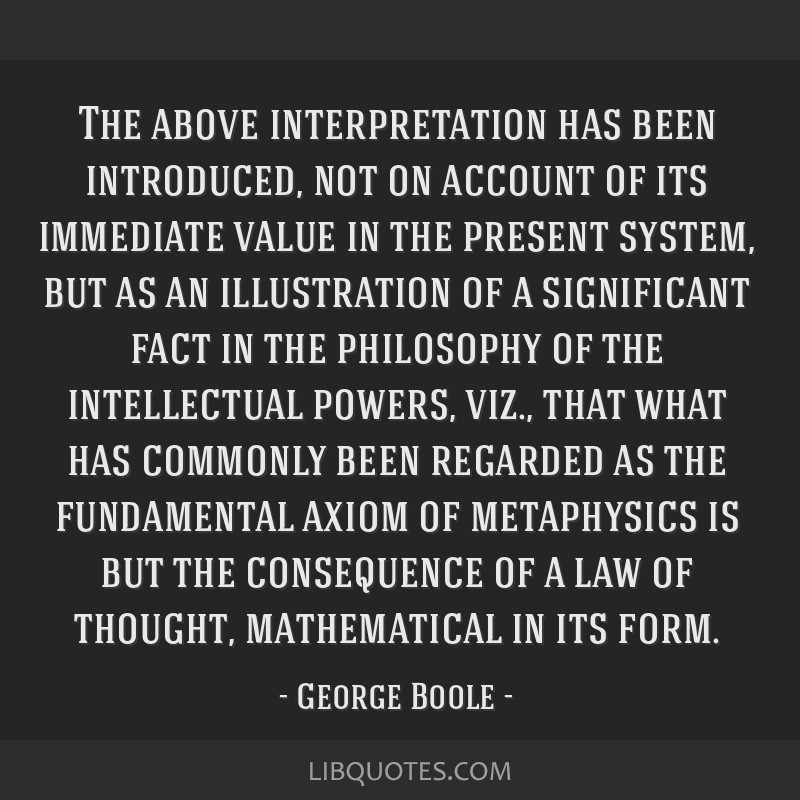