Probably fewer than 2% of handguns and well under 1% of all guns will ever be involved in a violent crime. Thus, the problem of criminal gun violence is concentrated within a very small subset of gun owners, indicating that gun control aimed at the general population faces a serious needle-in-the-haystack problem. 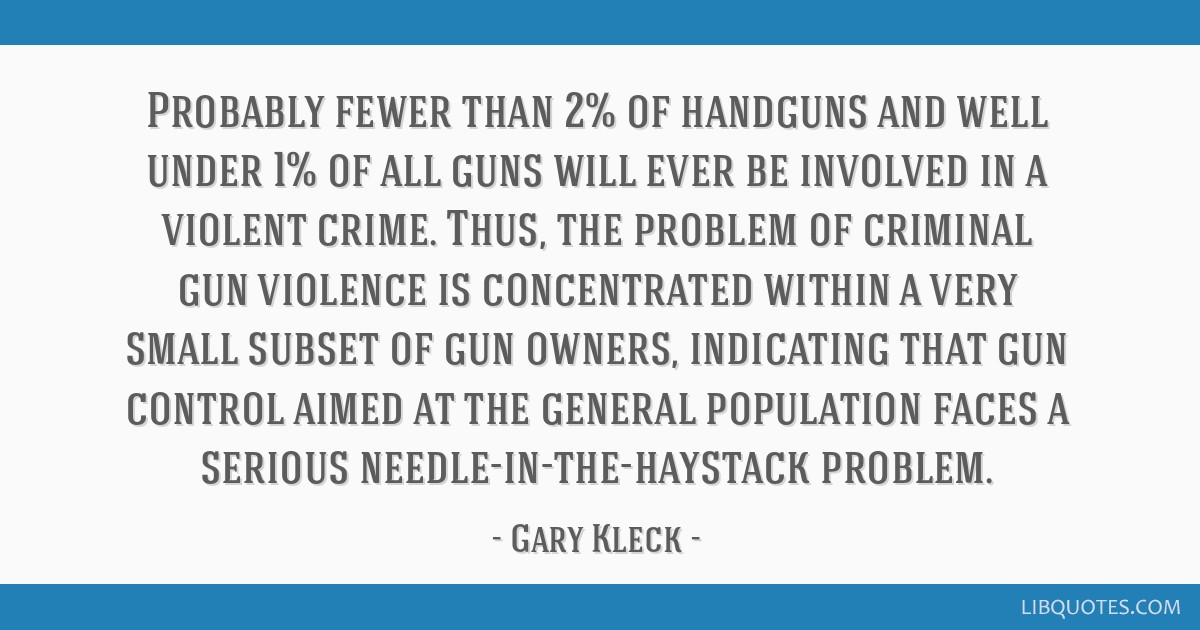 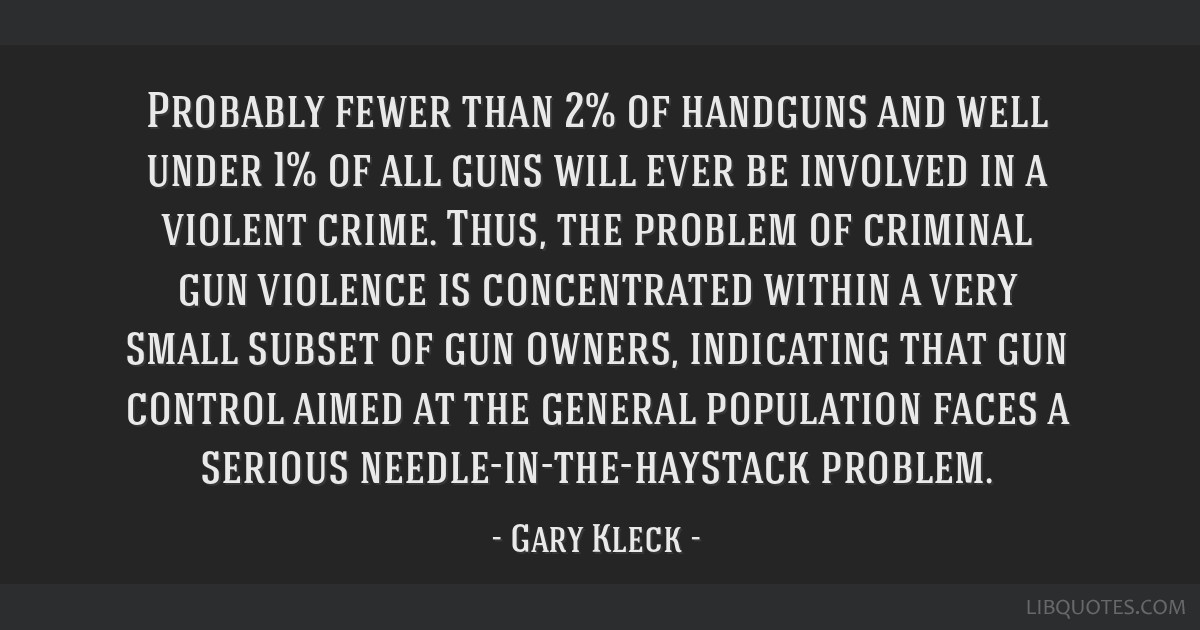 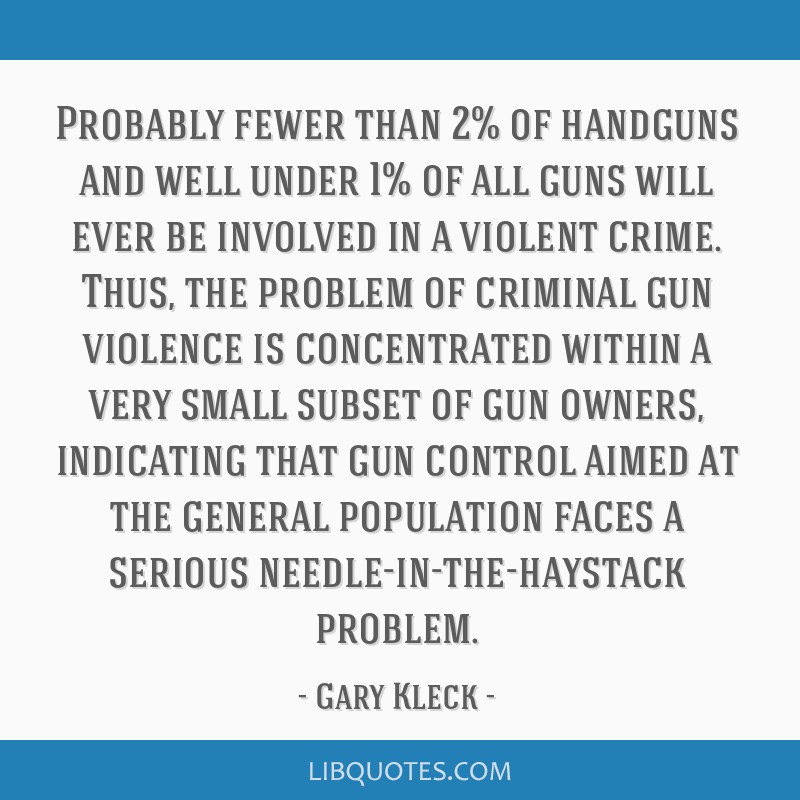 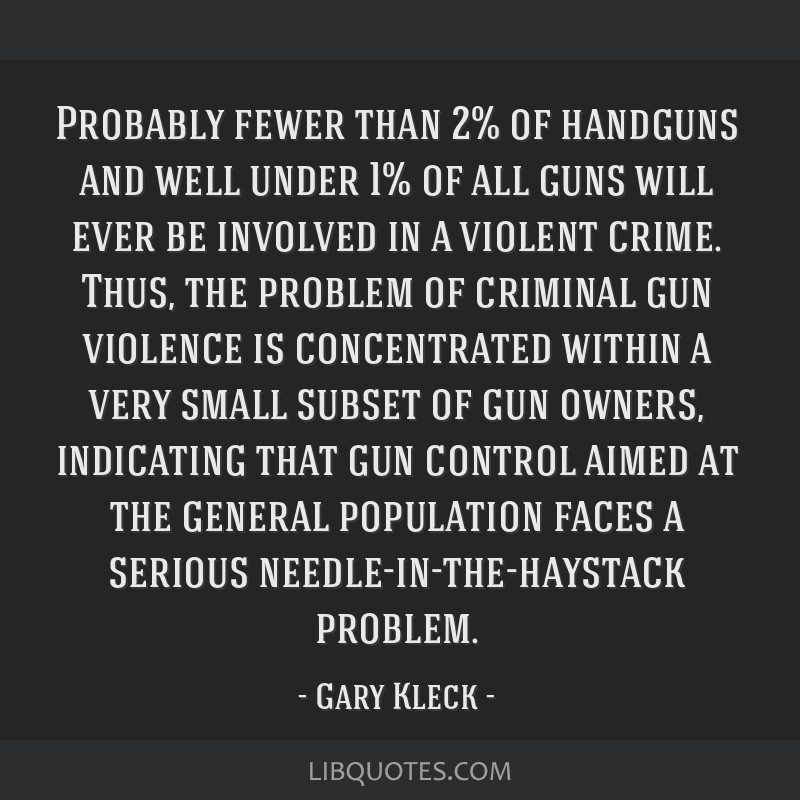