I do believe that, where there is only a choice between cowardice and violence, I would advise violence. I would rather have India resort to arms in order to defend her honour than that she should, in a cowardly manner, become or remain a helpless witness to her own dishonour. But I believe that nonviolence is infinitely superior to violence, forgiveness is more manly than punishment. 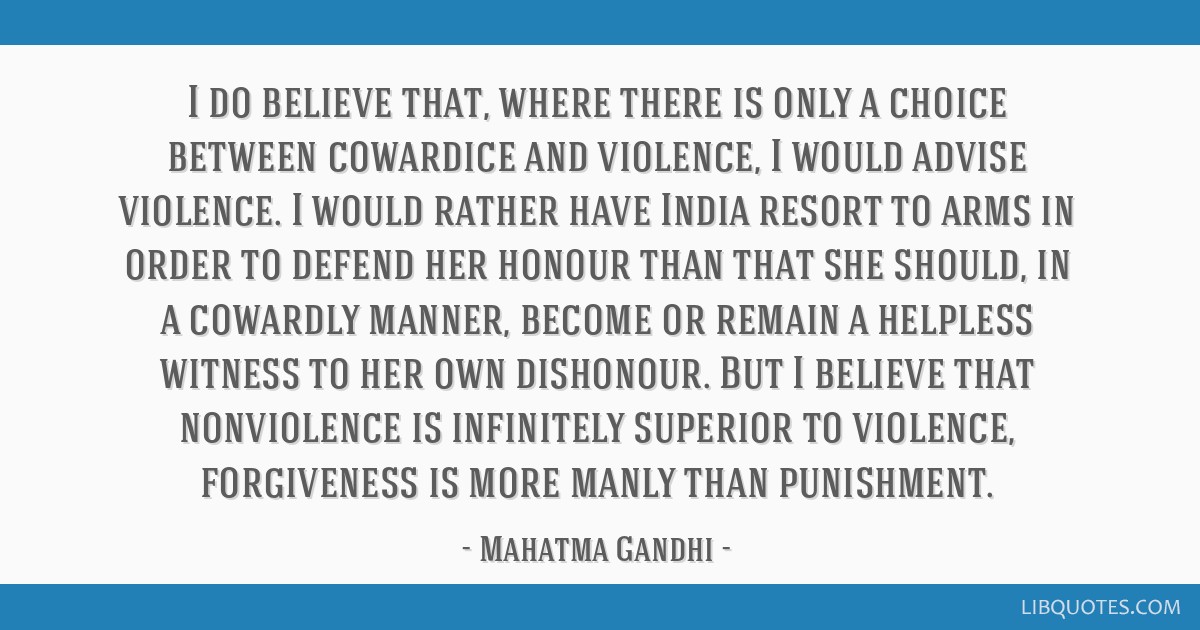 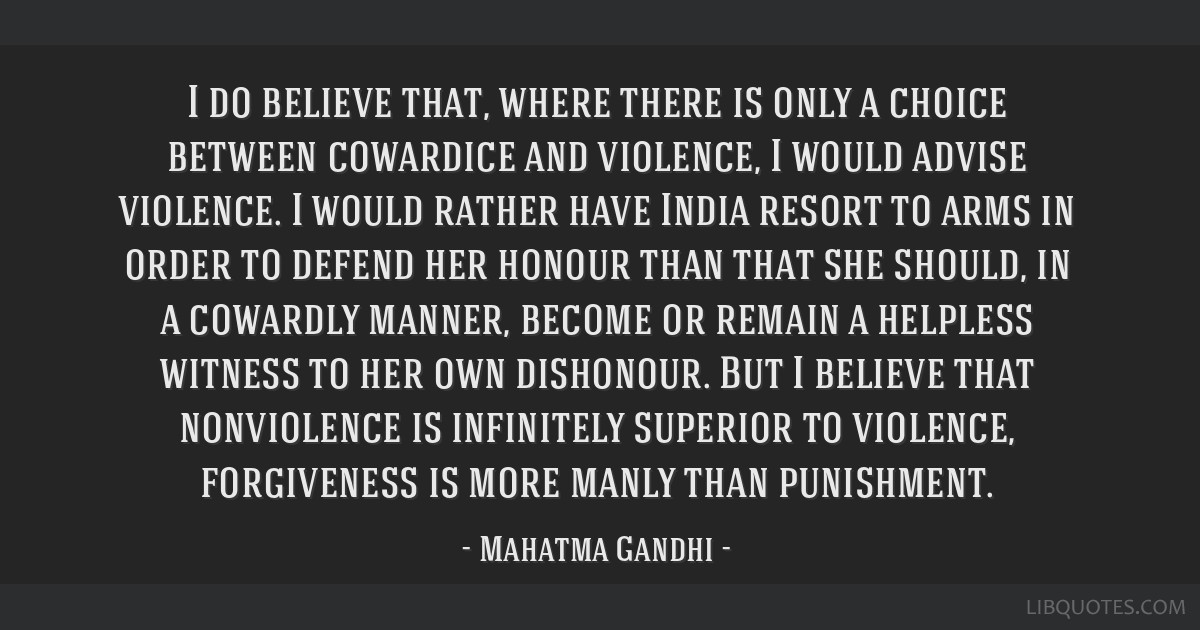 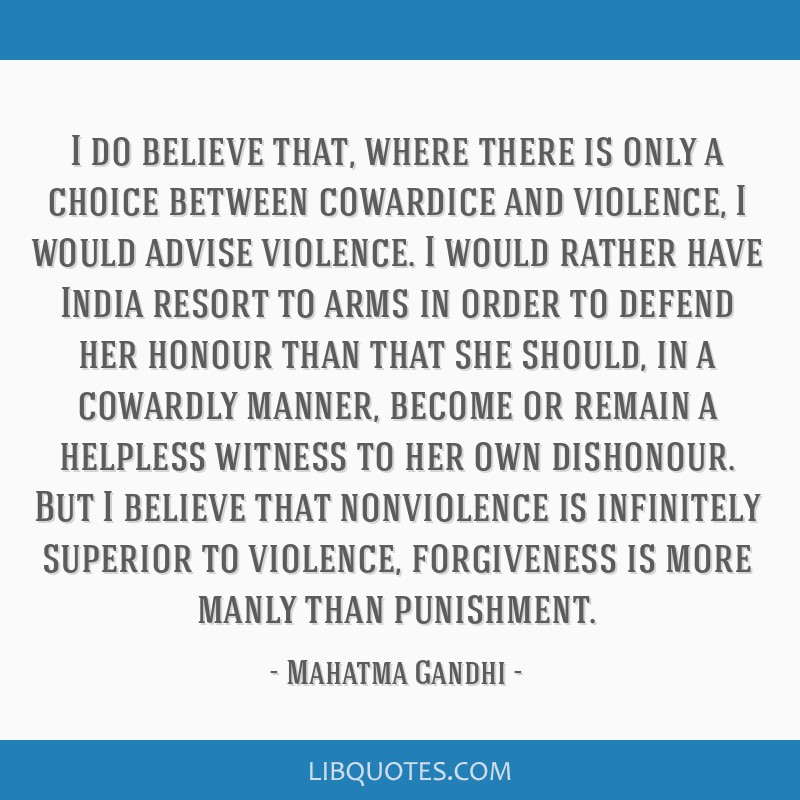 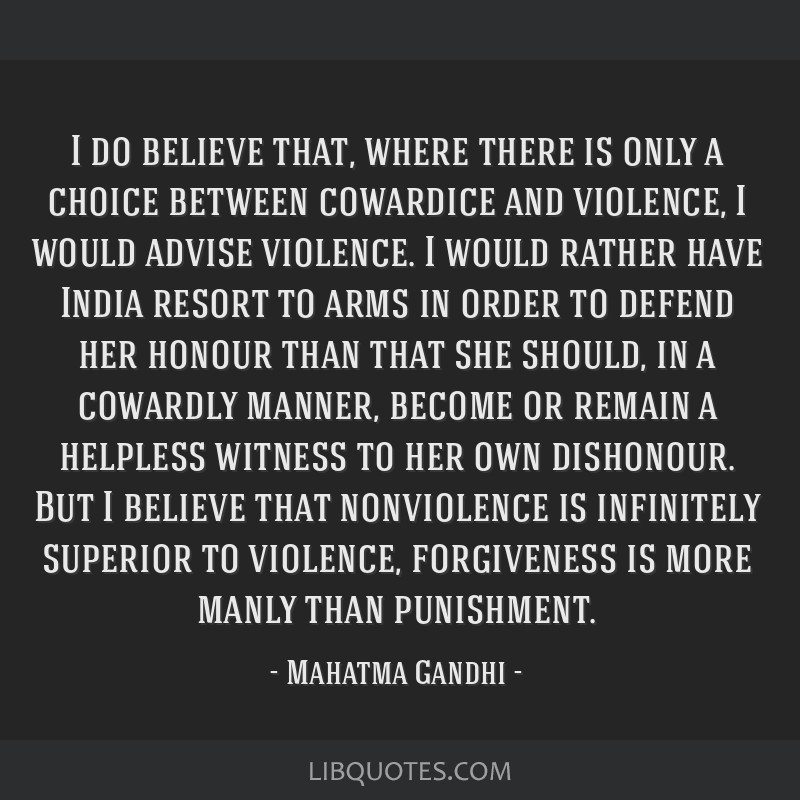 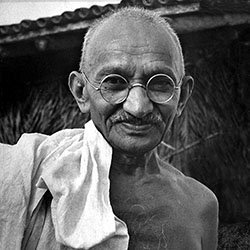