Diogenes the Cynic, it is related, was mighty of all people in regard to everything from self-control to endurance. He indulged in sexual lusts, not associating it with pleasure, an attractive good thing to some, but because of the harm that the retention of semen would cause if he avoided the habit of releasing it. When a prostitute who promised to visit him was delayed for some time, he rubbed his genitals with his hand, ejecting semen. After the whore arrived, he sent her away, saying: "my hand celebrated the wedding-hymn first." But it is clearly correct that, likewise, the disciplined man does not on account of pleasure indulge in lusts, but in order to relieve the hindrance acting as if this was not associated with pleasure. 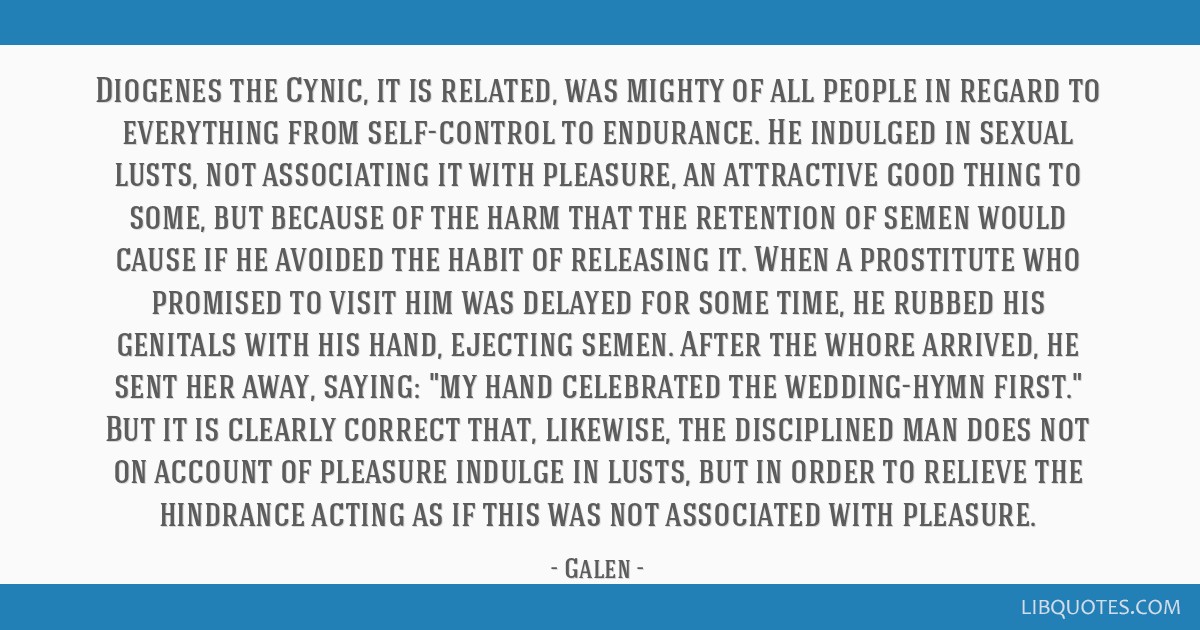 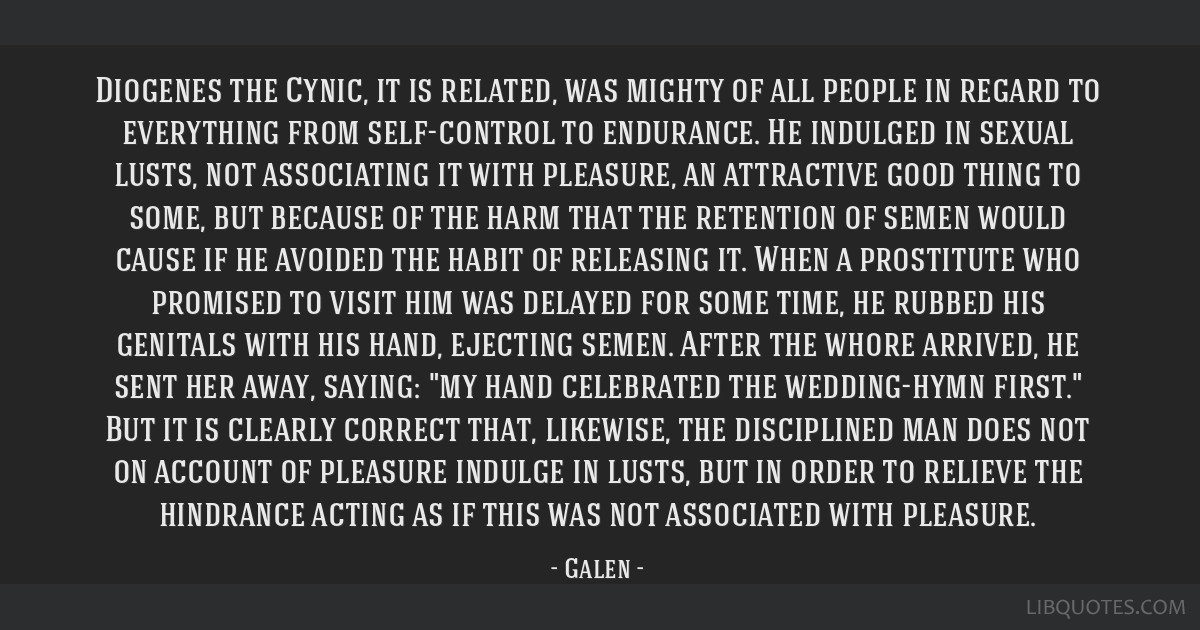 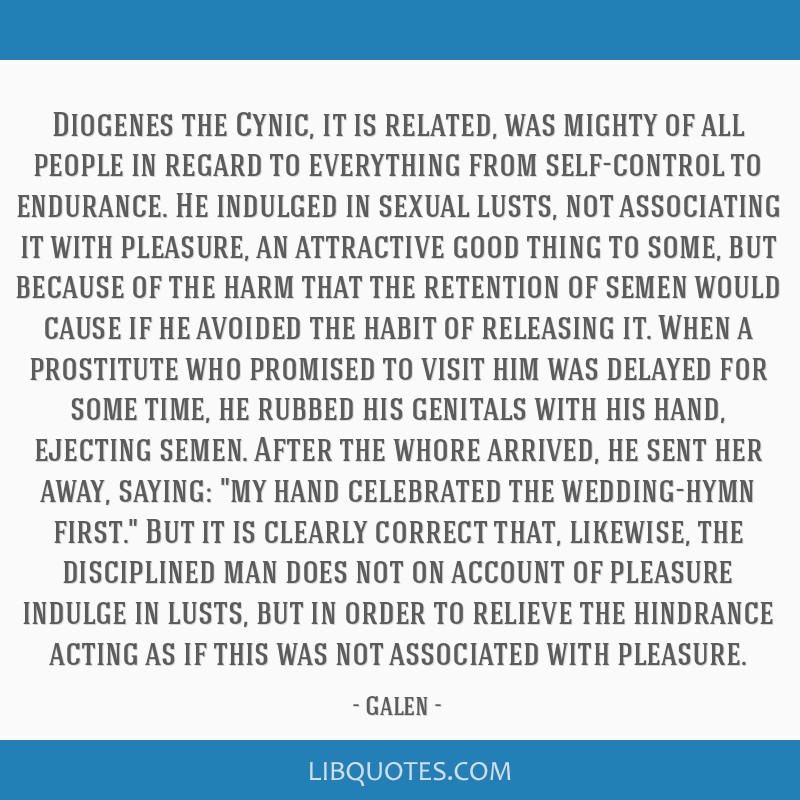 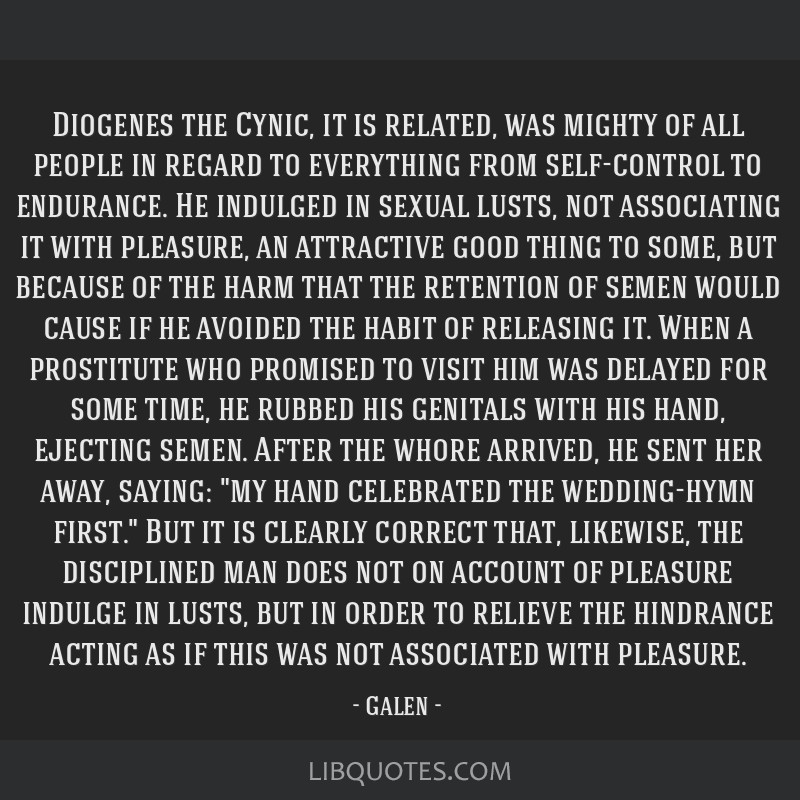 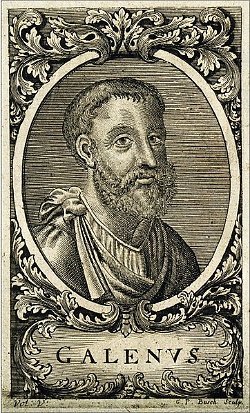