It is the simple truth that man does differ from the brutes in kind and not in degree; and the proof of it is here; that it sounds like a truism to say that the most primitive man drew a picture of a monkey and that it sounds like a joke to say that the most intelligent monkey drew a picture of a man. Something of division and disproportion has appeared; and it is unique. Art is the signature of man. 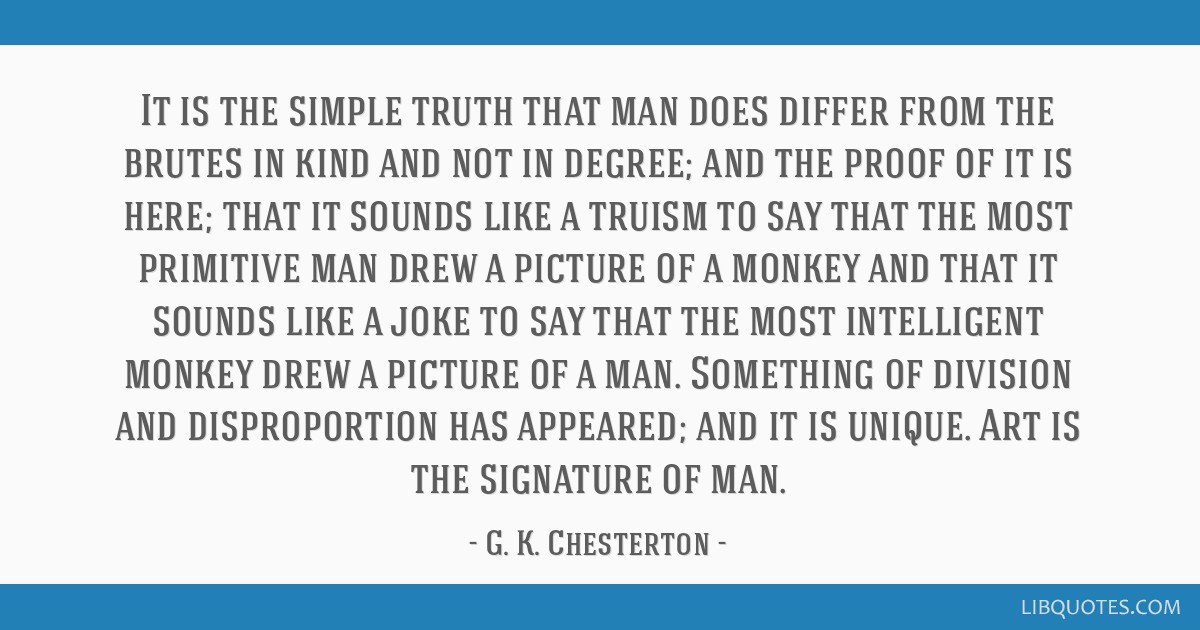 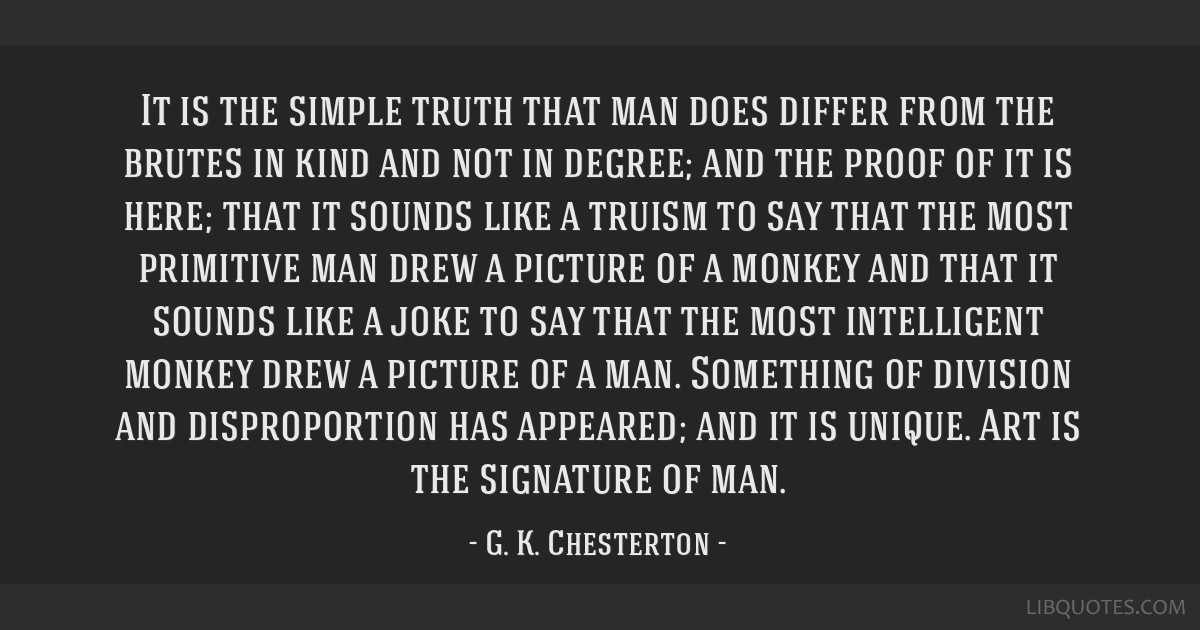 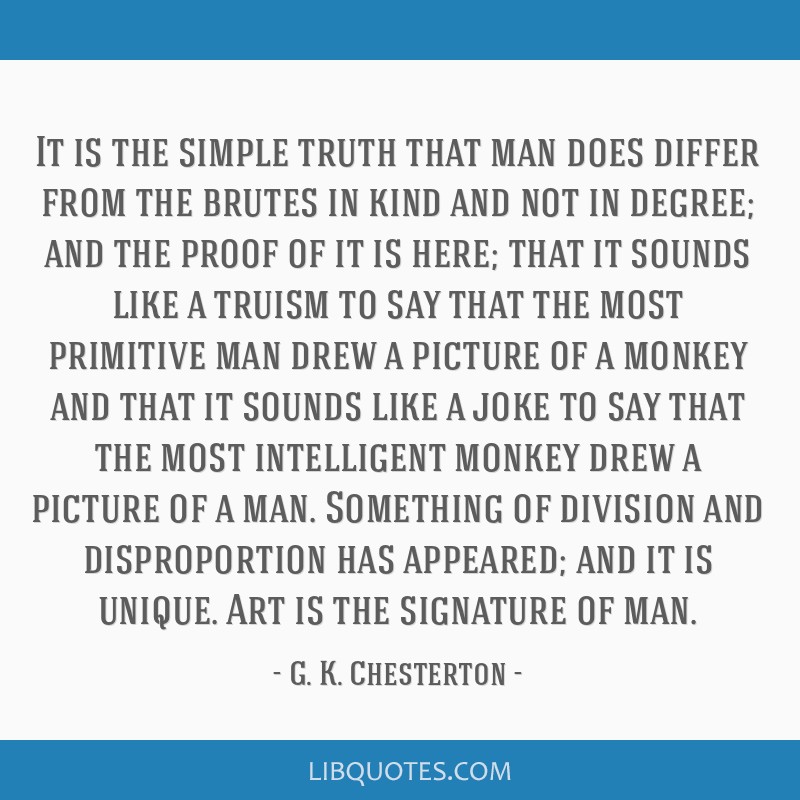 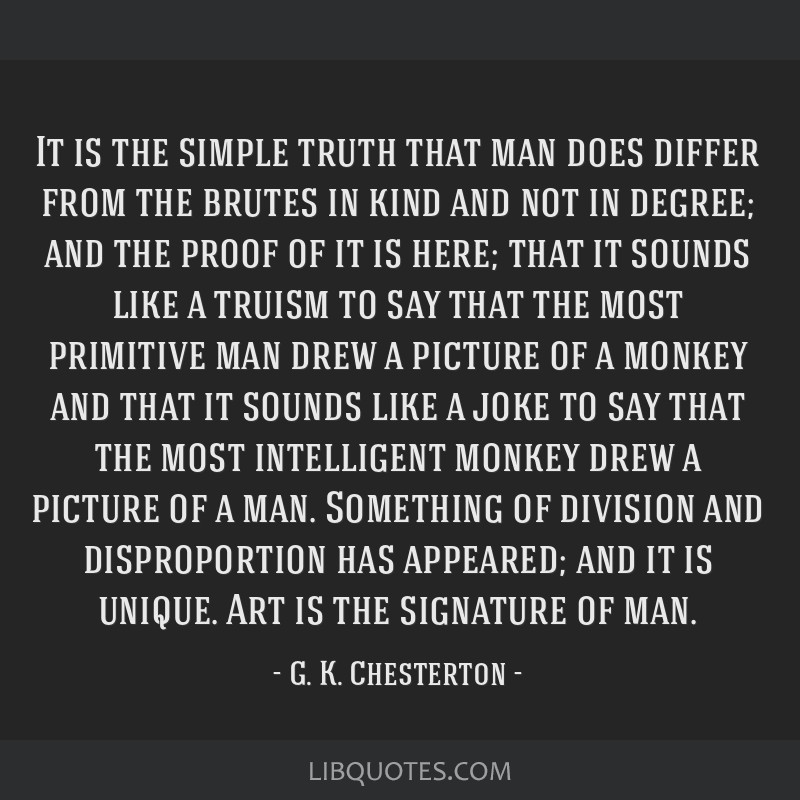