A turkey is more occult and awful than all the angels and archangels. In so far as God has partly revealed to us an angelic world, he has partly told us what an angel means. But God has never told us what a turkey means. And if you go and stare at a live turkey for an hour or two, you will find by the end of it that the enigma has rather increased than diminished. 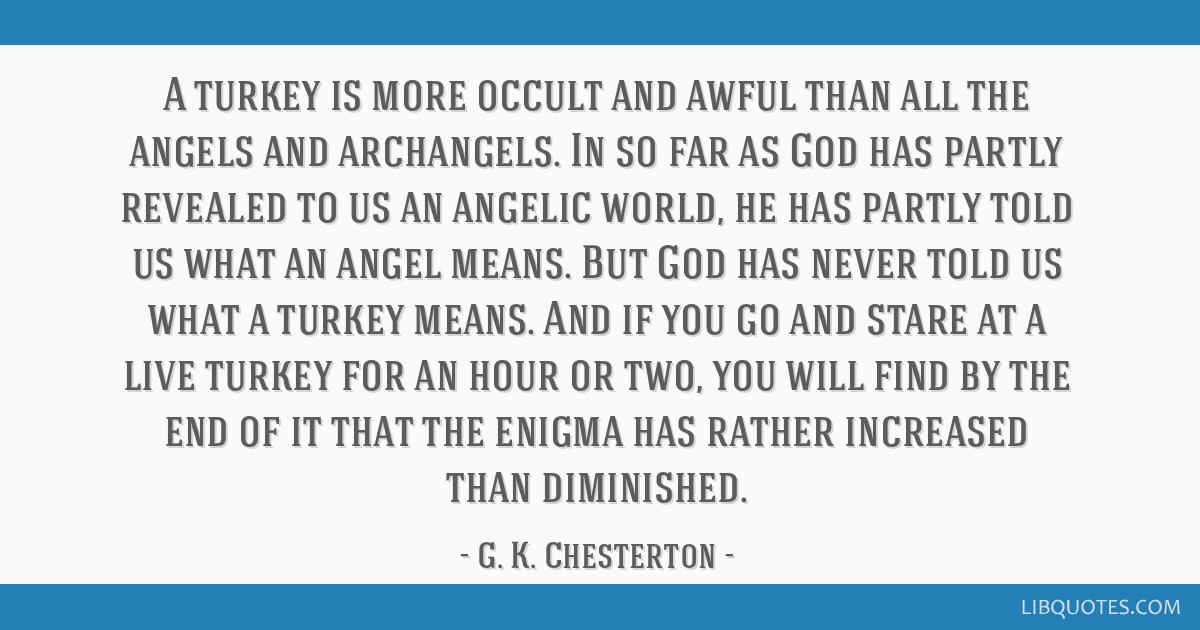 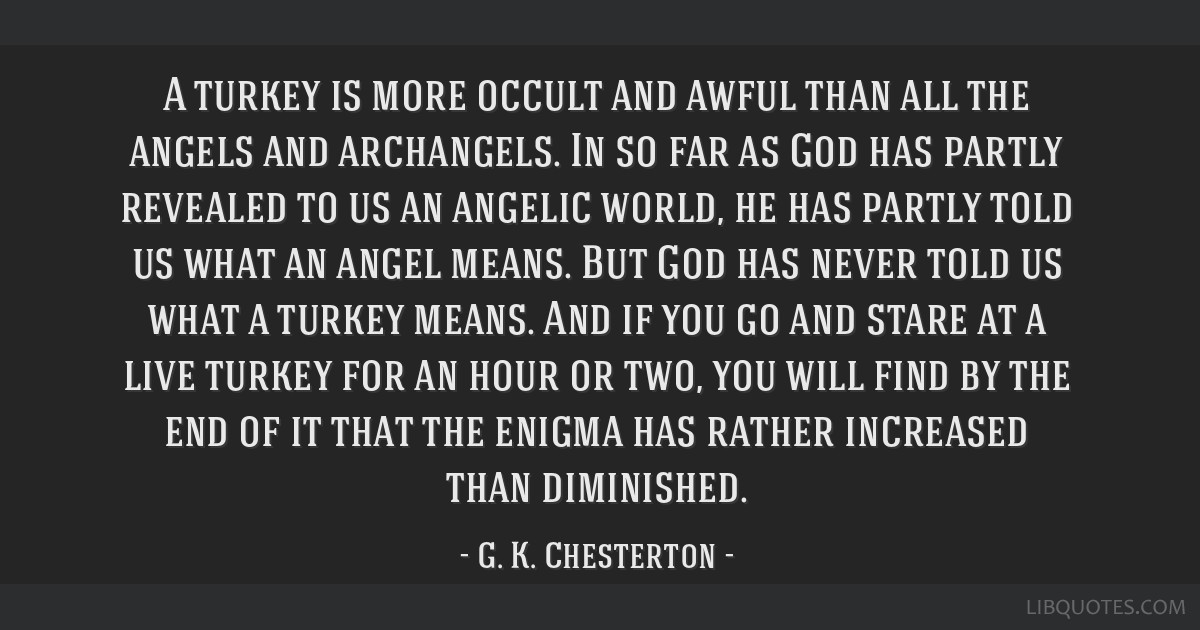 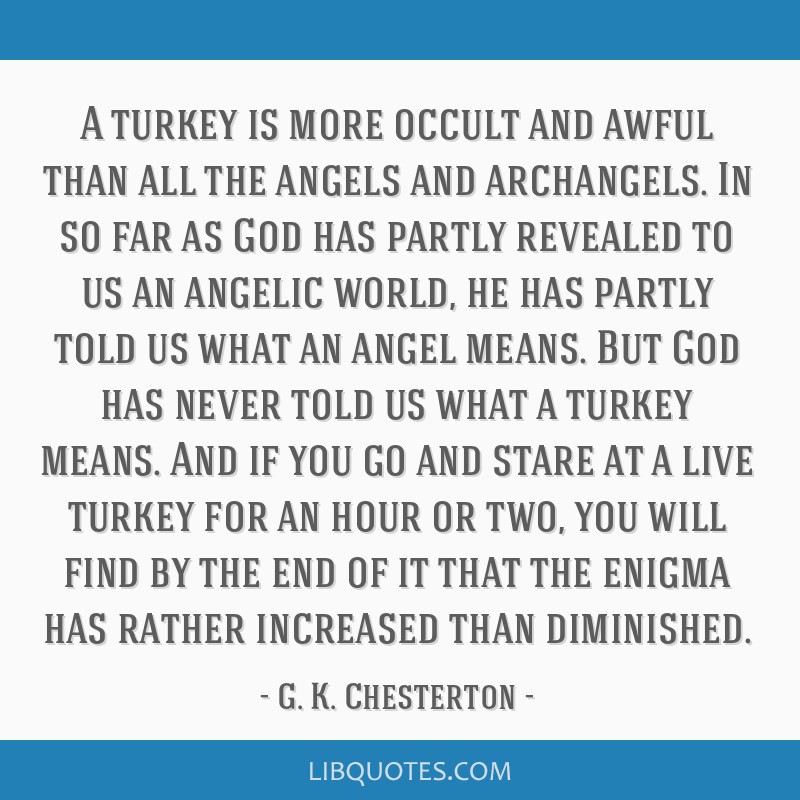 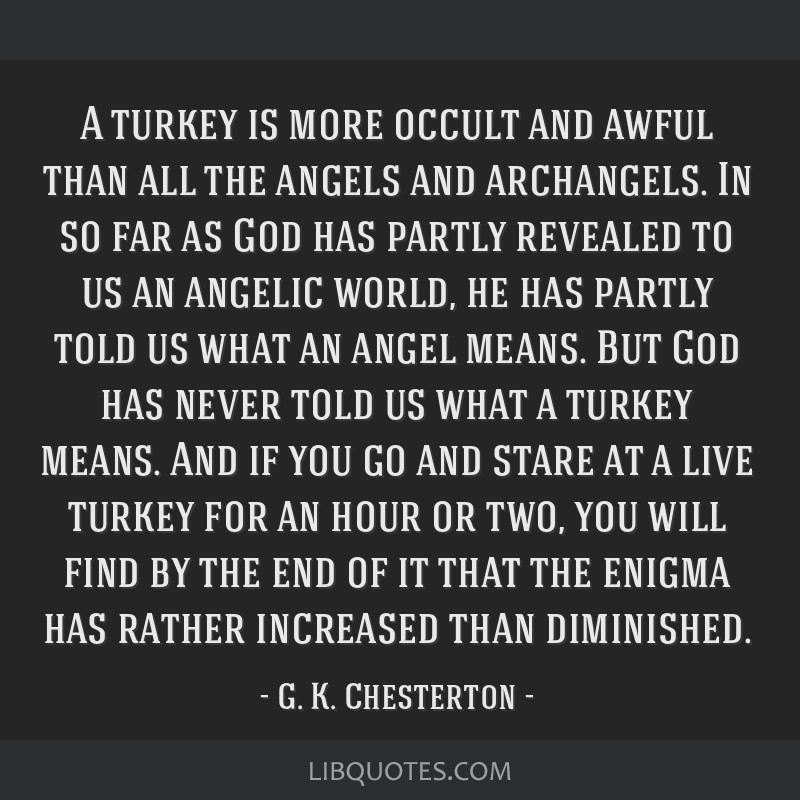