A beetle may or may not be inferior to a man — the matter awaits demonstration; but if he were inferior by ten thousand fathoms, the fact remains that there is probably a beetle view of things of which a man is entirely ignorant. If he wishes to conceive that point of view, he will scarcely reach it by persistently revelling in the fact that he is not a beetle. 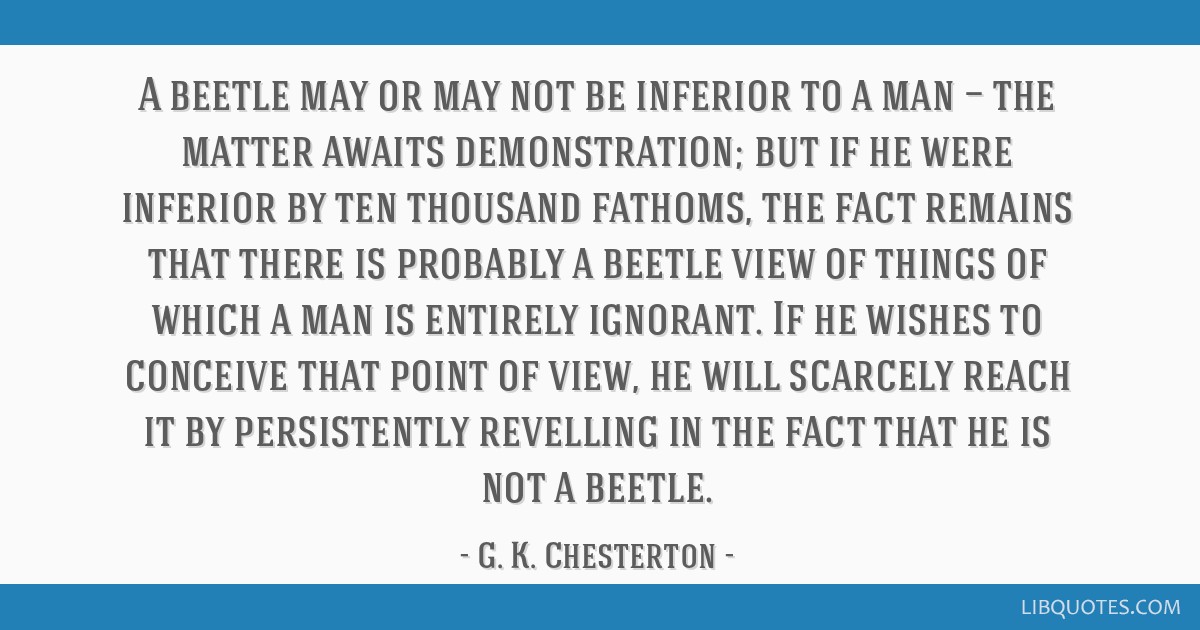 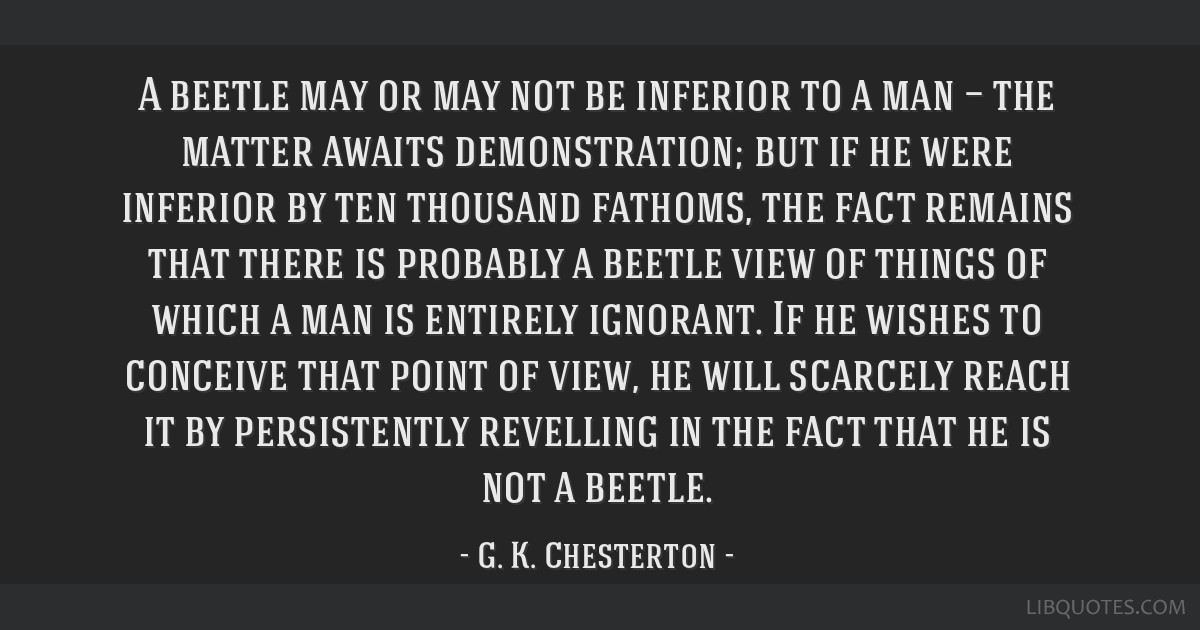 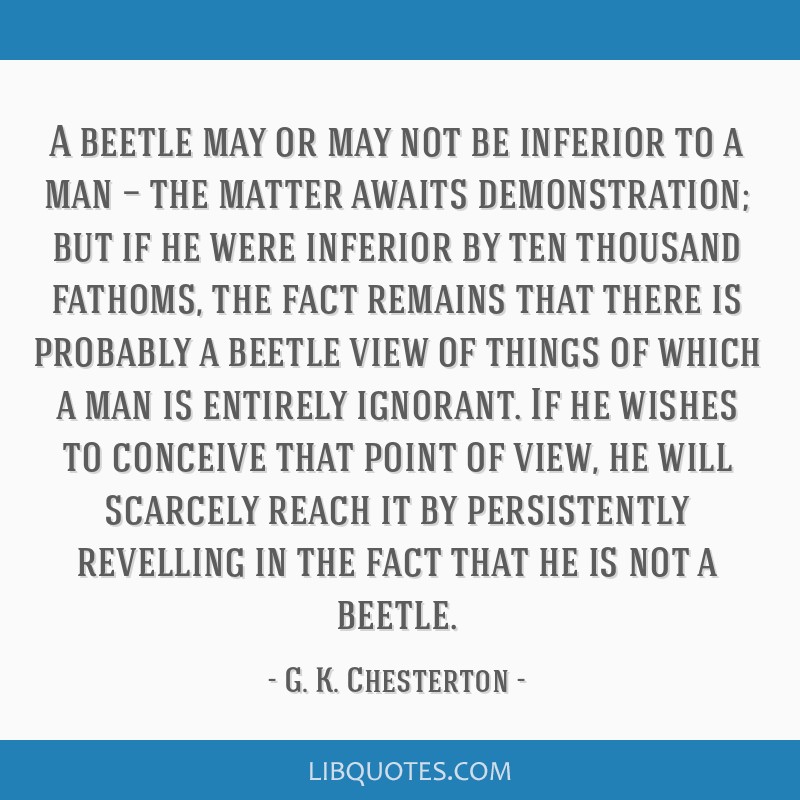 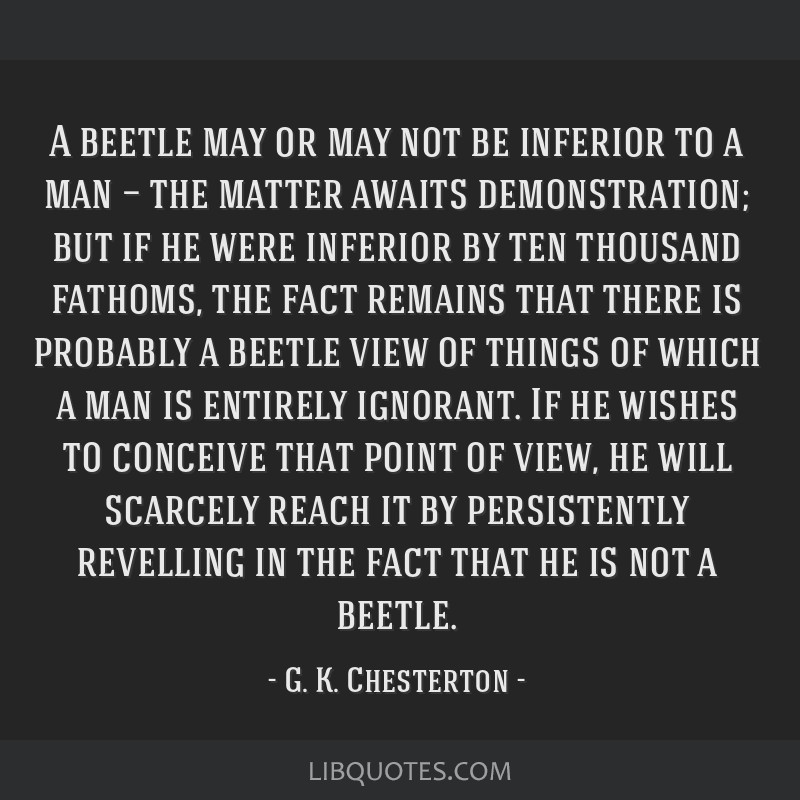