I have certainly never contended that generally authoritarian governments are more likely to secure individual liberty than democratic ones, but rather the contrary. This does not mean, however, that in some historical circumstances personal liberty may not have been better protected under an authoritarian than democratic government. (...) More recently I have not been able to find a single person even in much maligned Chile who did not agree that personal freedom was much greater under Pinochet than it had been under Allende. Nor have I heard any sensible person claim that in the principalities of Monaco or Lichtenstein, which I am told are not precisely democratic, personal liberty is smaller than anywhere else! 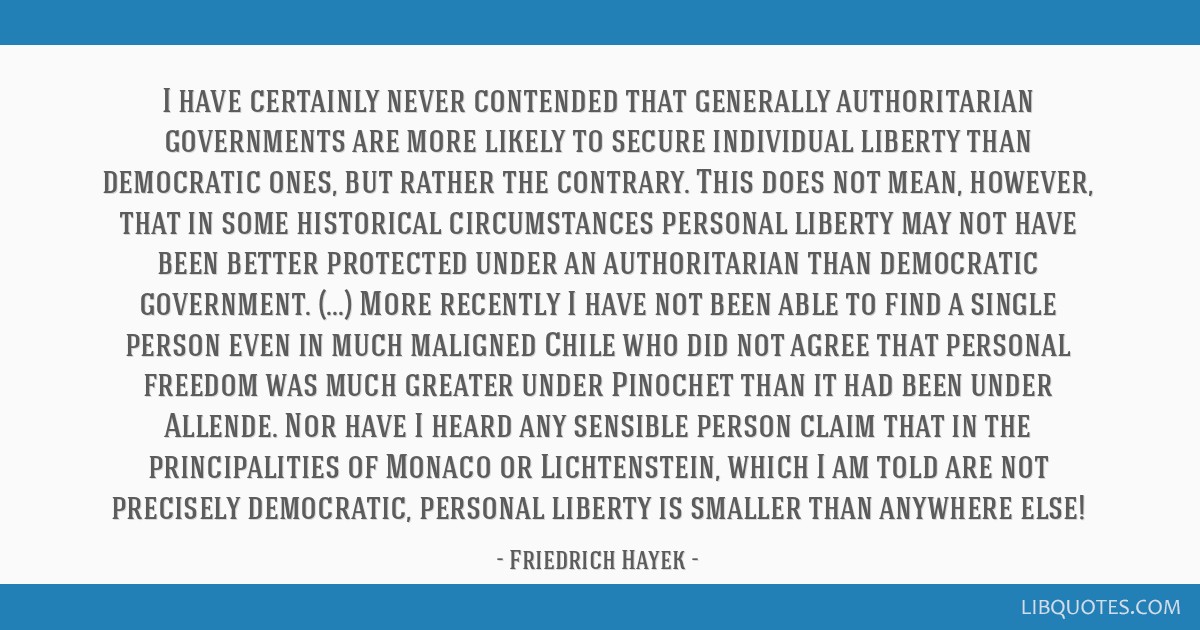 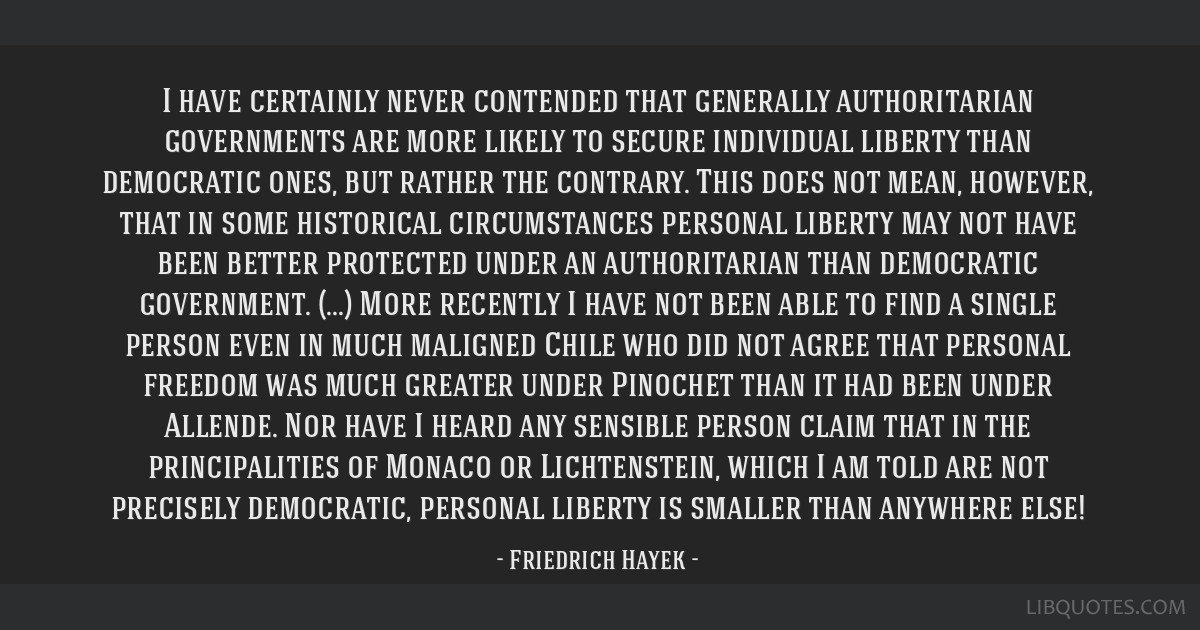