We forget that, although freedom of speech constitutes an important victory in the battle against old restraints, modern man is in a position where much of what "he" thinks and says are the things that everybody else thinks and says; that he has not acquired the ability to think originally - that is, for himself - which alone gives meaning to his claim that nobody can interfere with the expression of his thoughts. 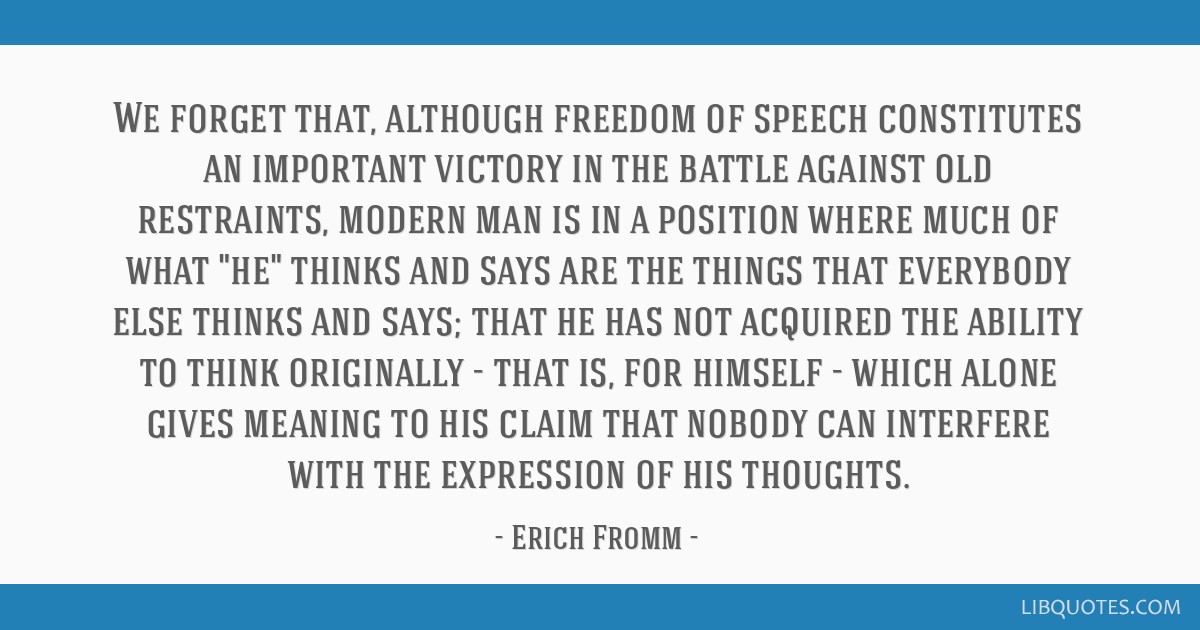 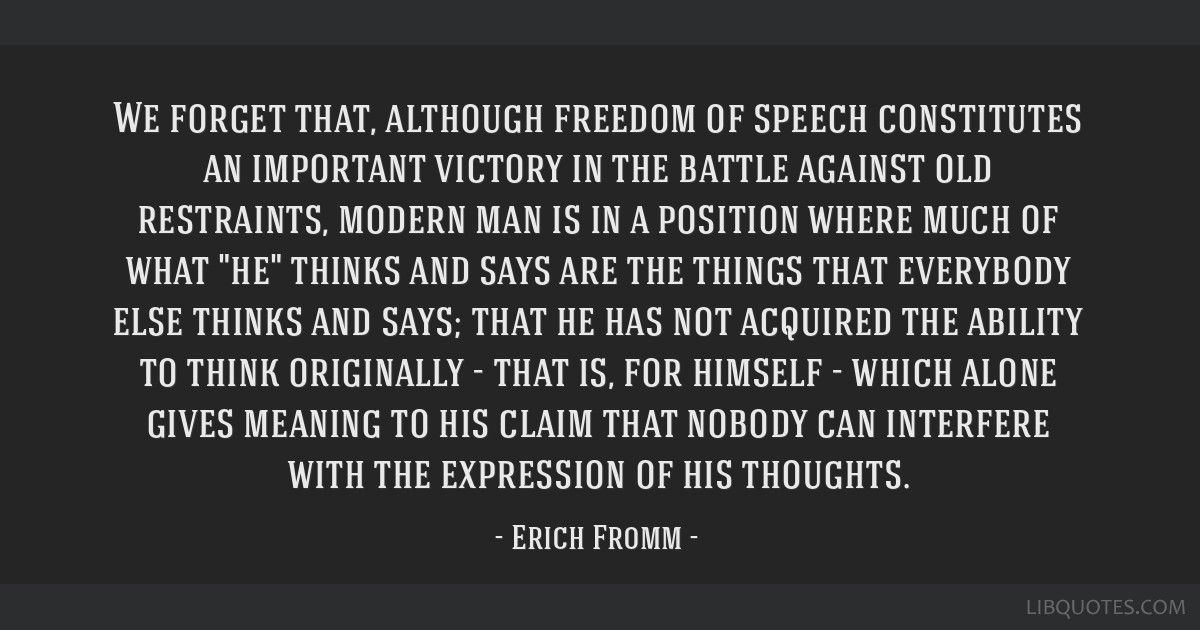 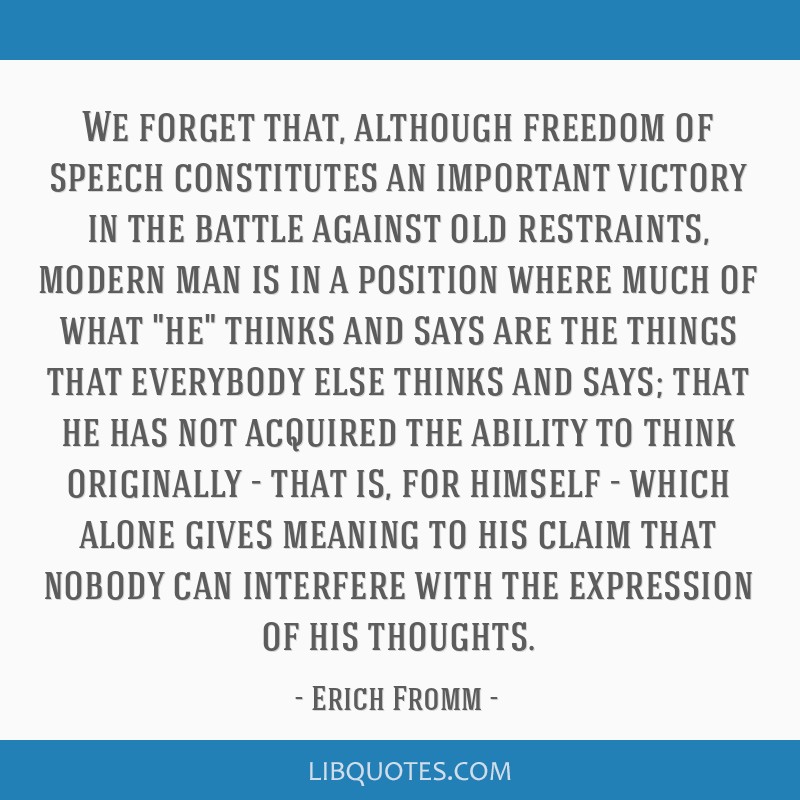 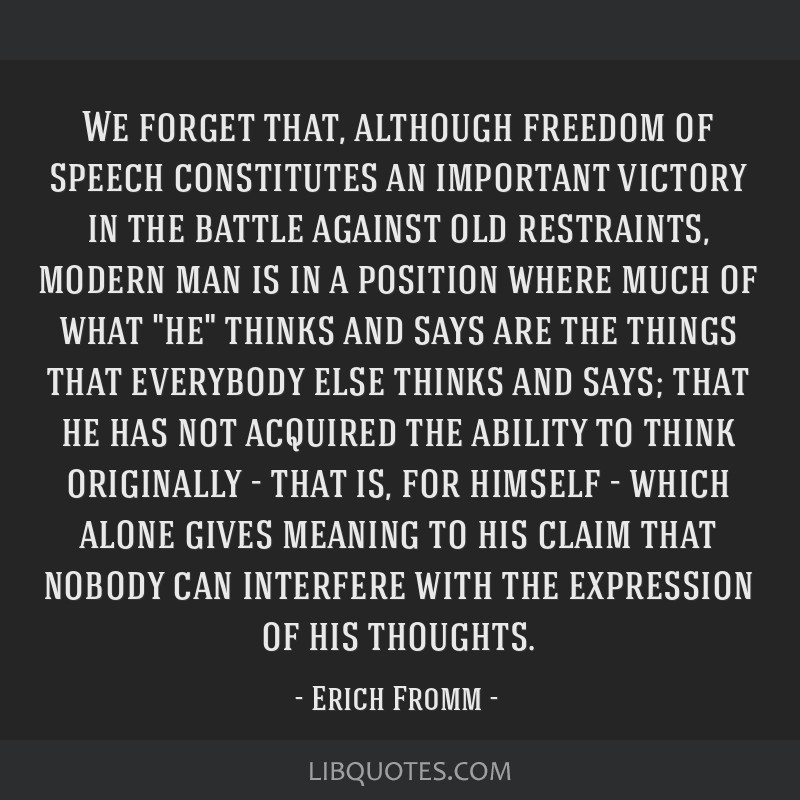 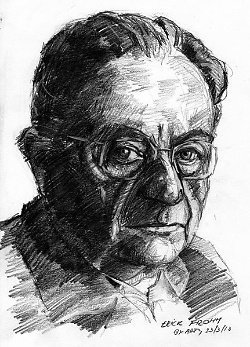