Where without any change in circumstances the things held to be just by law are seen not to correspond with the concept of justice in actual practice, such laws are not really just; but wherever the laws have ceased to be advantageous because of a change in circumstances, in that case the laws were for that time just when they were advantageous for the mutual dealings of the citizens, and subsequently ceased to be just when they were no longer advantageous. 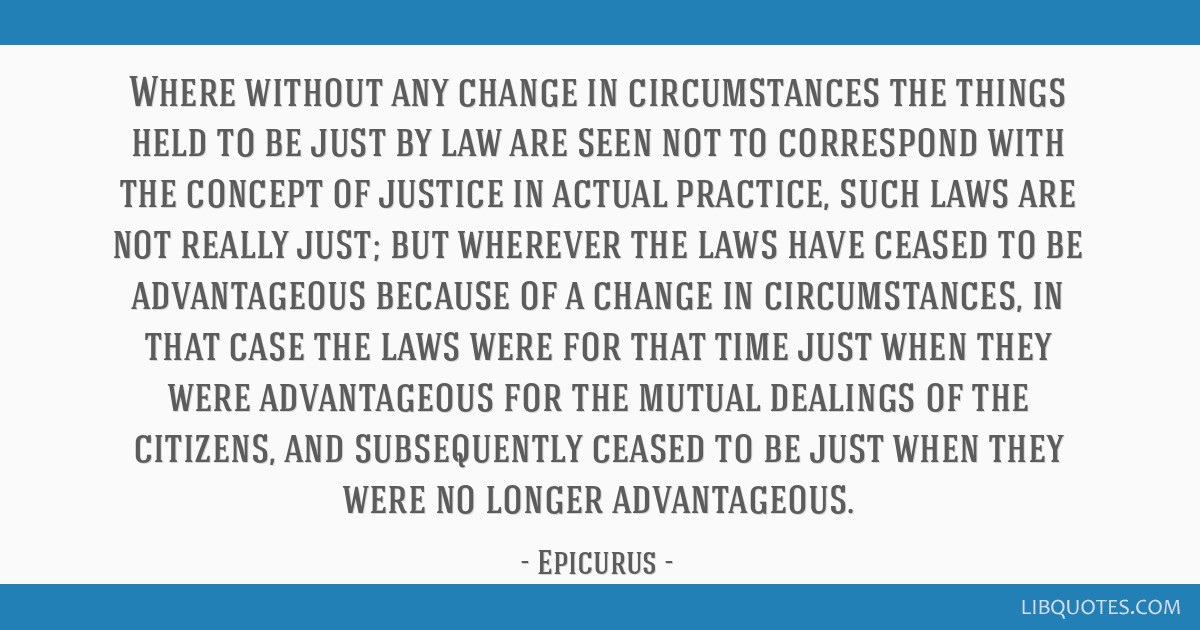 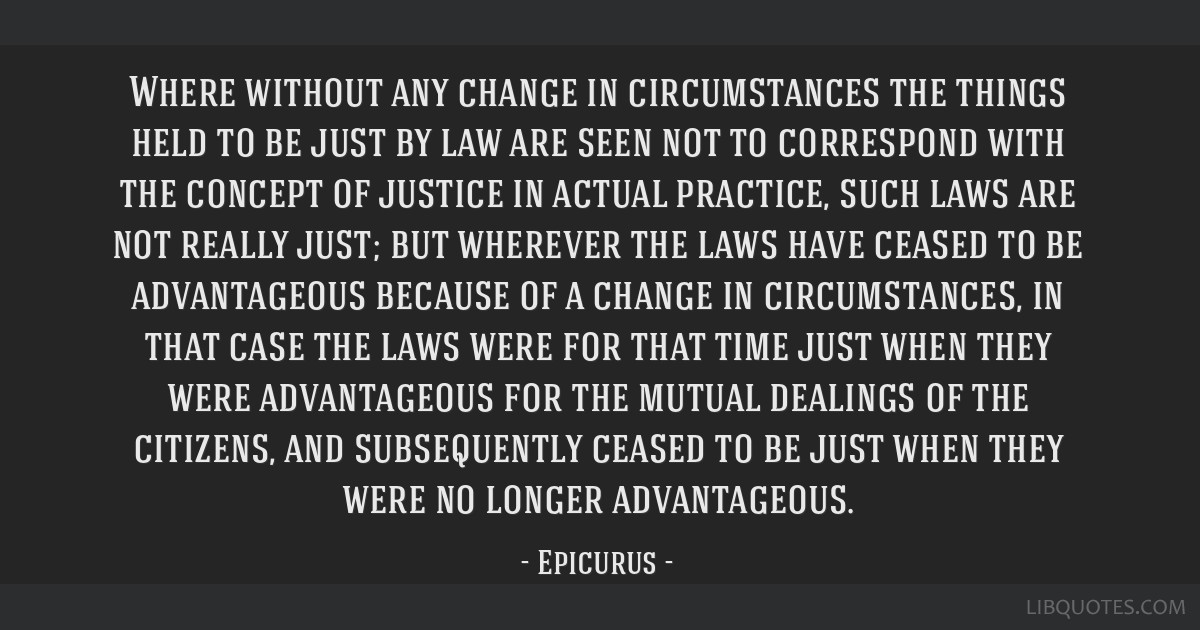 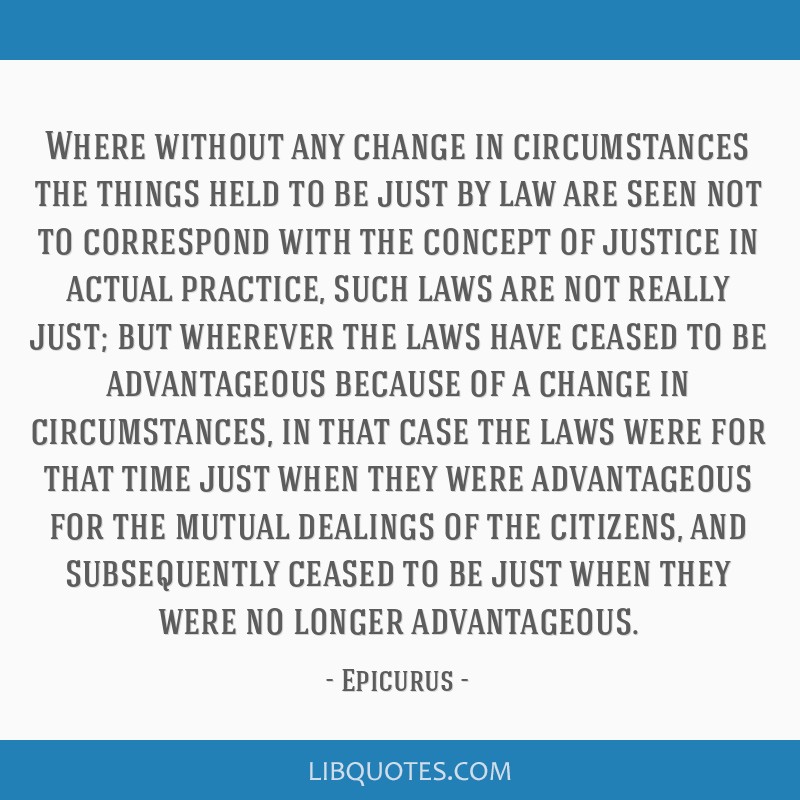 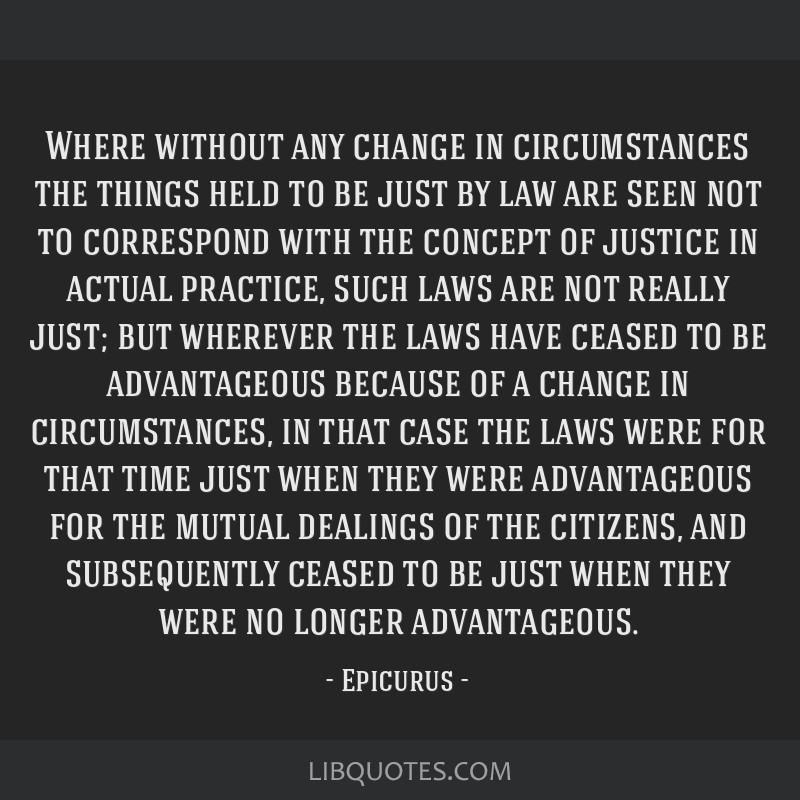 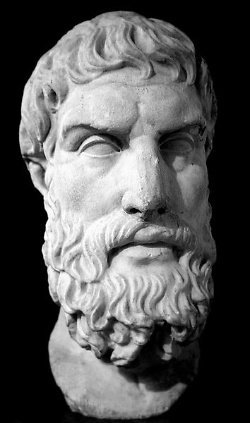