He [Gilels] played in an easy, natural manner, with strong but unassuming musicianship. His technique was brilliant; years later Neuhaus, still astonished, was to recall Gilels's incredible octaves in Liszt's Spanish Rhapsody. Yet Gilels was never looked upon as a mere virtuoso. As a matter of fact, his programs did not often include music pour epater le bourgeois. He played a stedy diet of Beethoven (the Hammerklavier was a work that strongly engaged his last years), Schubert, Schumann, Chopin and Brahms. In many respects, the great virtuoso who put his authoritative stamp on whatever he played was, at the same time, a thinking man's pianist. 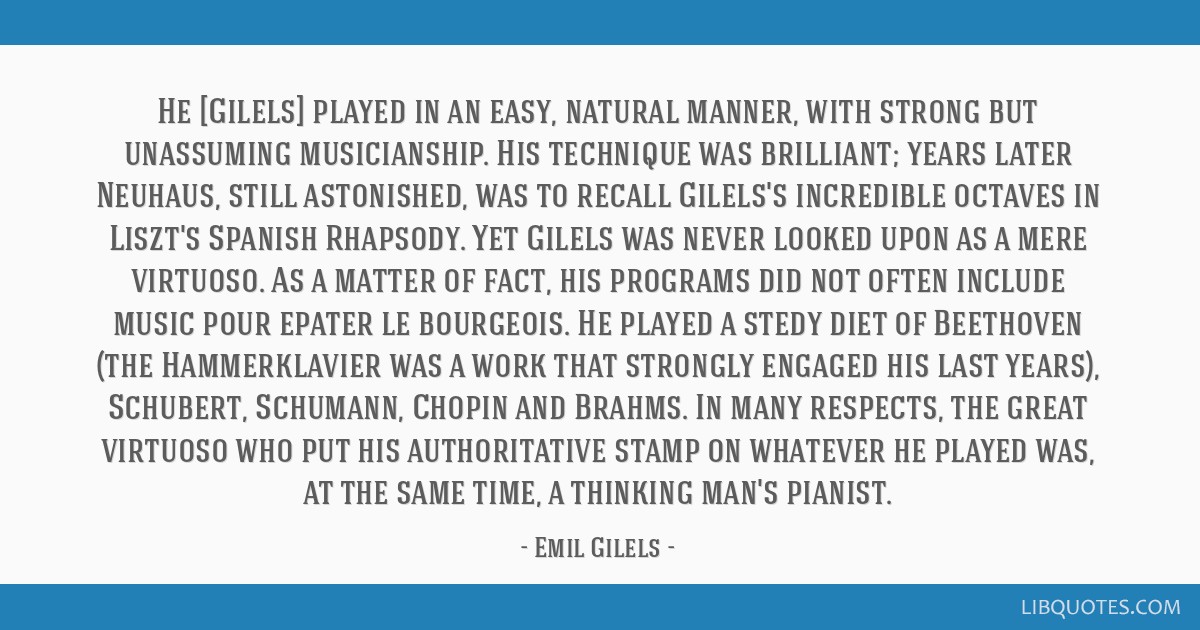 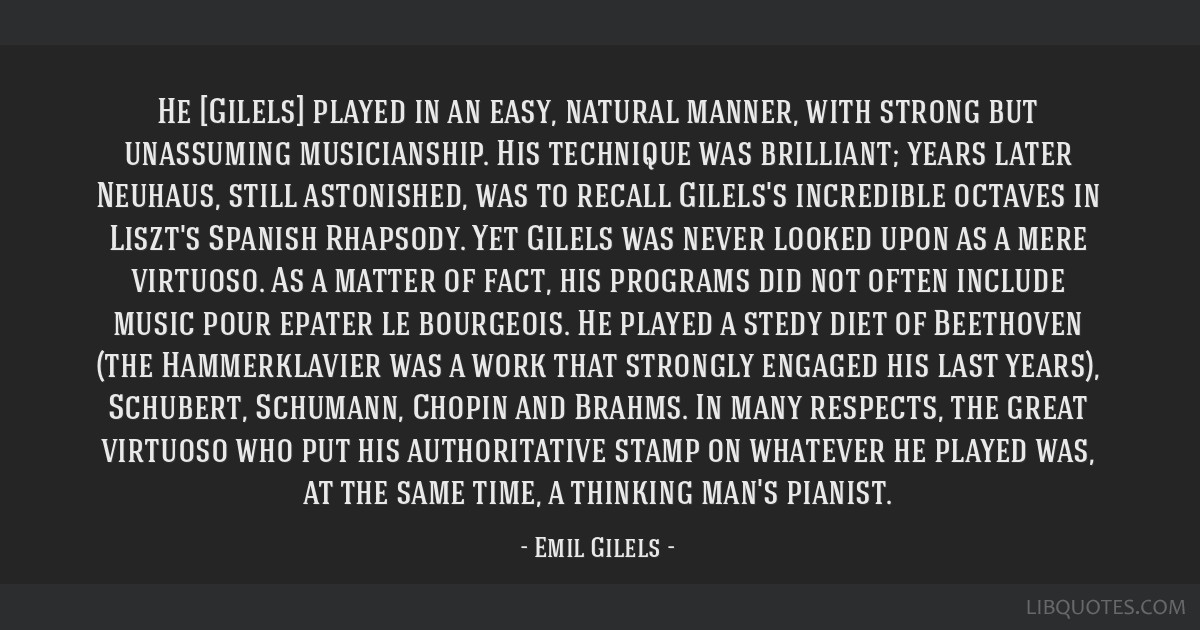 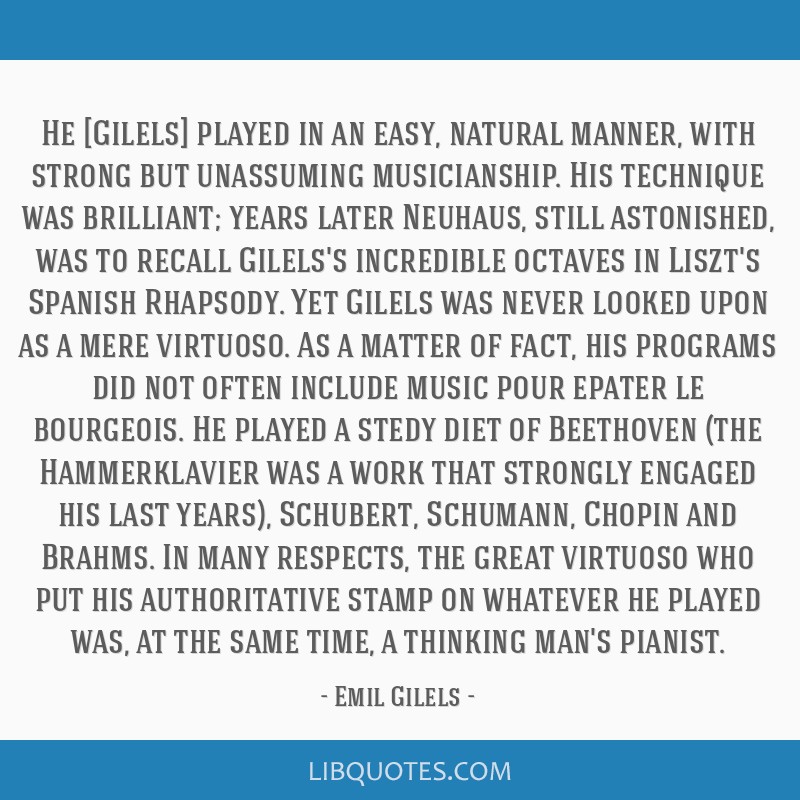 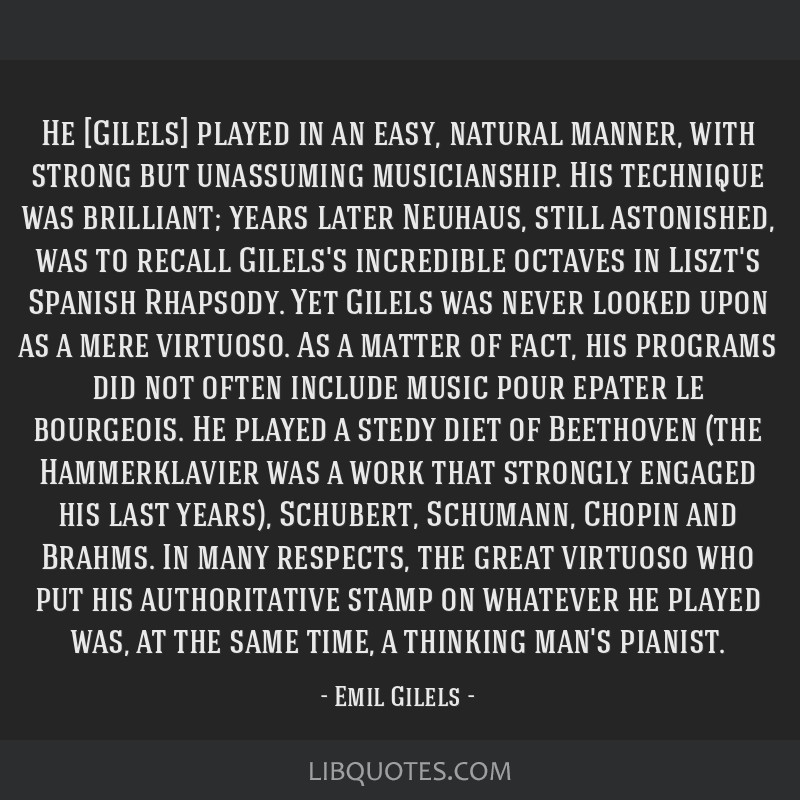 You can tell the ideals of a nation by its advertisements.
Norman Douglas