But the forces of evil have not abdicated. The malevolent ghosts of hatred are resurgent with a fury and a boldness that are as astounding as they are nauseating: ethnic conflicts, religious riots, anti-Semitic incidents here, there, and everywhere. What is wrong with these morally degenerate people that they abuse their freedom, so recently won? 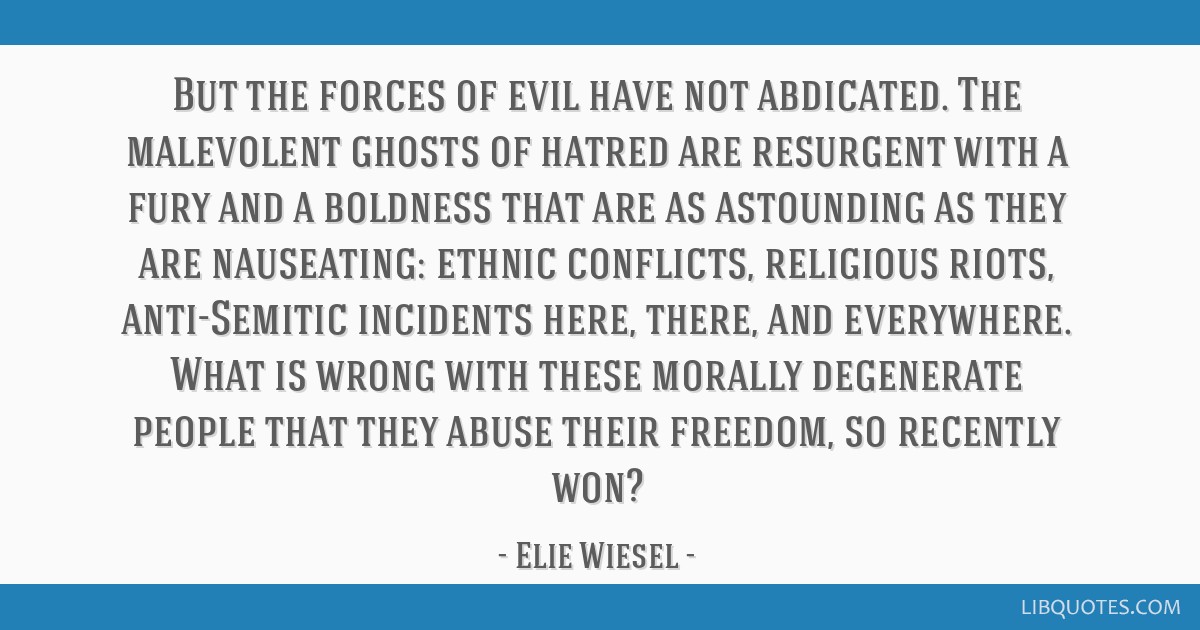 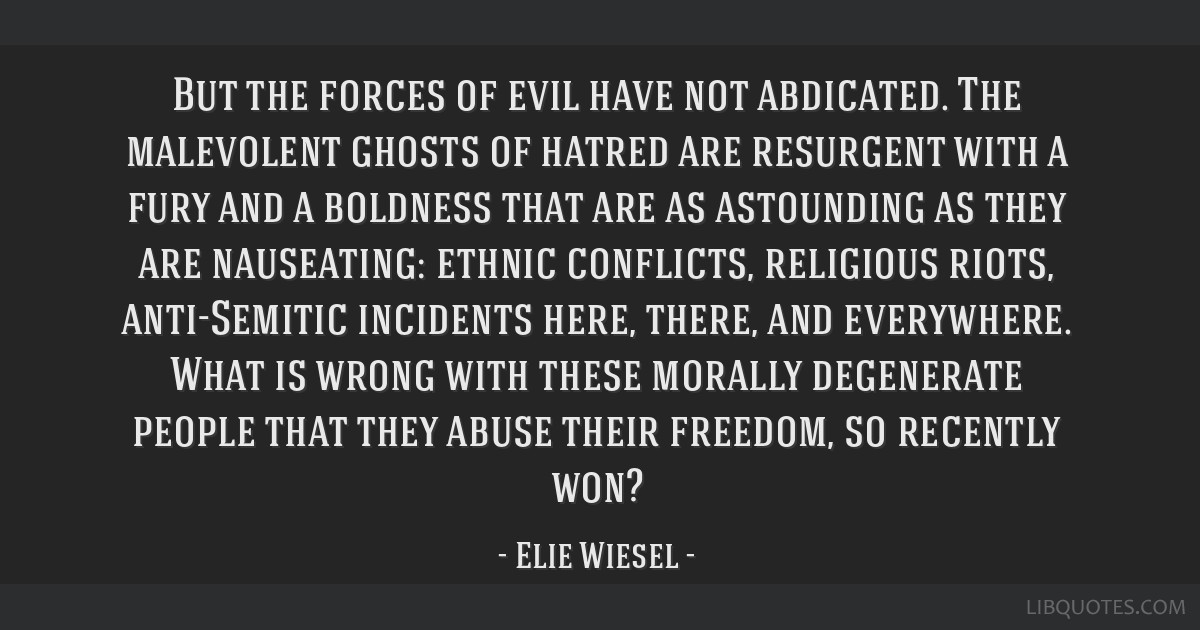 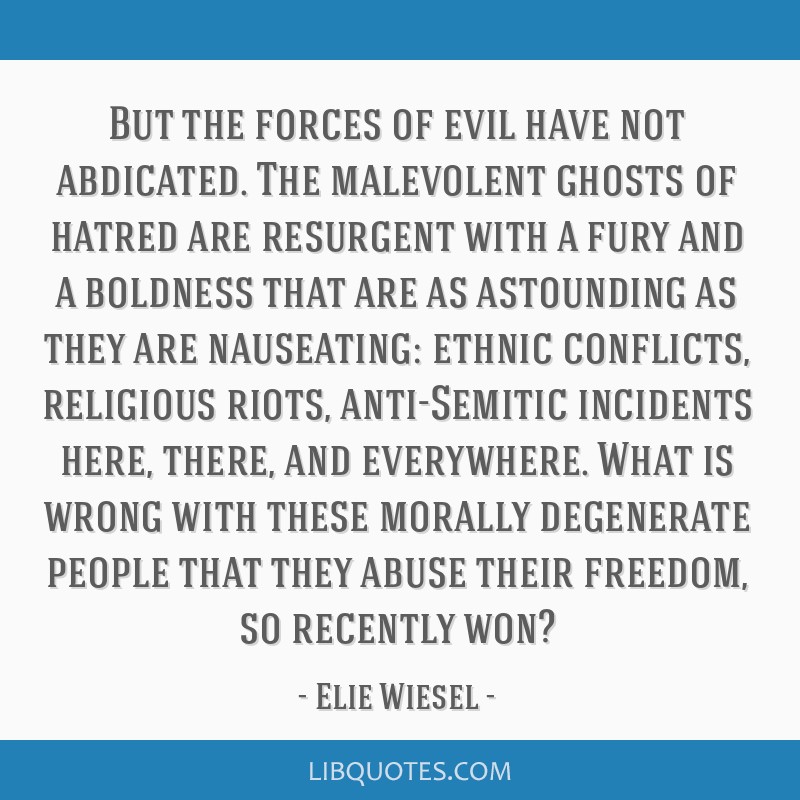 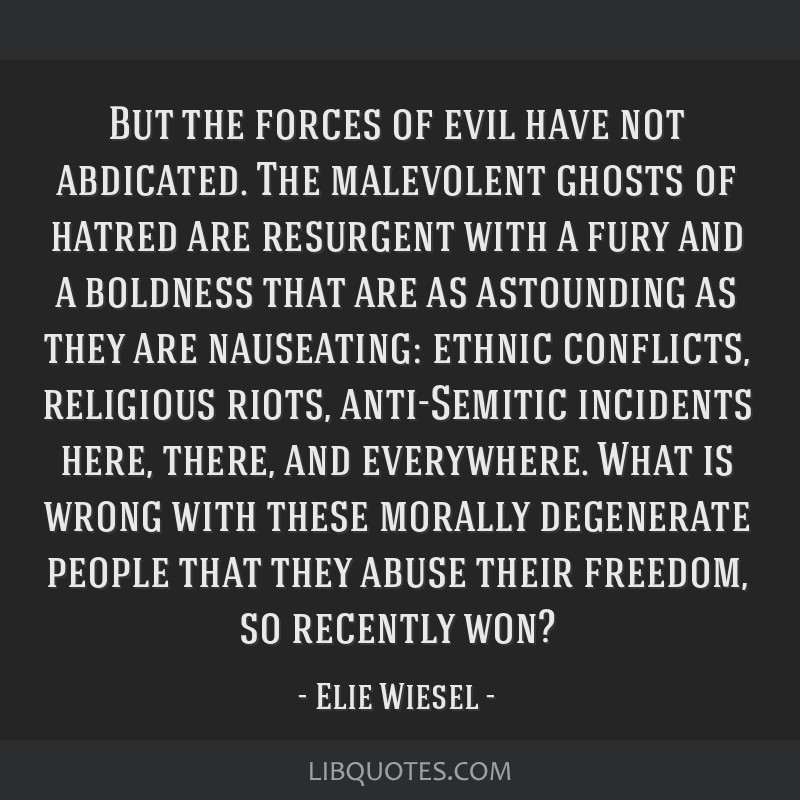