The fact must never be forgotten that no magazine publisher in the United States could give what it is giving to the reader each month if it were not for the revenue which the advertiser brings the magazine. It is the growth of advertising in this country which, more than any single element, has brought the American magazine to its present enviable position in points of literary, illustrative and mechanical excellence. The American advertiser has made the superior American magazine of today possible

As quoted in: The Commercial Connection: Advertising & the American Mass Media, 1979 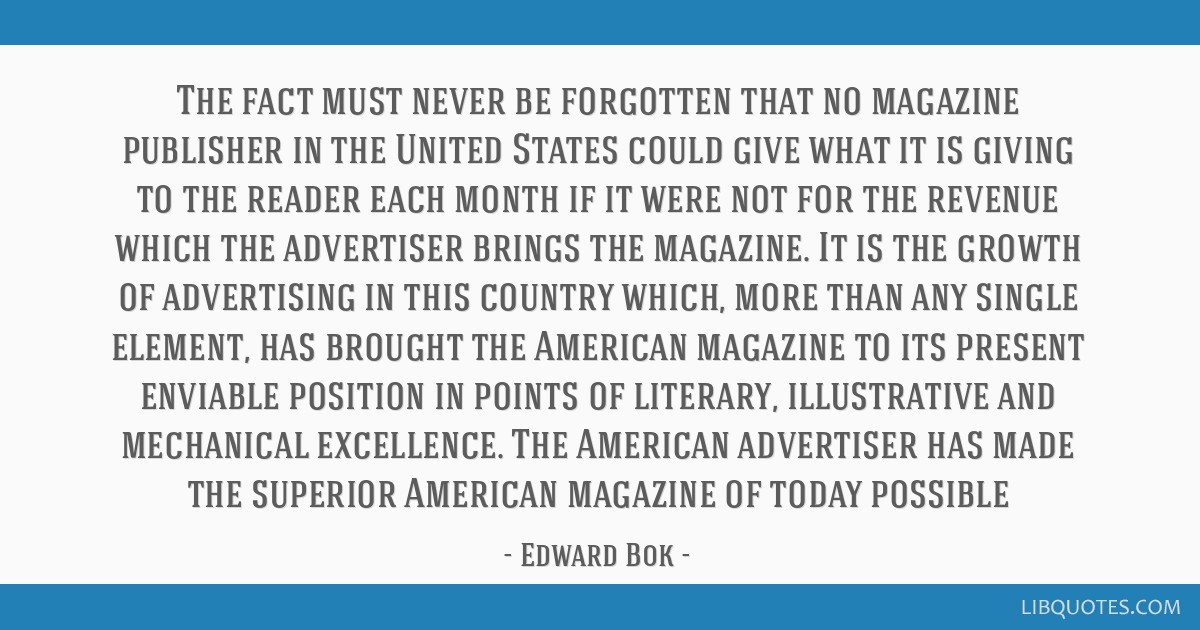 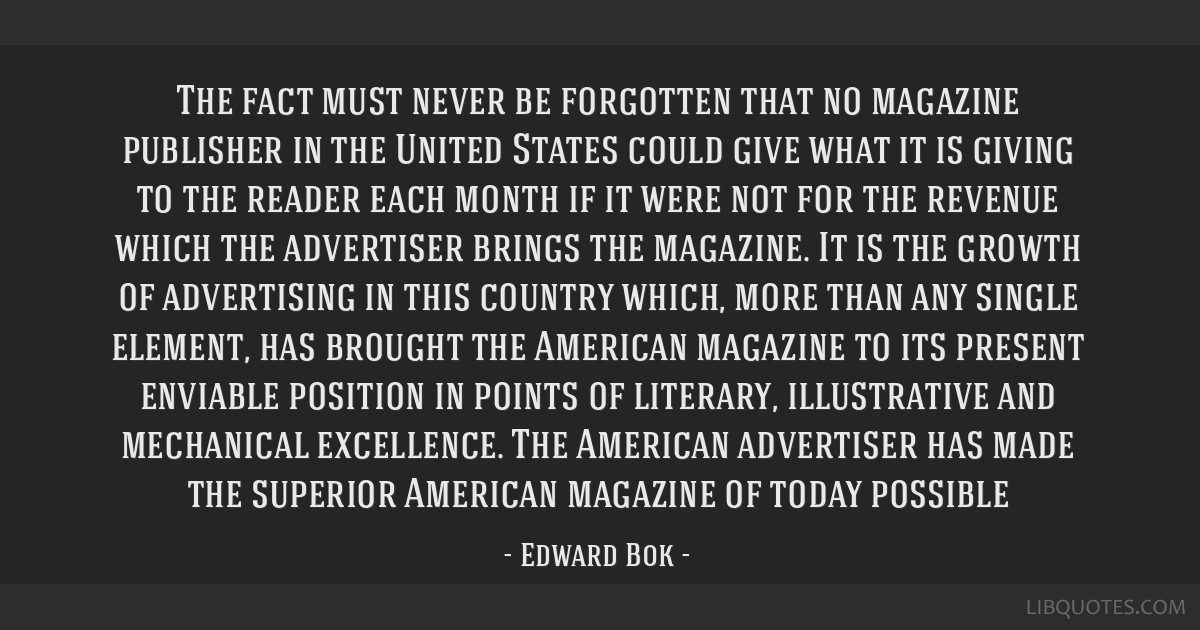 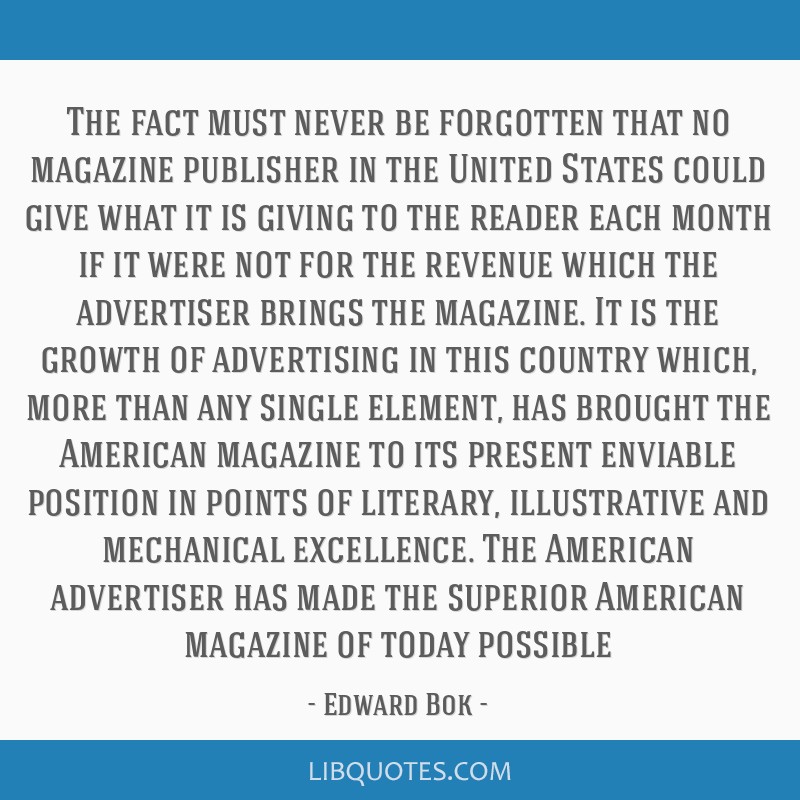 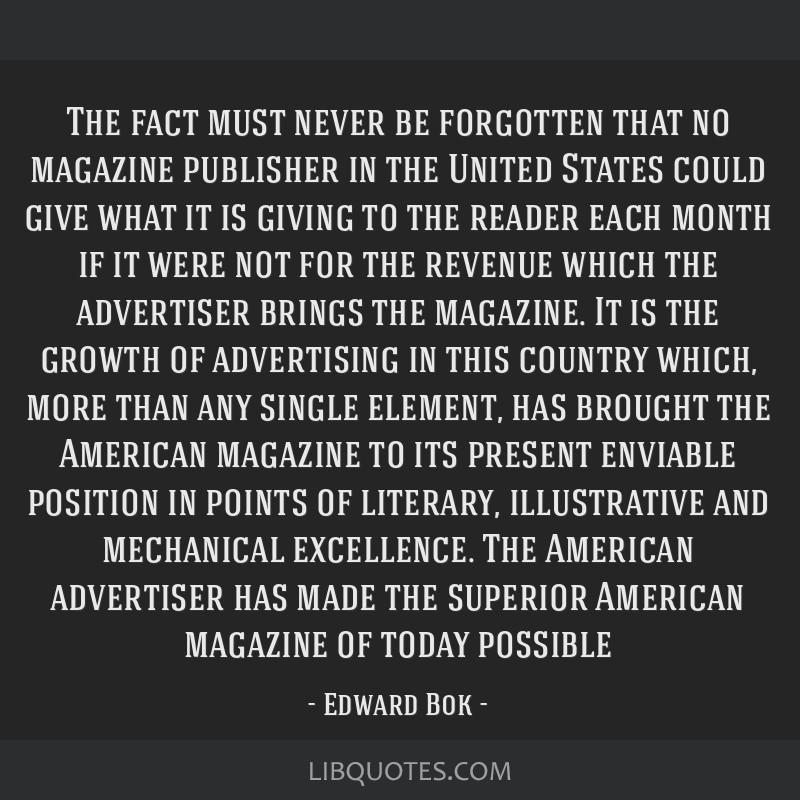 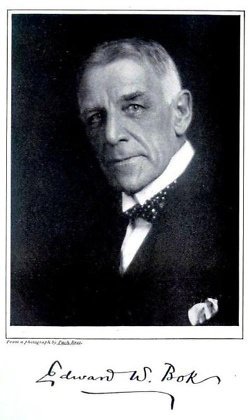