It was my ambition to fight Becerra. I didn't care where. But that very year Becerra was unlucky enough to be responsible for the death of Walt Ingram, whom he had boxed in Mexico. I don't think he wanted to fight too much after that. He continued for another year, or until he himself was knocked out over the weight in Mexico by Eloy Sanchez. Then he did retire. 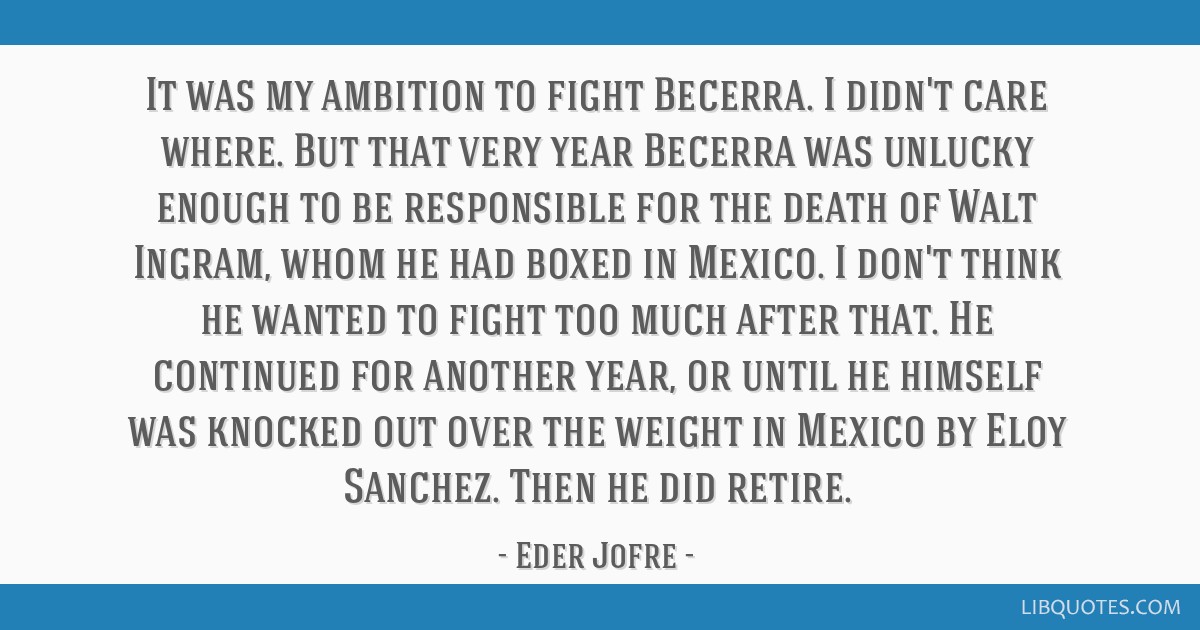 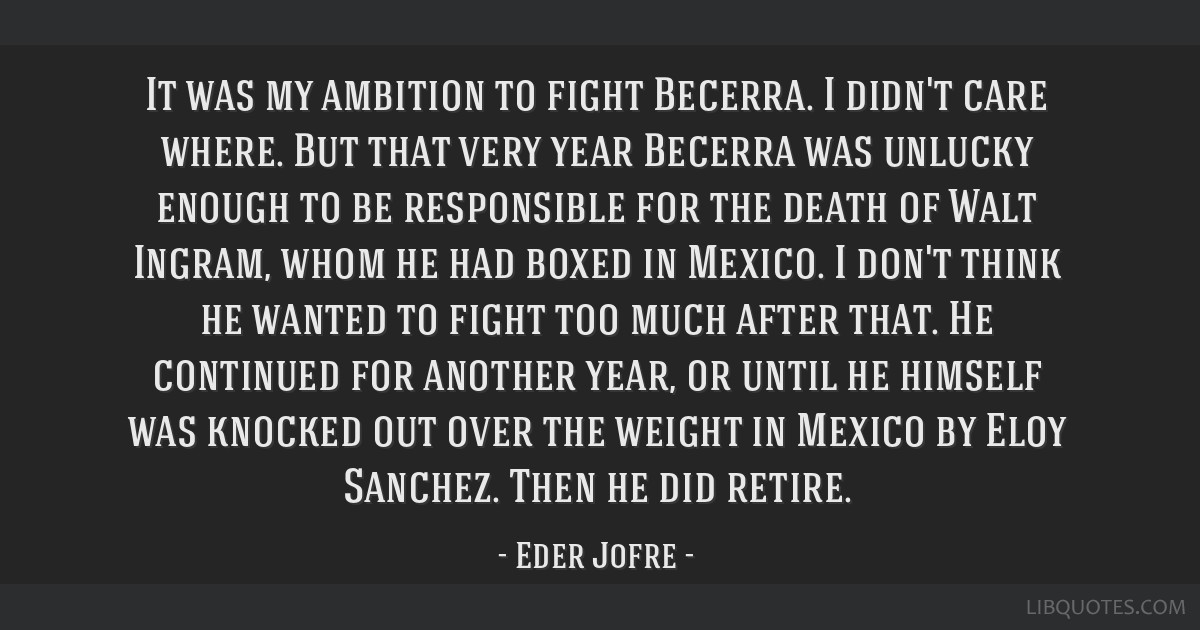 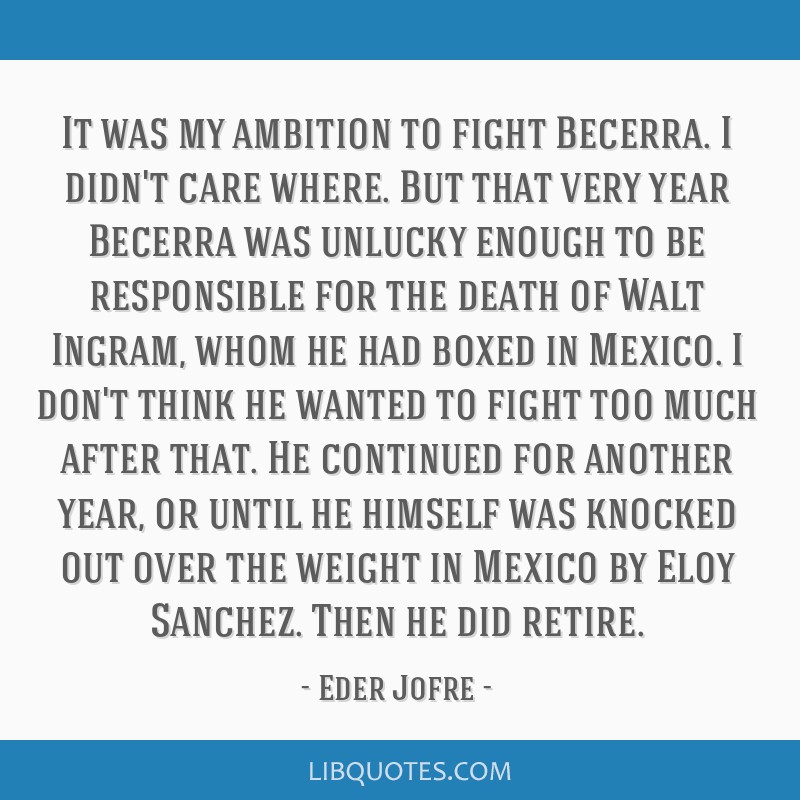 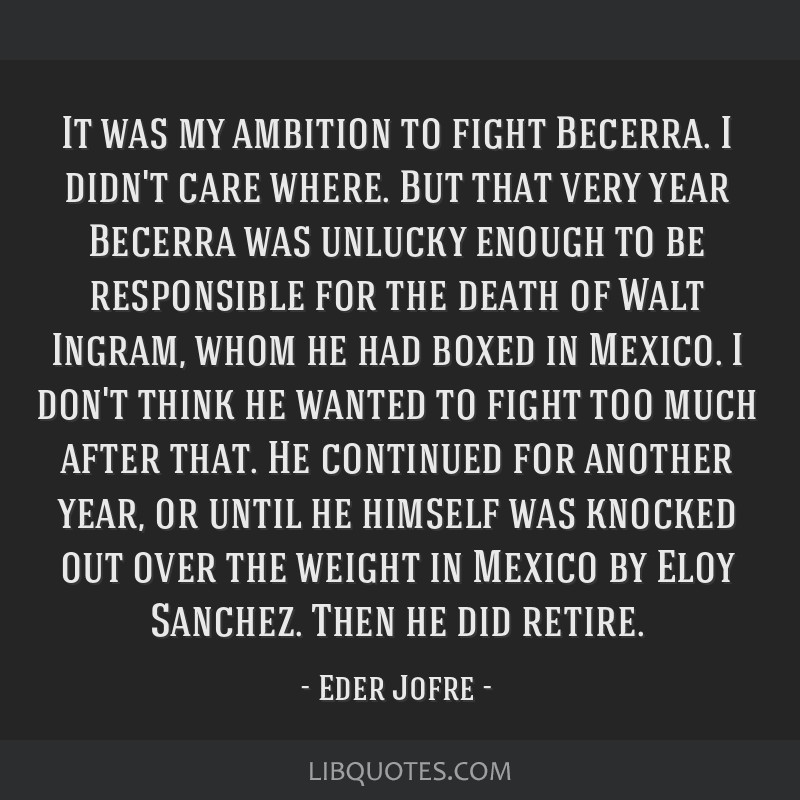